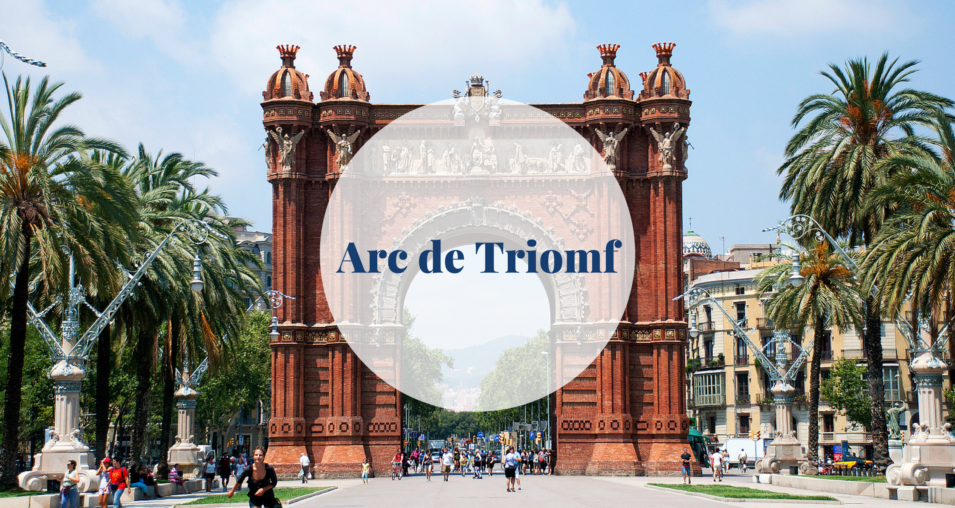 The Arch was built for the Universal Exhibition of 1888. It opened the promenade that led to the main entrance of the exhibition, in the newly inaugurated Ciutadella Park. The red-brick monument, in neo-Mudejar style, reflects the taste for ornamentation and eclecticism that was so characteristic of Catalan modernism, which was flourishing at the time. It was the main access gate for the 1888 Barcelona World Fair.

The social impact of universal exhibitions was enormous, as such events allowed the world to get to know the city that hosted them, as well as the cultural, economic, scientific, and industrial potential of each country. Therefore,  the Arc de Triomf served not only as an entrance to the 1888 Universal Exhibition but also as Barcelona’s symbolic entry into the modern age. 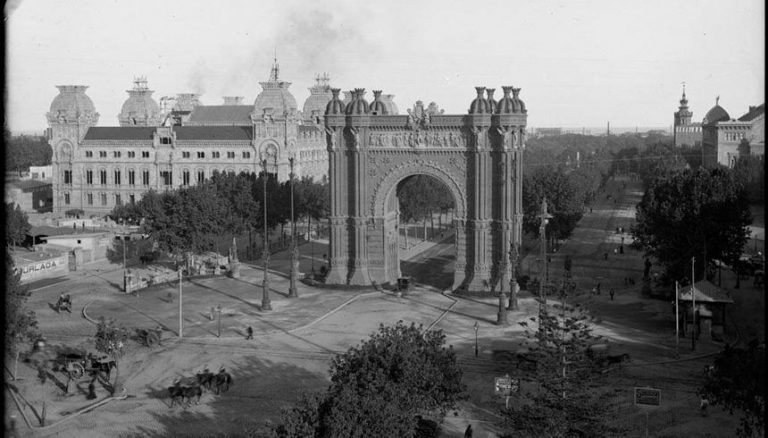 A monument in the modernist style

It was built by the Modernista architect Josep Vilaseca i Casanovas also known for CASA BATLLÓ. The arch is built with colourful brickwork in a Mudéjar style. The Arc is adorned with numerous statues and reliefs. The colourful red-bricked Arc built-in neo-Moorish-style located about 300 meters from the Parc de la Ciutadella.

If you take a more detailed look at the arc; you’ll realise that the Arc was the gateway to the modern Barcelona of the late 19th century. There is a relief overlooking the Passeig de Sant Joan which depicts Barcelona welcoming the nations and another facing the park which shows the city presenting medals to the exhibition participants. It represents the various countries’ participation in the World Expo and Barcelona thanking them for their attendance. There are reliefs on one side that symbolise agriculture and industry, and commerce and art on the other. At the top of the arch, the shields of the 49 Spanish provinces are presided over by the coat of arms of the city of Barcelona, encompassing Catalan culture and history. Symbolism of the sculptures

Designed by a noted Catalan architect, the design by Vilaseca stands out from other well-known commemorative arches, for example, the Arc de Triomphe in Paris. Instead of using sandstone or marble, Vilaseca chose to use red bricks during the construction of the Arc De Triomf.

Furthermore, the use of bricks as the main material is a distinctive feature of the somewhat peculiar architectural style the arch is built in. The arc got inspiration from Muslim architecture. The style is well-known as “Mudéjar” which emerged during the 12th century on the Iberian Peninsula. Moors and Muslims who remained in the area after the Christians had recaptured and repopulated the whole Iberian Peninsula, created this particular style. When paying closer attention to the arch, the Muslim influence in the architecture is quite noticeable. In the arc, there are twelve angels that surrounded, it represents fame. Arc de Triomf is crowned by yet another coat of arms. Moreover, the one at the top represents the arms of the Spanish monarchs. On the other hand, the pillars held by the lions, which are popular as the Pillars of Hercules.  Under the lions, even though it can be hard to spot from the ground; stands the words “Plus Ultra” – this is Latin for “Further and beyond”.

What to see in the area

From an urban point of view, the Arch is located on the border between Ciutat Vella, which extends southwards, and the modern, extra-mural Barcelona, the Eixample district, to the north.

Besides, there is a large area, leading from the Arc to the gate of the Parc de la Ciutadella. A park is also a favourite place for walking with children, street musicians, fans to relax and watch the passers-by and tourists. Here you can often find skaters who use excellent road coverage for their workouts. On some days you might see magicians and craftsmen, entertainers for children making huge dancing soap bubbles. The Arc traditionally serves as a venue for the city’s fairs. Next door is a prestigious old EL BORN area, famous for its designer shops, RESTAURANTS, and BARS. Finally, Arc de Triomf is one of the most remarkable structures in Barcelona. In addition, the arch has numerous beautifully detailed stone carvings. Above the arch itself, visitors can see carvings depicting the Barcelona coat of arms with a small crown above it. Wherever you stay in Barcelona, this site is easily accessible and is a must-see, as it explores Barcelona’s HISTORY and culture.