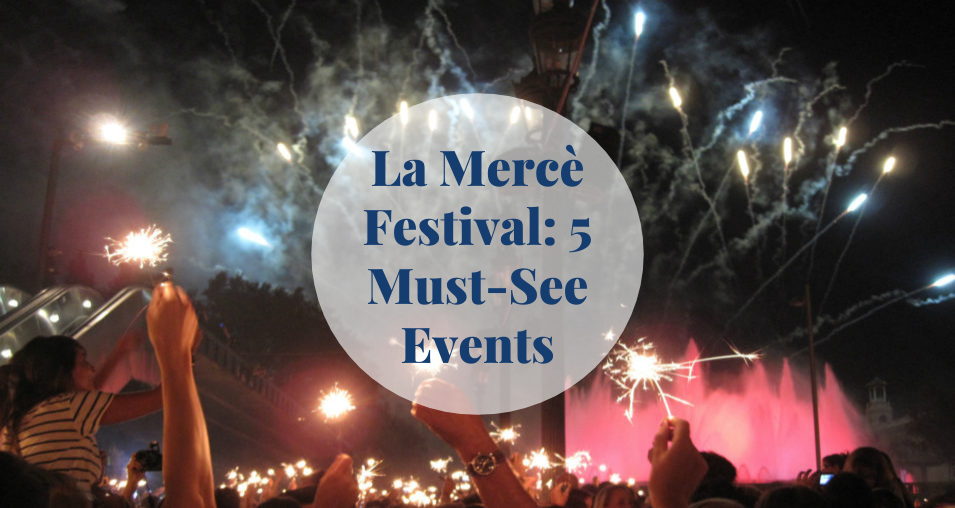 La Mercè Festival is the biggest festival of the year in Barcelona. Signifying the end of the summer, the party goes on for five whole days; starting on 20th of September and ending on 24th, which is the actual a day of feasting and a public holiday. The festival has been celebrated since 1687, when, according to the legend, the patron saint Mare de Déu de la Mercè freed Barcelona from a plague of locusts. The thankful residents of the city decided to honor her by celebrating to the fullest on the anniversary of her great act.

To fully understand what La Mercè is all about, you have to be there yourself. The festival is made up of various events and to experience them all over the course of five days would probably be an impossible task; if you want to know more about the whole festival check our article about it. So we have narrowed it down to the must-sees!

This is the opening ceremony of the La Mercè Festival. The event starts with an opening speech; which is followed in addition by a show with giants and monsters dancing on a stage in Plaça de Sant Jaume. The atmosphere and music set up the festival mood for the participants for the days ahead. However, the ceremony is a very popular event and space at Sant Jaume is limited; so you will have to be there early to get a good view to the stage.

If you’re searching for the accommodation near Plaza Sant Jaume, check out our Apartments in El Born and our Accommodations in Barri Gotic.

The Correfoc or “fire run” is a parade taking place on Via Laietana, between Plaça d’Antoni Maura and Plaça Antonio López. Fire-breathing dragons and devils with spiraling fireworks brighten the streets with sparklers bursting all over. If you’re attending this highly flammable parade, it’s better to leave your best outfit at home and cover your skin and eyes from the sparkles.

This parade will start at the Maritime Museum and head slowly towards Plaça de Sant Jaume. The giants and the beasts will take over the streets, dancing to the music played all over the route. Everyone can suit up in their goofiest outfits and be part of the crazy Monday evening celebrations.

This event has teams from various regions of Barcelona and other cities competing in the fine art of building human towers. No less than eight to ten layers of people stand up on each others shoulders, with children climbing to the top to perform at the highest level. This show can be seen on Plaça de Sant Jaume in Ciutat Vella (the same location as Toc d’Inici). The area will once again be packed with people.

This certainly magnificent show takes place in front of the National Museum of Art. The Magic Fountains of Montjüic will be bursting visually pleasing, colorful water acrobatics; while the fireworks complete the mind-blowing view. The endless crowd of people bathes in light of the fireworks and sparklers. Moreover, the show is plays to the rhythm of music, famous hits! It goes on for about half an hour and is the final big bang to end La Mercè. The fireworks can be seen from all over the city; but for the best experience and to see the whole show we advise you once again to arrive early.

In addition to these events, we recommend checking out BAM – Barcelona Accio Musical; a music festival taking place during La Mercè in various locations! 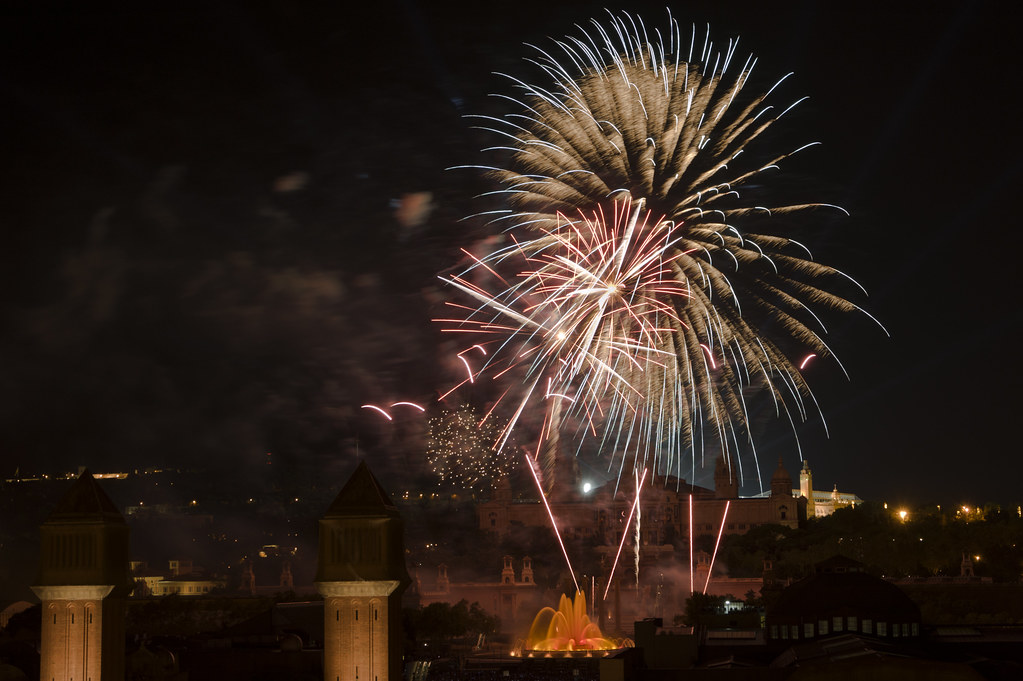 Previous: The Best Malls in Barcelona
Next: Las Ramblas