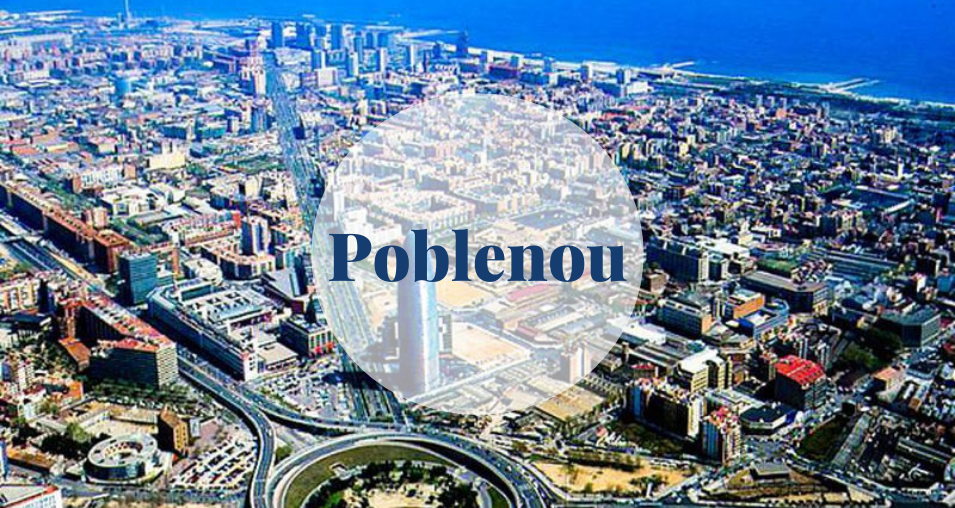 Poblenou is a neighborhood in the district of Sant Martí along the beach, further up from Parc de la Ciutadella. It is a further historian region and is a lively area to walk through.

The name “Poblenou” means “New Village” in Catalan. The area has a long industrial past and has therefore been known as Catalan Manchester. At the end of the 19th century, the area of Poblenou counted with subsequently many factories and textile mills. The remnants of industry can still be seen today through the tall chimneys and water tower still standing. 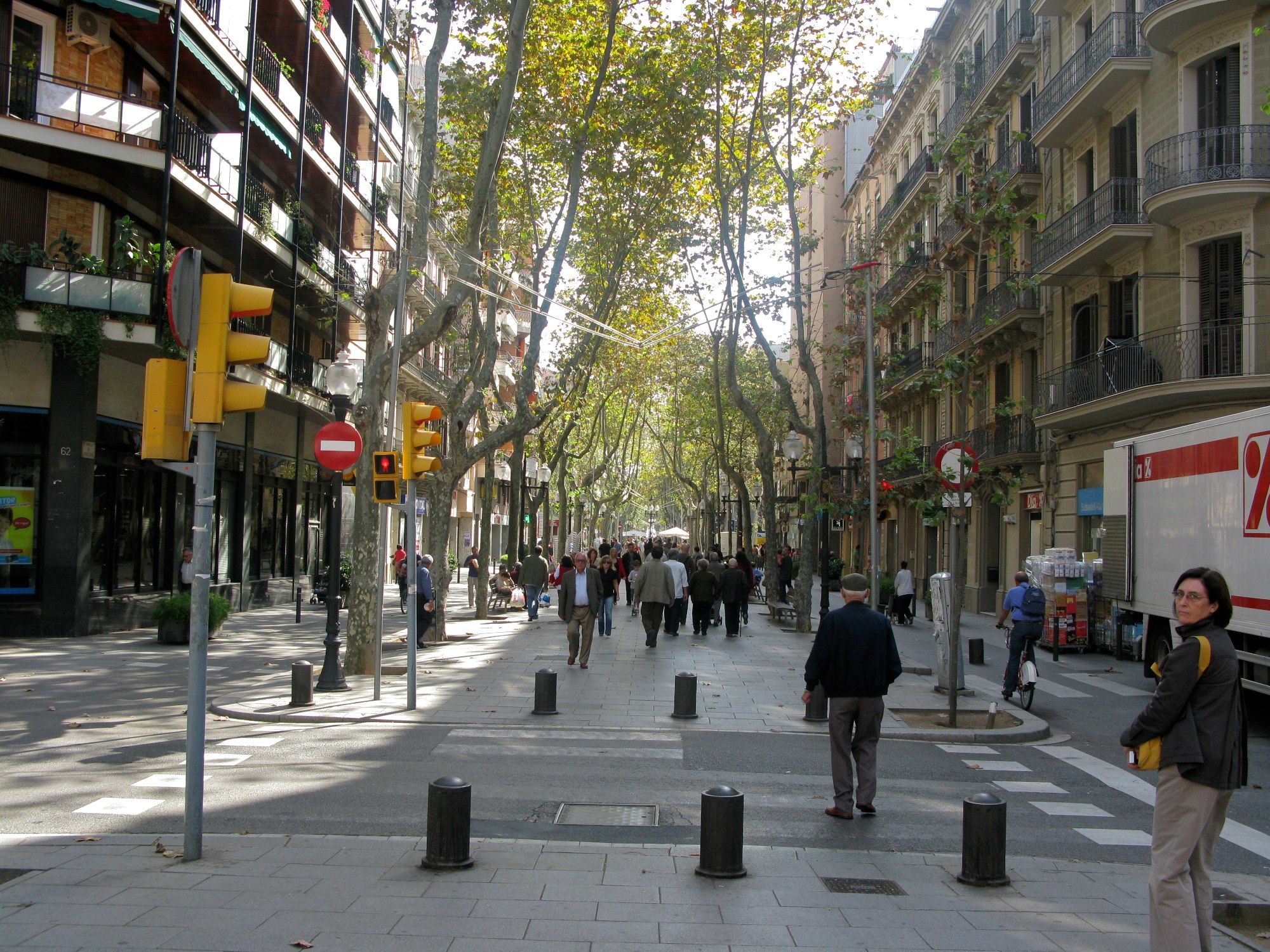 In more recent years, the area has been reinvented as part of the [email protected] Plan. The idea behind the plan was said to have take part with the 1992 Olympics held in Barcelona. The plan has helped to rebrand and regenerate the area. It is now an up-and-coming area and a new hub of economic activity, design studios and housing. In this neighborhood you will experience a perfect blend of tradition and modernity.

What to see in Poblenou

The landmarks in Poblenou

Most importanly, many notable landmarks of the city of Barcelona are in Poblenou! Certainly in this area you will find the unique Jean Nouvel’s Torre Glòries, formerly known as Torre Agbar, a 34-storey skyscraper in Barcelona that marks the entrance to the 22 @ district, located at the confluence of Avenida Diagonal and Calle Badajoz, next to Plaza de las Glorias; and also the 31-story ME Barcelona Hotel (former Habitat Sky Hotel). Moreover, you will also find the Herzog & de Meuron’s Forum Building (Edificio Fórum), an architectural landmark in a triangular shape also known as Museu Blau, the avant-garde Media-Tic Building that was triggered by [email protected] Barcelona project.; this is the main museum of natural sciences in the city of Barcelona.

Subsequently, the main thoroughfare of the neighborhood is La Rambla del Poblenou; a great pedestrian street to stroll along, one lined with local bars, restaurants and shops. In addition to the contemporary architecture there are also many modernist buildings in the neighbourhood. Moreover, ancient industrial factories, modernist architecture and modern skyscrapers from urban renewal plans are juxtaposed in this dynamic and eclectic neighborhood; where you can see two centuries of Barcelona’s history melting into one.

The other great feature of this area is that it is further full of natural parks and green spaces. The vast Cementiri de Poblenou; the Parc Central del Poblenou; the beachfront Parc del Poblenou; and all the other small gardens you can easily find on the map make this a truly green part of the metropolis of Barcelona. The design of the Parc del Centre Poblenou is all by French architect Jean Nouvel and is a colorful sanctuary set amongst the buildings.

Moreover, in the coastal district of Poblenou, Cala Blanca specializes in Mediterranean seafood which is seasonal, traditional, and always makes you feel at home.

In addition in one of the most innovative areas of [email protected] Barcelona, you have Carrot Cafe; a restaurant where sandwich-making is an art form. In a cozy and pleasant atmosphere, you can nosh on a fresh sandwich or delight in a piece of delicious cake. Poblenou always welcomes new members to join its dynamic dining scene.

How about, for instance, grabbing one of their unique drinks before or after dinner? La Orquídea has earned itself a very good reputation with fresh and delectable Mexican-Venezuelan food and further inventive cocktails. 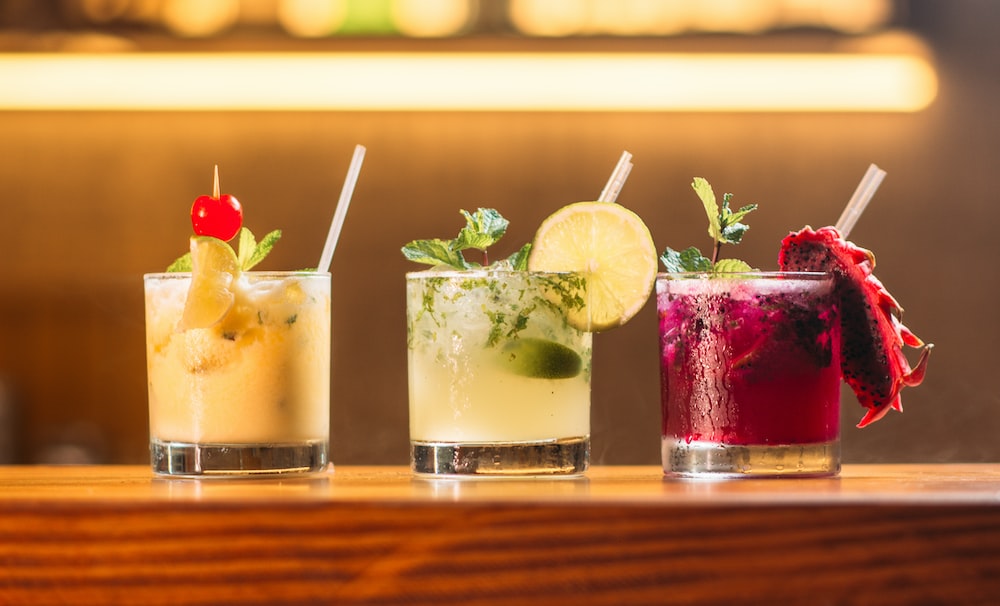 Do you want something simple and tasty? Then Muns is the perfect place for you. Subsequently, Muns specializes in small empanadas, also called “Muns”. With the freshest ingredients and exotic spices, their special flavors will explode in your mouth.

The Poblenou area is a further lovely and welcoming break from the busy city centre. This is why many visitors choose to stay here whilst vacationing in Barcelona. Moreover, Poblenou offers a more tranquil setting but still with lots to see and do. It is also conveniently home to the several beaches and boasts great public transportation connections if you wish to explore the rest of the city.