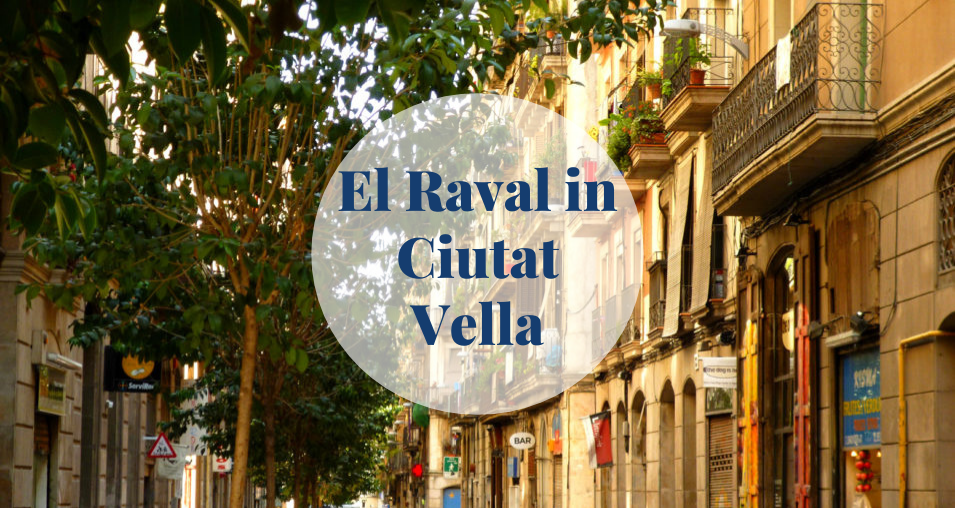 The term Raval derives from the Arabic word Rabad which means neighbourhood. Raval is part of the historic district of Ciutat Vella and is one of the two neighborhoods that border La Rambla. Its construction dates back to the Middle Ages, when it once was one of the poorest areas of the city and consisted of gardens, markets, religious and medical institutions. Raval is alive during all hours of day and night, it offers a central location within walking distance of many of the other popular areas such as the Gothic Quarter and Eixample. The nearest Metro stops are on Las Ramblas, Barcelona’s most famous street!

Due to the low density of the urban population under the influence of the industrial revolution, Raval entered the industrial age. In effect of industrialization, there were waves of migration that came from the other regions of Catalonia; which in turn transformed Raval from what was once an industrial zone to what it has become today, a residential area. By 1854, when the wall around the old city was demolished, the city began to grow beyond it. It eventually overflowed with residents from the Raval, so the middle class began to invest in the construction of new districts; and gradually moved from the old center of the city and into the new districts. This left Raval to the poorest immigrants and residents. The low prices for house rentals attracted illegal newcomers and people that have problems with the law.

Due to the state of surrounding countries during and after the Civil War, factory production grew; which meant a massive growth in employment and in turn, the surge of immigration. As a response to the growing need for housing during the 1930’s, apartment blocks with communal apartments were built. El Raval was a key process of urban transformation. There have been numerous projects that have been designed to re-organize the city center; in particular, PERI plans were prepared for Raval in 1985. The PERI of Raval was changed in 1995 and completed in 2000. The first intervention subject for the PERI of Raval was the opening of Rambla de Raval.

What to see in Raval Barcelona

Raval is a lively, multi-cultural neighbourhood with a large variety of exquisite cafes and eateries. The area has also become fashionable being host to a wide variety of one-off privately owned boutiques, art studios, galleries and trendy bookshops. The food markets of Mercat San Antoni and La Boqueria on Las Ramblas tantalize your taste buds with stalls spilling over with fresh fruit and vegetables and selling local produce such as chorizo. Here are just some of the amazing sites to see and culture fixes to explore during the day.

The Contemporary Culture Center is one of the most visited cultural and exhibition centers in the city of Barcelona. In the same vein, it also has the city and urban culture as its main theme.

The Güell Palace is a building designed by Antoni Gaudí and subsequently framed in the current of Catalan modernism. It is located on Nou de la Rambla street in Barcelona, near the port and the city’s promenade. 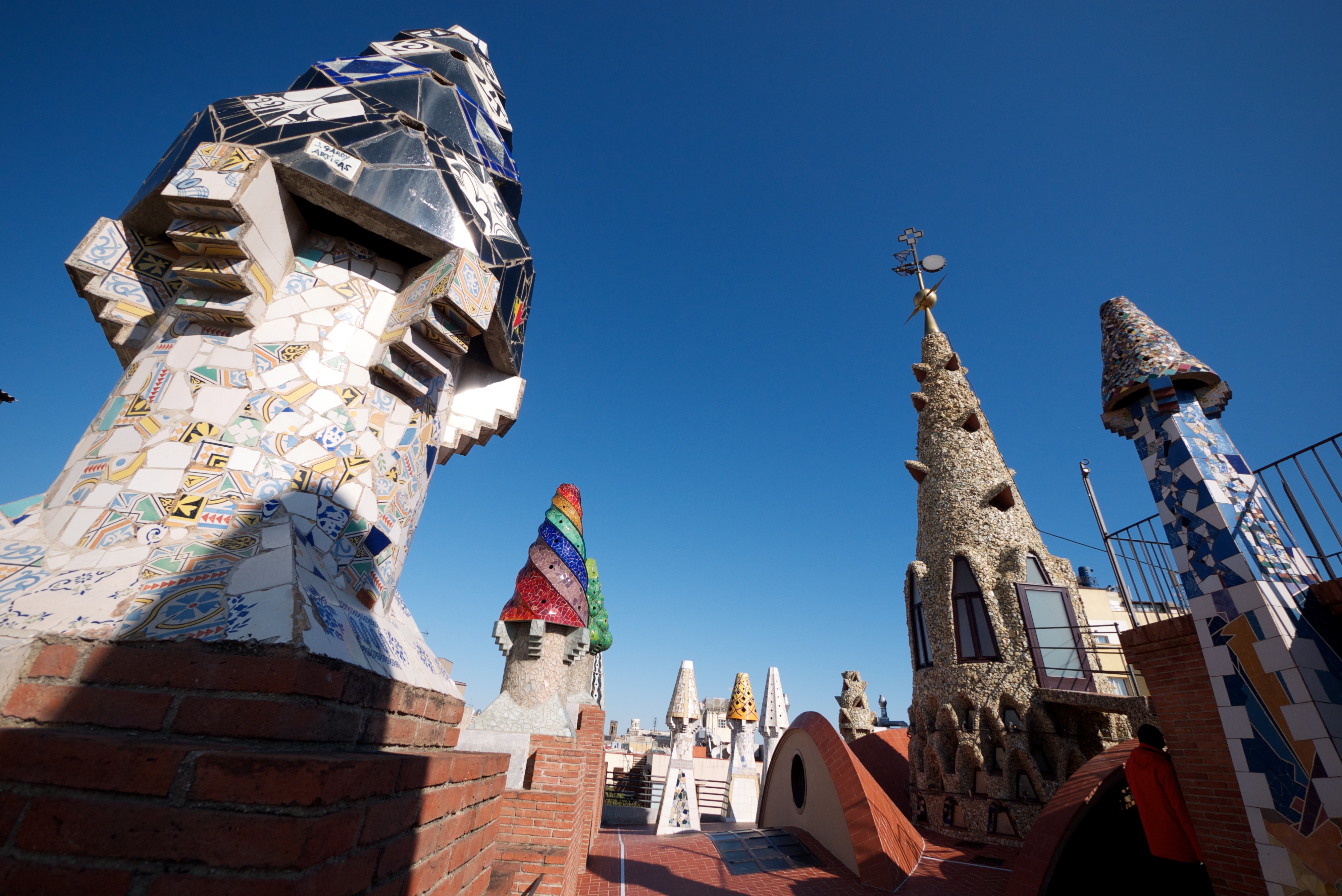 The Gran Teatro del Liceo de Barcelona, known as El Liceo, is the oldest and most prestigious active theater in Barcelona, especially as an opera house, among which it is considered one of the most important in the world. 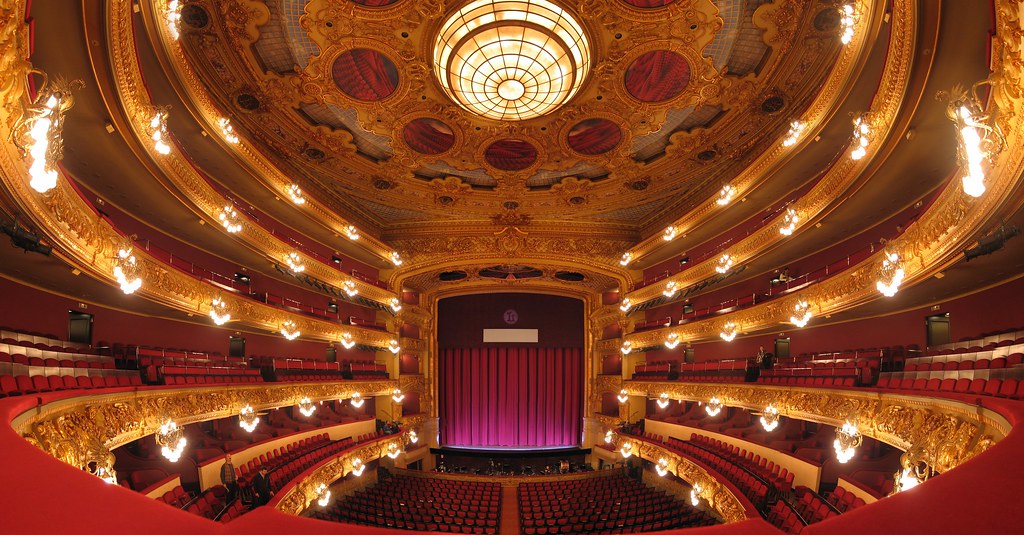 Operating hours: The guided tour of the Gran Teatre del Liceu takes place from Monday to Friday at 9:30 and 10:30; and the quick visit, every day at 13:30

Where to eat in Raval Barcelona

There are dozens of exciting and lively bars, restaurants and clubs in Raval. Especially if you are in the mood of Arabic cuisine, you know where you should go. The truth is that you even can be fulfilled with British snack fish and chips. Above all with la Rambla so close, bars and clubs stay open until the early hours making Raval perfect for those wanting to party and mix with like-minded people. The nightlife in Raval is one of the main attractions for tourists visiting Barcelona; above all with popular clubs like Jamboree and Boulevard, the night is always young in Barcelona! Some of the best places to stop by and grab a bite are listed here, for instance:

If you are craving some Italian dishes be sure to check out Da Nanni Tallers; a popular pizzeria in Raval, serving some of the tastiest foods!

L’Ovella Negra is a chill place to pamper yourself with inexpensive beers in an alive atmosphere. Moreover, a tavern with a young atmosphere containing century-old walls that serves sangria, beer and cold cuts! 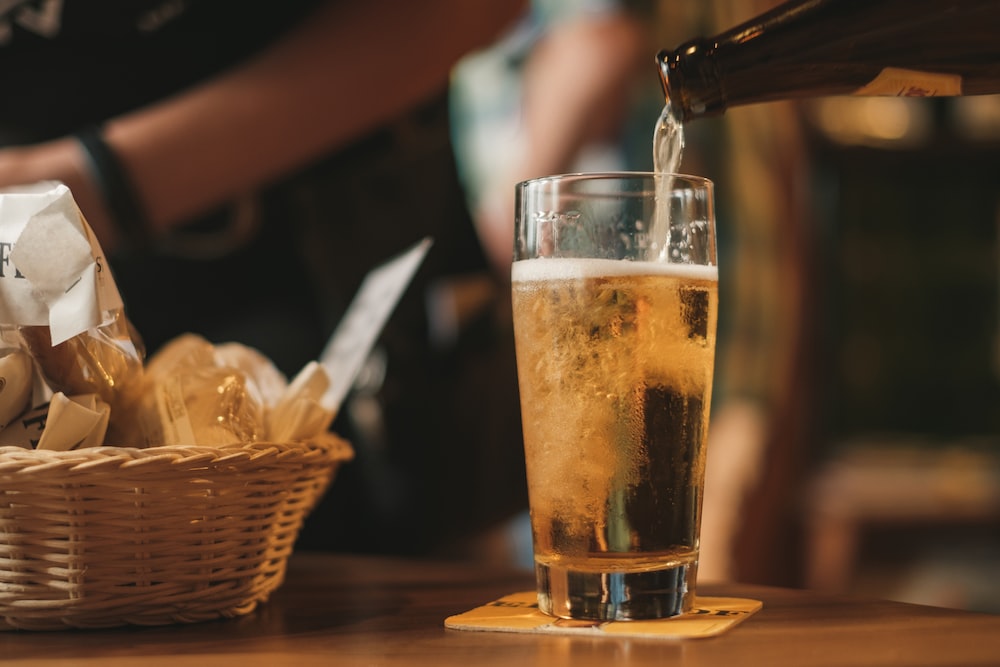 Where to live in Raval Barcelona

In terms of location, Raval further gives you excellent access to many of the city’s main attractions which are within walking distance. However the area can be a little noisy, after all it is in the heart of Barcelona; so be careful if you are a light sleeper. In terms of accommodation in Barcelona; most importantly for your stay there are spectacular apartments to rent for family holidays, visiting with a group of friends or even rooms for couples. 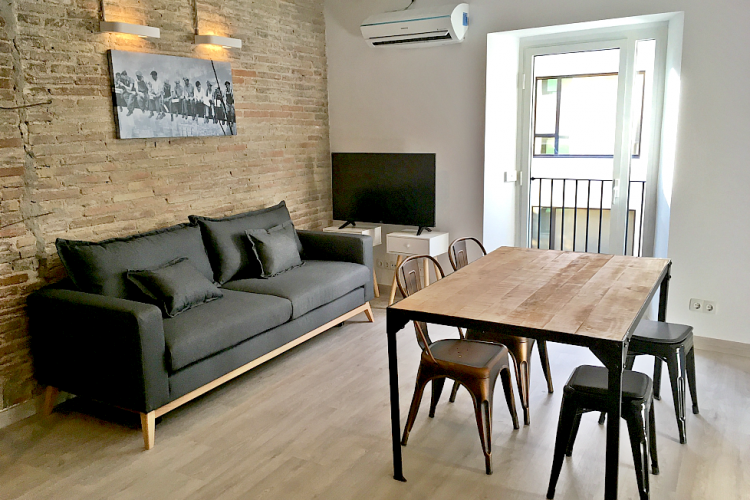 This modern studio has one sleeping area and a spacious living room. The living room is decorated with a modest sofa, a dining table, a large tv and a balcony. The kitchen shares the same space as the living room and has ample storage space and all the basic necessities. 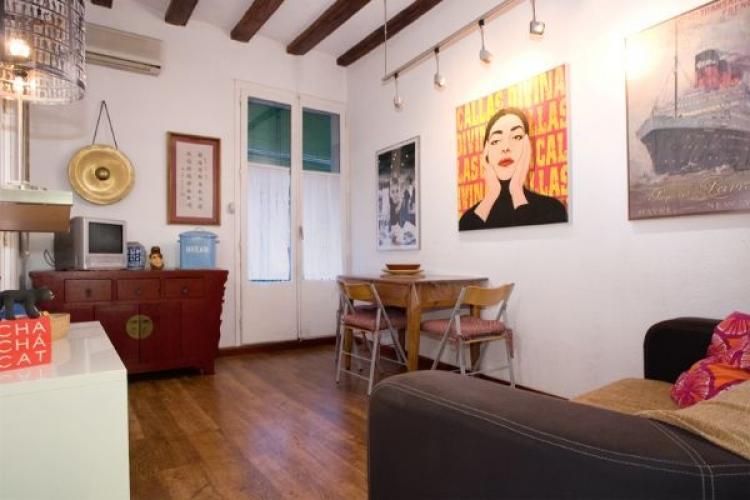 This artistic apartment, situated in Ciutat Vella, merges the district’s history with the charm of urban style and mix pop art decoration with asians decorative elements. It is an ideal space to live the real life of Barcelona, with simplicity and this bohemian touch so typical of Barcelona.

There are endless advantages of living in the heart of the city, it’s the ideal holiday destination, above all it’s local and easily accessible to all the other areas of Barcelona. You can in addition view and rent apartments in Barcelona!