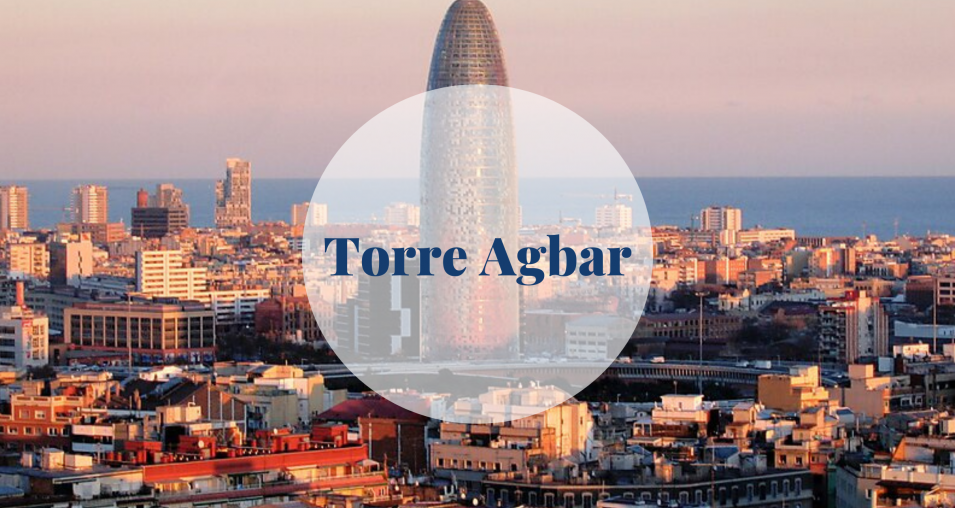 The Torre Agbar is a 21st century skyscraper situated at Barcelona’s Plaça de les Glòries Catalanes. The building is home to the Agbar Group is a holding company whose interests include the Barcelona water company that the tower is named after. It was designed by the French architect Jean Nouvel and opened in 2005. However, it was officially inaugurated on 16th September 2005 by the King of Spain. 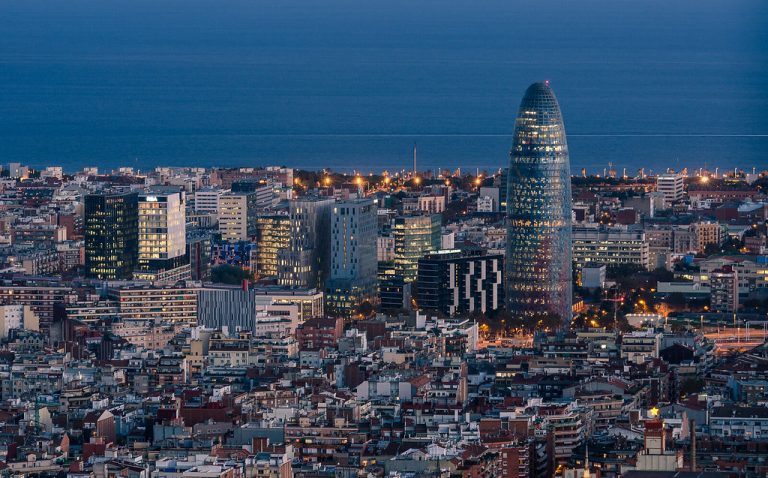 Jean Nouvel was a fervent admirer of Antoni Gaudí’s genius. Therefore, he wanted the shape of the Agbar Tower to echo that of the towers of the Sagrada Familia. Like Gaudí, the architect was also inspired by the rounded curves of Montserrat, a famous mountain range located about 60 kilometres from Barcelona.

Nouvel identifies his architectural work as “a fluid mass that gushes up from the ground like a geyser under a permanent and calculated pressure”. The surface of the building evokes water : smooth, continuous but also vibrant and transparent as the material is red in colour, uncertain, luminous and nuanced. This architecture comes from the earth but does not have the weight of stone. However, it could be a distant echo of old Catalan formal obsessions carried by the mysteries of the wind on the side of Montserrat.

Structure of the Torre Agbar

Barcelona’s Torre Agbar measures 144.4 m (473.75 ft) in height and consists of 38 stories, including four underground levels. As a matter of fact, its design combines a number of different architectural concepts. Resulting in a striking structure built with reinforced concrete, covered with a facade of glass, and over 4,500 window openings cut out of the structural concrete, overlooking Barcelona.

Moreover, the building is the third tallest building in Barcelona, only after the Arts Hotel and the Mapfre Tower, both 154 m. Indeed, a unique feature of the building is its nocturnal illumination. It has 4,500 LED luminous devices that consequently allow a generation of luminous images on the facade. Additionally, it has temperature sensors in the outside of the tower that regulate the opening and closing of the glass blinds of the facade of the building, reducing the consumption of energy for air conditioning.

It is possible to observe the illuminated tower at the following times:

Are you planning a trip to Barcelona and looking for somewhere to stay? Why not take a look a the available apartment rentals on our website! Please feel free to contact us with any questions you may have.

Next: What should you know about Spanish language exam DELE?