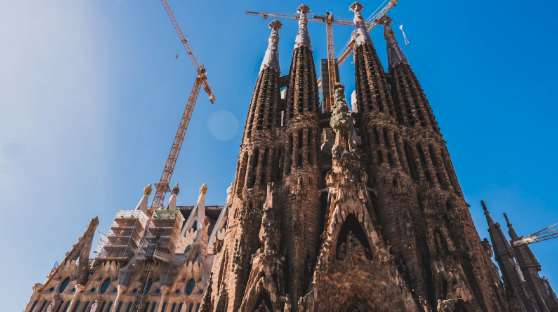 When we hear the word Barcelona, we first think about the football club, well-known for its famous players.

But along with football, Barcelona is also known for its beautiful architecture, local streets, vast ocean, sangria, and beautiful sunlight. And all of these things make it a perfect vacation spot for most people.

If you are one such person interested in vacationing in Barcelona, here are eight Barcelona facts that you should know to enjoy city life fully.

Is Barcelona A Perfect Place To Visit?

Barcelona is a place to feel the warm weather, light, and energy. But city life is an open space filled with lovable people and beaches that you must view once in your lifetime.

April and May are the perfect time to visit Barcelona for a bright spring climate experience.

Also, while traveling in Barcelona, you may generally find open WiFi networks in cafes and other public places. As a precaution, never connect to these open networks without a reliable VPN for the browser, as your device may get hacked and lose data.

If you use Chrome, we recommend a VPN for traveling. You can install the VPN free, a reliable VPN provider that transmits your data through a secure, encrypted channel.

The best part? You can access blocked channels and websites in Barcelona with this VPN.

8 Facts About Barcelona You Didn’t Know

Even though city life in Barcelona is known for its carefree style, it wasn’t the case in the past. Initially, Barcelona or Barci, was a small city colonized by the Roman Emperor Augustus.

He also built a beautiful temple that expressed his honor. This temple is still available, and you can visit them during your next trip to Barcelona.

Before 1990, the beaches in Barcelona remained closed since it was not fit for public visitation. But later, during the designing process of the Olympic 1992, the government cleared the beaches, and they expanded green spaces to make them a better place for tourists. You can visit the entire city and its hotspots through a three-hour bike tour on the beaches.

Although the United States is the largest country in the world, it has just 23 UNESCO World Heritage Sites. But Barcelona has nine sites which is a lot compared to most countries in the Global space. Out of these, nearly seven belong to the genius architect Gaudi. There are also separate walking tools available for viewing his beautiful architecture.

4. Fans Own the FC Barcelona

FC Barcelona is a unique team owned by its fans rather than a single owner. With nearly 140000 members, the team is one of the best and most successful clubs, but some largest stadiums belong to them.

So make sure to visit Camp Nou during your trip to Barcelona to experience the stadium that made you one of the greatest football players in history.

The Barcelona people speak Catalan, and they reflect their identity in each part of the city. From the morning market to education, the natives follow this language despite the reparation under general Franco. The city reclaimed its identity in 1975, and 80 percent of the population is well-versed in their native language.

It is not just a beautiful city, but Barcelona is also spooky, with the village underground hidden under their busy streets.

You can visit the year-long forgotten metro station, a famous raid shelter during the Spanish civil war. Currently, they are abandoned, and you can see these sites in Barcelona.

After the 1992 Olympics, the city had an urban transformation that altered the ear architecture. Hence they received the Royal Institute of British Architects award, which was given to a single person.

But their transformation was so convincing that the committee recognized the entire city. This event makes it the perfect place to visit on vacation.

8. Their Experience With Anarchy

Even though it is a happy field, the city, now Barcelona, still facing its tough times in 1930, is under the rule of Anarkali. The town had several street battles between the political groups, which made it pretty general for the act of violence, theft, and other illegal activities.

But later, during the end of the Spanish civil war, the country faced its independence and experienced a peaceful environment.

Barcelona is a beautiful city with years of history and heritage that you can enjoy. They fill the entire town with authentic architecture and museums that make your travel a good event.

You can also enjoy the beach and taste their local food. Visiting the city during the football season will be good for you to have extreme love and affection for the sport.

2023-01-05
+xavi
Previous: 8 Most Important Things You Need To Know Before Moving To Barcelona
Next: Where Are Top Places You Should Stop At In Barcelona?