Home / Leisure / All about the FC Barcelona team 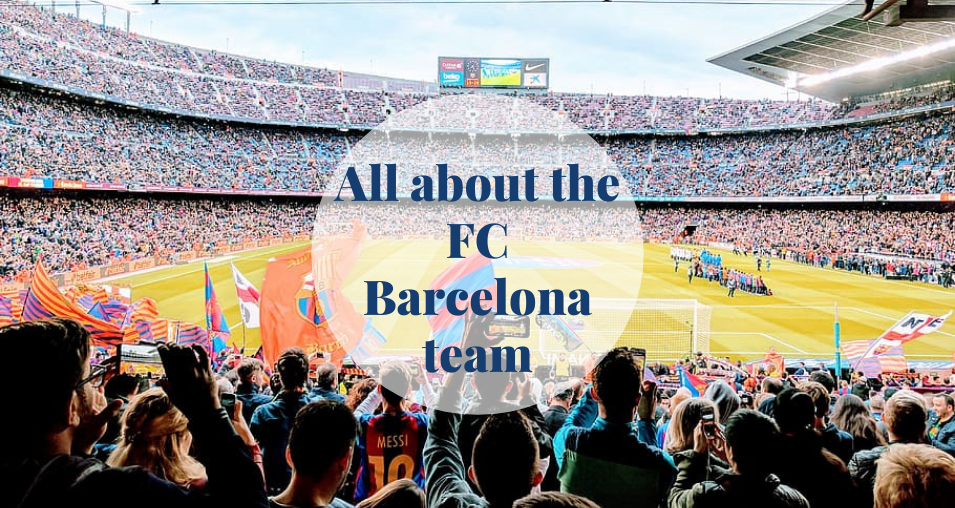 All about the FC Barcelona team

FC Barcelona was originally formed in 1899 by Hans Gamper, a Swiss immigrant; who placed an ad in a sports magazine asking for those interested in forming a football club in Barcelona. The club was then formed and comprised of both Catalan and foreign players. Ten years after, the club’s first stadium on Carrer d’Industria was built.

Members grew significantly and continued to do so up until the present day; moreover from a few hundred to now well over 100,000 members worldwide. In 1957, the new Camp Nou stadium was opened  with an initial capacity of 90,000 which has increased to 110,000 making it the largest football stadium in Europe.

History of the club

The Fútbol Club Barcelona was founded in November 1899 by a group of twelve football fans; led by the Swiss Hans Gamper through an ad published in the magazine Los Deportes in October of the same year. Among the twelve founders of the club there were six Spanish, three Swiss, two English and one German. The original name chosen was “Foot-ball Club Barcelona”, in English, and Walter Wild was appointed as the first president of the club for being the older person among those present.

More than a club “Més que un club” came from the acceptance speech of club president Narcís de Carrera in 1968. It still emanates great significance for the club today as it continues to grow not only in size but also into other sectors and sports. The club now doesn’t just consist of a football club but also men’s, women’s and wheelchair basketball, roller hockey and handball teams.

Both the club and its fans are nicknamed «culés»; and also, in reference to their colors, «azulgranas» or «blaugranas», as it appears in their anthem, the «cant del Barça», which in its second line mentions «som la gent blaugrana» (in English, «we are the azulgrana’s people »).

In 1994, the Barcelona Foundation was set up  as a non-profit foundation linked to the club as part of their corporate social responisibility. It has various partnerships with several organisations including UNICEF in which the Foundation donates 1.5m annually and bears the UNICEF logo on their shirts in support. Since 2010, players and staff have also contributed by donating a percentage of their wages to the organisation.

If you are lucky enough to be in a trip to Barcelona during the dates for a match; then we recommend that you book the tickets as soon as possible. This kind of tickets often sell out 1-3 weeks before the match; especially for the most important matches. You can book tickets online easily; and they can cost €50 upwards depending on the match, where you are seated and how far in advance you book.

If you are not able to see a match during your stay, then a tour of the stadium and museum is the next best thing! One of the main characteristics of F. C. Barcelona is its multi-sports character. This refers to being one of the most successful multi-sports institutions; Among which are its football, basketball, handball and hockey sections, and the Olympic medalists who have represented the Blaugrana entity have won gold, silver and bronze in the different sports disciplines.

Moreover, for the up-to-date opening times throughout the year it is best to check the official website.

How to get to the Camp Nou

Depending on the access door you have on your FC Barcelona ticket at Camp Nou; it is advisable to get off at the closest station:

Even for those not interested in football, the club has had a unique role to play in the history of Barcelona. Certainly, It is worth at least a visit to the stadium; to learn about the fascinating past of one of the largest football clubs in the world. Moreover, for those looking for their ideal accommodation in Barcelona during their stay in the city, don’t hesitate on contacting us or visiting of website.