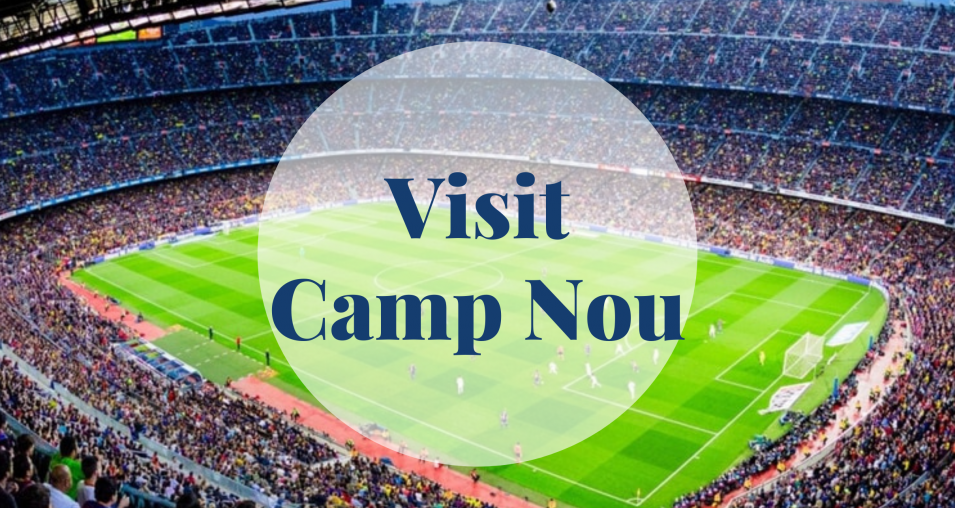 Last Saturday I went with my friend to visit the famous Camp Nou. He was so anxious about going as he expressed how this experience would be the high point of his visit! We took the blue line in metro to Collblanc and then wondered why there were no signs of the route to the 3rd biggest stadium in the world. Finally, we asked some people and found it.

It was such a big area and firstly, we only strolled through the areas with free access. Then, we decided it was time to  explore the  famed football stadium. We then paid 17 euro per person to get in and went to pick up the audio guide; which was an additional expense.

In the beginning, there was a short 3D film where they showed the teams roster. Also, you can learn much about the stadium and the FC Barcelona due to it being home to the club since its construction in 1957. You can visit the place where the players of FC Barcelona come to attend the press conferences as well as great views of the field.

It is a UEFA 5 star rated stadium and has hosted numerous international matches at senior level and champion league finals. Camp Nou has also hosted musical performances and other non-football events. Artists who have performed at the stadium include: U2, Pink Floyd, Michael Jackson, Madonna and many more. 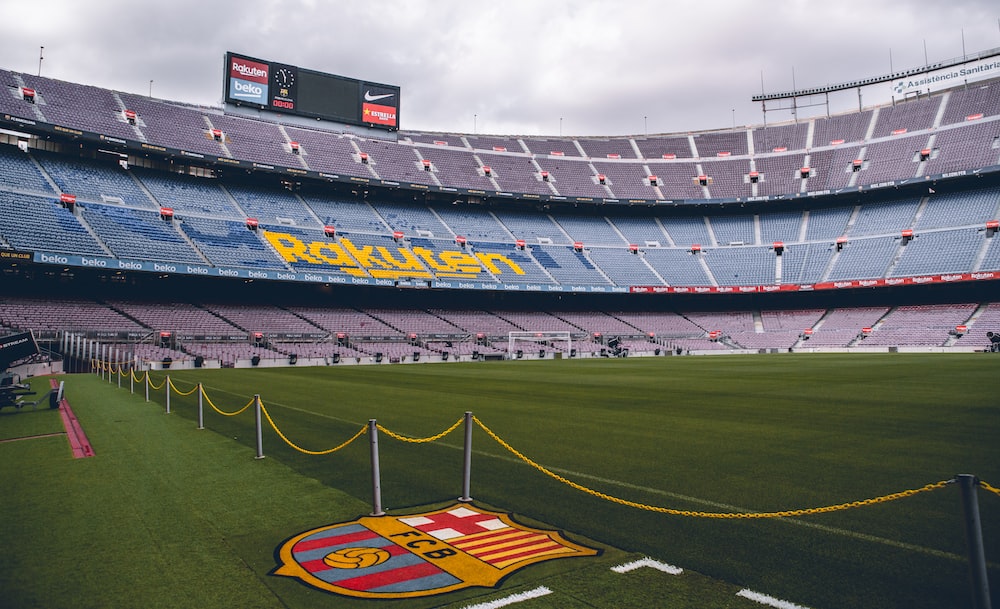 It is really worth seeing, and in my opinion, a great experience when visiting Barcelona. The area also hosts a big fan shop with all types of products you can purchase to remember your trip to the stadium. You’ll have a great day at Camp Nou, without a doubt!

Located in Barcelona in the district of Les Corts, Spain, FC Barcelona is the resident club since its inauguration. With a capacity of 99,354 seats, Camp Nou is the largest stadium in Europe and the twelfth largest in the world.

Camp Nou was built in after a particularly successful period for FC Barcelona, symbolized by the performances of Hungarian László Kubala. It is located in the same district as the former Estadio de los Corts or Camp Vell. Taking more than three years to build, this complex initially had a capacity of 93,000 spectators. It was inaugurated on September 24, 1957 with a solemn mass and the blessing of the stadium by the Archbishop of Barcelona, Monsignor Gregorio Modrego. 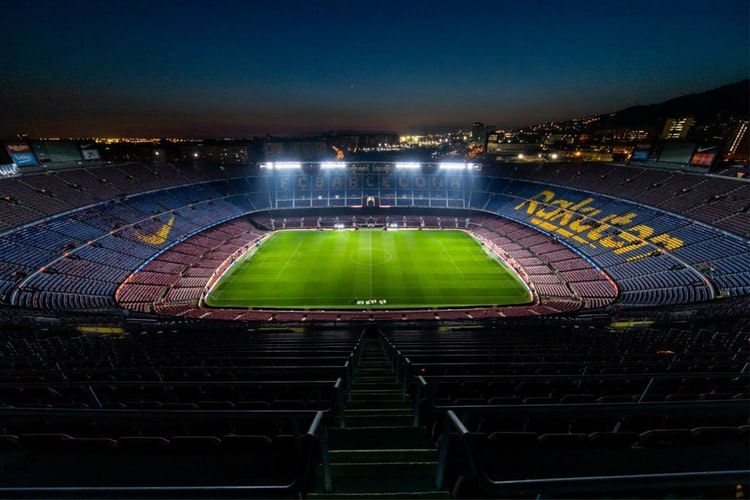 In the years that followed, Camp Nou saw few changes, such as the increase in it’s capacity to 120,000 seats before the 1982 World Cup; as well as the opening of a club museum in 1984.

Then, in 1993, 1994 and again in 1998, the stadium underwent further renovation work, which enabled it to meet the safety standards set by UEFA. Later, the capacity of the stadium reduced to 98,772 seats. Finally, in 2000, FC Barcelona organized a vote to change the name of the stadium. 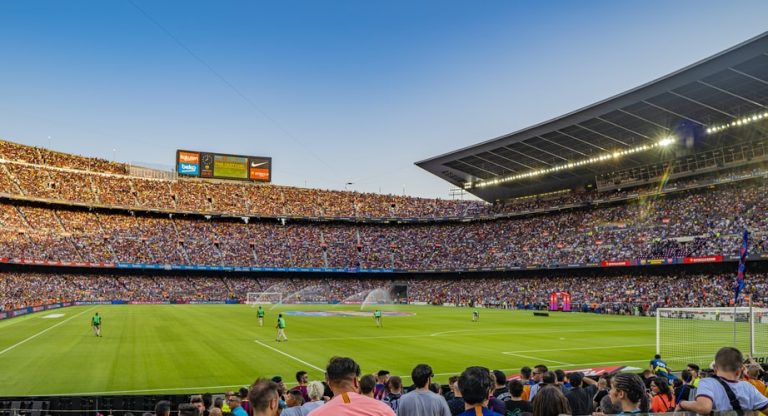 The Catalan stadium has the particularity, like some other stadiums in Europe (Goodison Park in Everton for example), of housing a chapel in its bowels. Indeed, the place of worship is located right next to the dressing rooms. Also, at its center, it houses a statue of Saint Mary of Montserrat. This is another symbol of the power of the Catalan identity, which can be found even in a chapel. Creating with modern style, it has two colored stained glass windows and can accommodate about fifteen people. 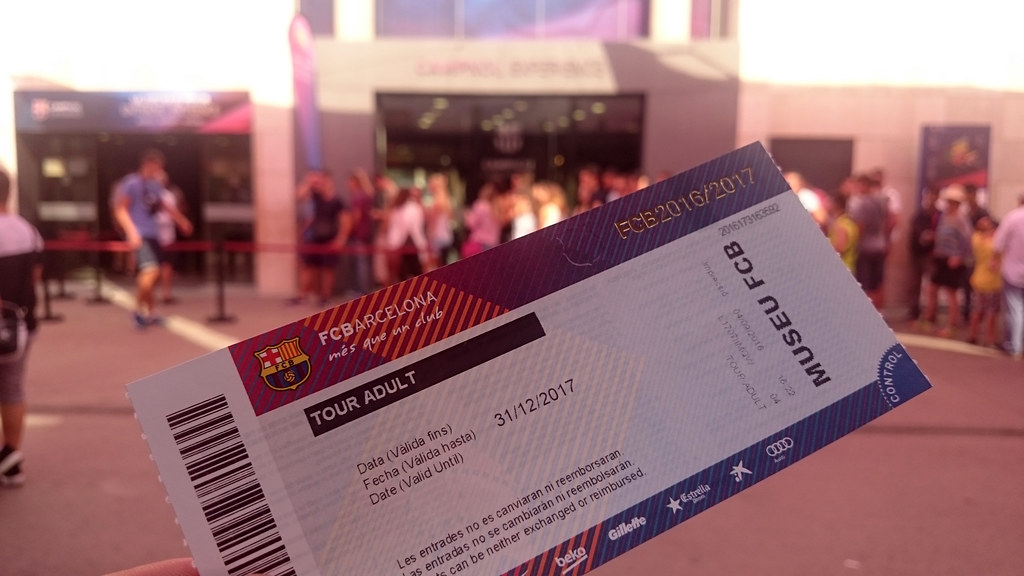 You can choose one of the two different metro lines that arrive at Camp Nou:

Depending on the access door you have on your FC Barcelona ticket at Camp Nou, it is advisable to get off at the closest station:

Previous: Barcelona-home, people from all over the world
Next: Shopping in Barcelona