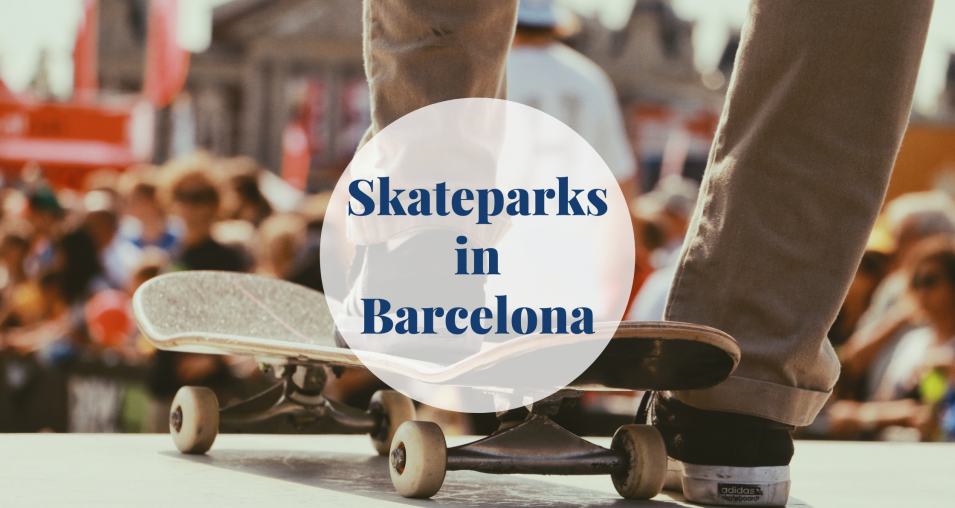 Are you wondering if you will be able to find skateparks in Barcelona? When you come to the city, you will quickly notice the huge number of skaters all over the city. The city is known by many to be Europe’s capital for skating and even one of the best cities in the world to practice this sport! Skaters ride in every part of the city, in places perfect to skate but also in a lot of squares and streets where good tricks can be made.

Skating became popular in the 70’s. Then a lot of skateparks were built for the Olympic Games of 1992 in Barcelona, which provided the city with the best infrastructures for skaters. Here are the most famous skateparks: 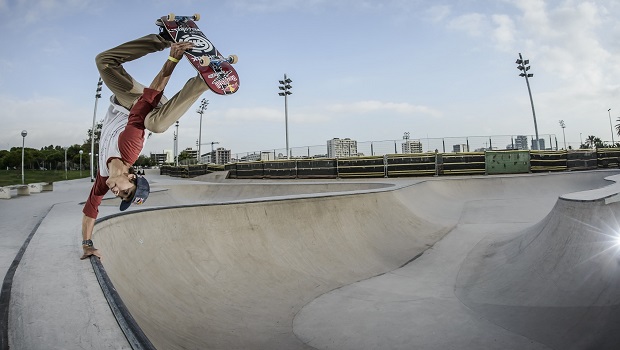 This is a brand new skatepark in Barcelona, built to replace the old mythical Mar Bella Skatepark that was quite damaged after many years of intensive skating there. It has a lot to offer to skaters: deep bowls, pools, snakerun, rails, stairs,… Pretty much all you need to practice your tricks and enjoy your time there. This skatepark is situated at Parc Esportiu, a great location because it is just a few steps away from the beach in Barcelona! 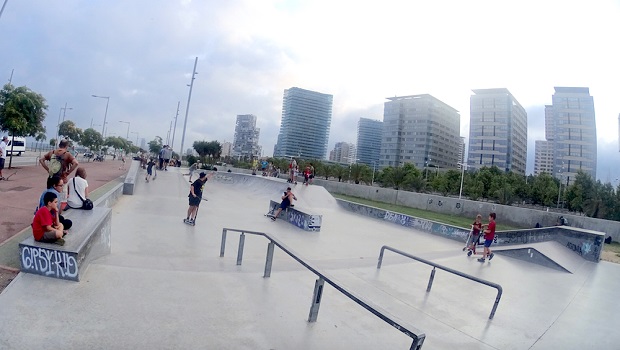 The Forum, built for the Olympic Games of 1992, is a huge place with a lot great spots to skate. In 2011, a new skatepark was added nearby. It contains hips, bowls, rails and a lot of ledges. It is also near the sea. You will find it about 200 meters away from the DIAGONAL MAR COMMERCIAL CENTRE in the direction of the beach. 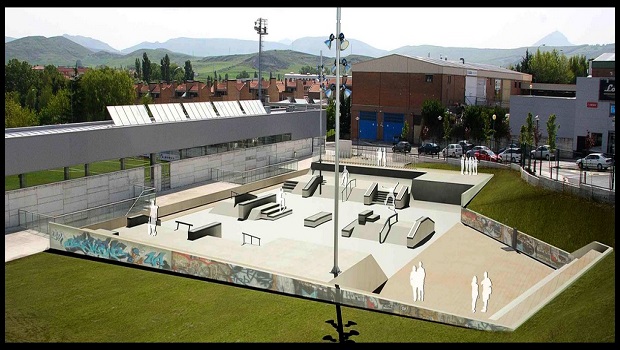 If you want to skate inside, this place is a good idea! It’s covered and according to the pro skaters, it’s one of the best skateparks in Barcelona. You will have to buy a monthly pass to enter, but it’s pretty cheap. It is at Carrer de Pamplona 88, near the well-known club Razzmatazz. 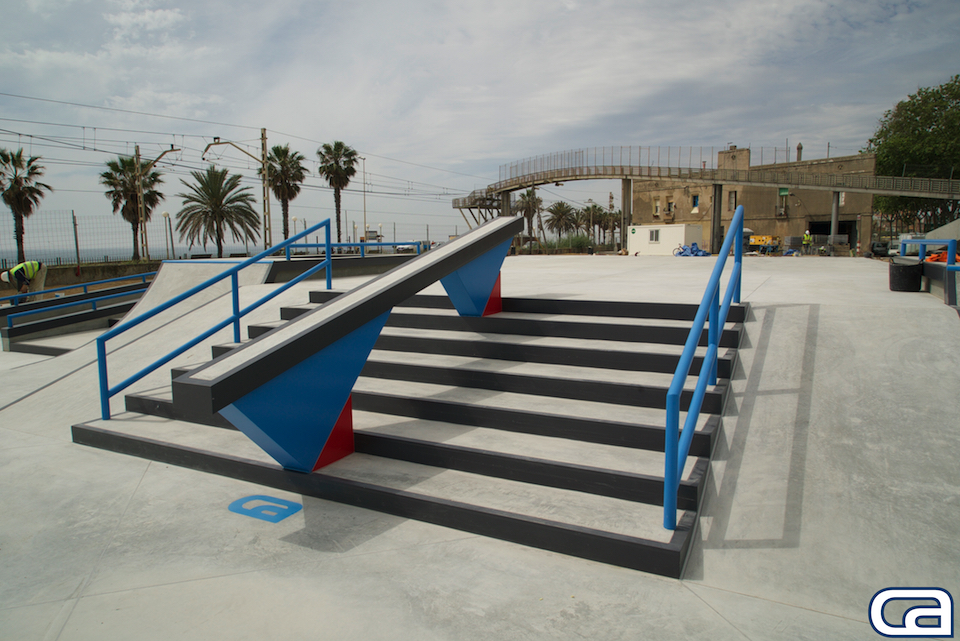 This skatepark is a little one but it is well-liked by a lot of skaters. It has a half-pipe and some other obstacles to practice your tricks. Just like the first two ones we talked about, it is near the beach. 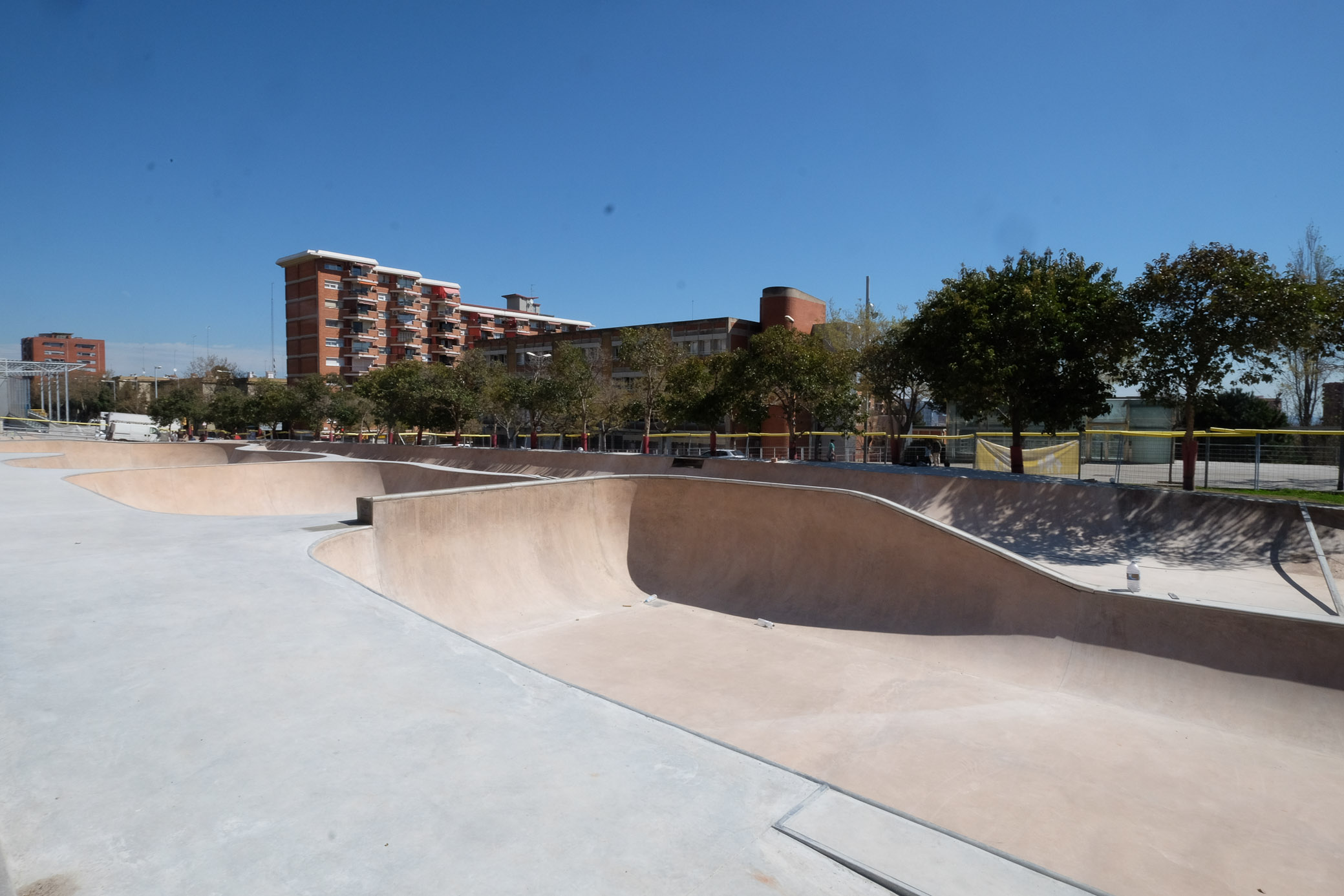 Last but not least, this skatepark is far away from the other ones but still popular amongst the skaters. Mostly about rail skating, it is divided into 4 areas: a first one for street skating, a second one with mini rails, a third with other types of rails and an area with a pool and a bowl. This skatepark is in NOU BARRIS, on Via Favència, in the upper part of Barcelona.

About street skating in Barcelona

Besides of skateparks, Barcelona is one of the best places in Europe for street skating. Some of the most famous places to do street skateboarding are the Plaça del Angels near the MACBA, the Plaça Universitat, the Plaça de Sants in front of the train station and, mostly during the night, the Avenida Parallel.

And now, let’s go ride your board on all those places and enjoy!

In the same vein, are you planning a trip and looking for an accommodation for your stay in Barcelona? Check out these GREAT APARTMENTS in the city centre!