Home / Leisure / Beaches / Port of Barcelona and the beach 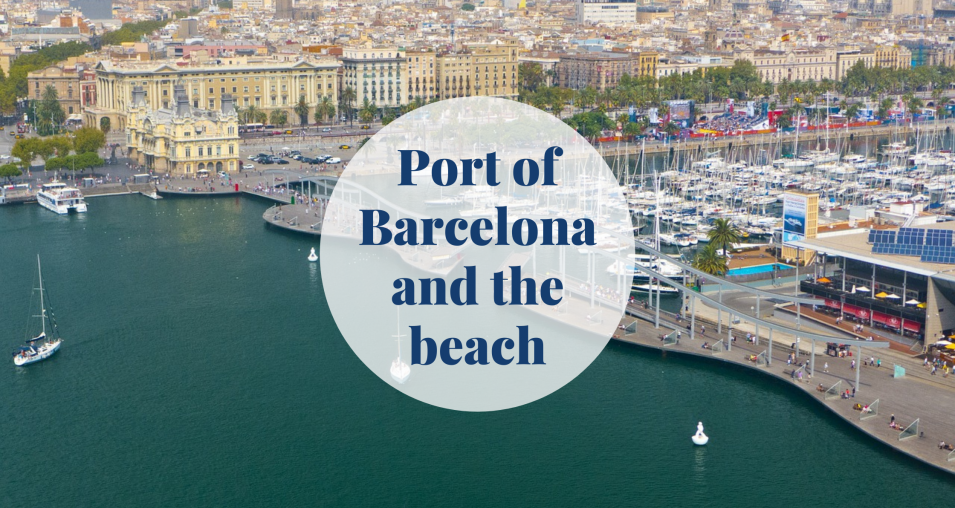 Port of Barcelona and the beach

in Beaches, Culture, Leisure, Sightseeing May 9, 2014 Comments Off on Port of Barcelona and the beach 3,453 Views

Moreover, the port used to be on the south side of the Montjuïc mountain; but thanks to the hard access for ships, the port got relocated in 1438 to where it is now, right next to the beach. The Port of Barcelona is one of the most important ports in the Mediterranean sea and its ranks as the fifth in the world. In addition, the port is right next to La Barceloneta, which is commonly know as the neighborhood that stands on an island.

History of the Port of Barcelona

The Port of Barcelona has a 2000-year history and great contemporary commercial importance as one of Europe’s major ports in the Mediterranean. The port is managed by the Port Authority of Barcelona; and its 7.86 km2 are divided into three zones: Port Vell (the Old Port); the commercial / industrial port; and the logistics port (Barcelona Free Port).

The origins of the port remounts to 1978, when the Ministry of Public Works declared Bilbao, Huelva and Valencia and Barcelona autonomous ports. Then it became then known as the Autonomous Port of Barcelona and while remaining a government body, it was able to function as a commercial enterprise subject to private law.

With the opening the Moll de la Fusta to the public in 1981, it marked the start to transform the Northern part of the port. And, in addition with the decision to host the 1992 Summer Olympics it began to gain momentum. In the subsequent years, the run-down area was converted to an attractive harbor front area.

In 1992, the central body Ports of the State brought the end to the ‘Autonomous Port of Barcelona’. However, since then the port is operated by Barcelona Port Authority. On the other hand, in 1999, the World Trade Center was opened. Lastly, between 2001 and 2008 the port underwent an enlargement!

The beach of La Barceloneta

La Barceloneta is the old part of the current port. With the port expanding, the other side is now an area of enjoyment. In addition, this area is also known as Port Vell. The once crowded port of Moll d’Espanya between La Barceloneta and the city center, is now a mall; where is a cinema, clubs and the aquarium of Barcelona. But the best place for enjoyment is of course the beach and the sea; this place attracts millions of tourist each year.

The coast of Barcelona is an unforgettable tourist attraction. But not only tourist, even artist come there to show their skills. Whether it is building an Sand castles or Art statues. The beach of Barcelona is a must-see place when coming to Barcelona on holidays. In the summer there is hardly a place to lay down! On the other hand, in the winter there are a lot of people enjoying a walk on the beach in the late afternoon.

Likewise, Barcelona has a thousand areas that need to explore. Moreover, each one shows you another side of Barcelona, and you can find so much art and culture that after a while you will understand why Catalonia is being seen as a different country to the rest of Spain!