Home / About Barcelona / Itinerary from a Cruise Ship in Barcelona 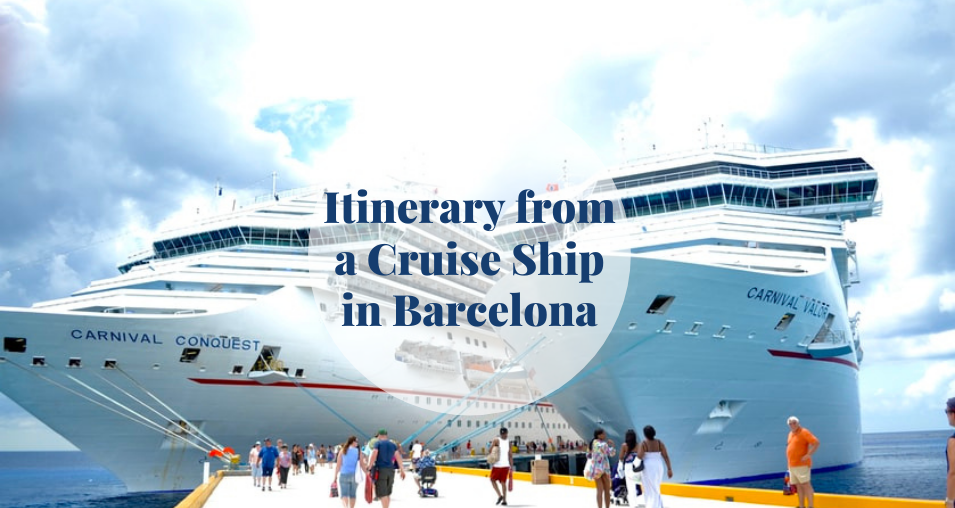 If you are visiting Europe on a cruise ship, there is a good chance that one of your stops will be the beautiful Mediterranean city of Barcelona. So, most likely you’ll only have between five and ten hours to explore the city. With this in mind, we decided to create a tailor-made guide for these short visits, in an attempt to make you trip as enjoyable and exciting as possible. 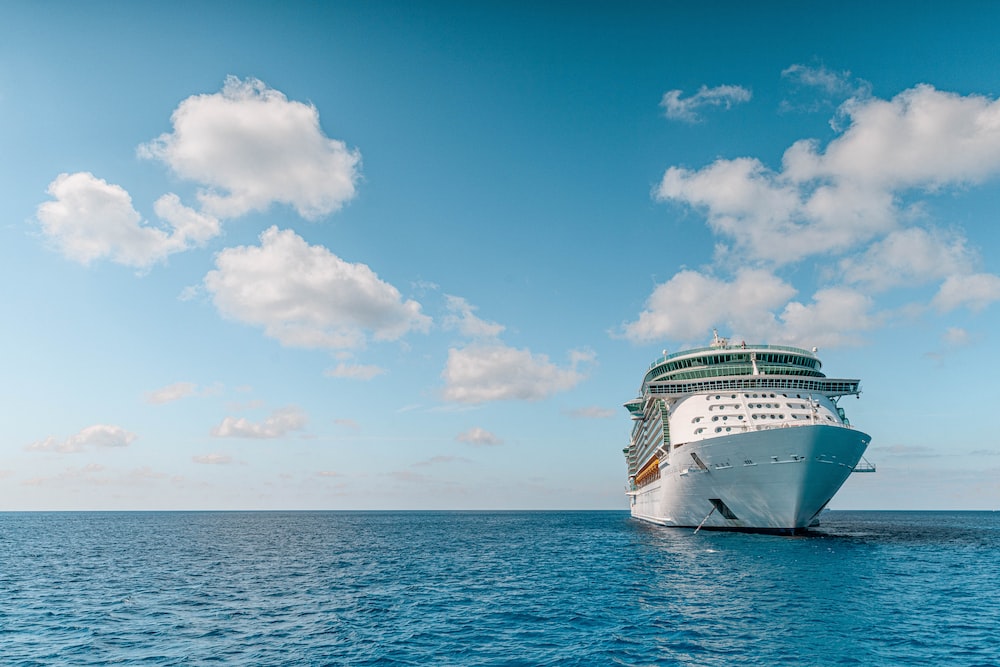 Near the port there is the Mirador de Colom, which is at the southern end of the famous LAS RAMBLAS walking street. This is commonly known as the Plaça Colom. Las Ramblas is one of the most emblematic places in the city, very popular all year round both with tourists and locals alike. It’s three-quarters of a mile long and will take you between 15 and 30 minutes to wander down.

La Rambla has different names in its different traits, for which it is sometimes called in the plural Les Rambles in Catalan and Las Ramblas in Castilian. This place summarise the vivacity and originality of Barcelona. They are, all day, animated by street artists, cafes and stalls that will make you feel the Spanish spirit!

The entire Las Ramblas borders the beautiful GOTHIC QUARTER, so you can continue with your short itinerary any point along La Rambla. The Gothic Quarter is the center of the old city of Barcelona. It is part of the Ciutat Vella district. Historically it represented the political and religious center of the city from its origins. In fact, Barcino, the original Roman nucleus stood in this area as evidenced by the wall still almost entirely preserved. Even during the Middle Ages, Barcelona lived largely within this wall. Here reside the oldest buildings in the city such as the Cathedral and the Palacio del Obispo.

Present day, you can find some great shopping streets, such as Avinguda del Portal de l’Àngel – also known as the golden mile for shopping in Barcelona. There are amazing ice-cream parlours down any of the small winding streets of the Gothic Quarter, in addition to street entertainment and some of the oldest book shops in the city! 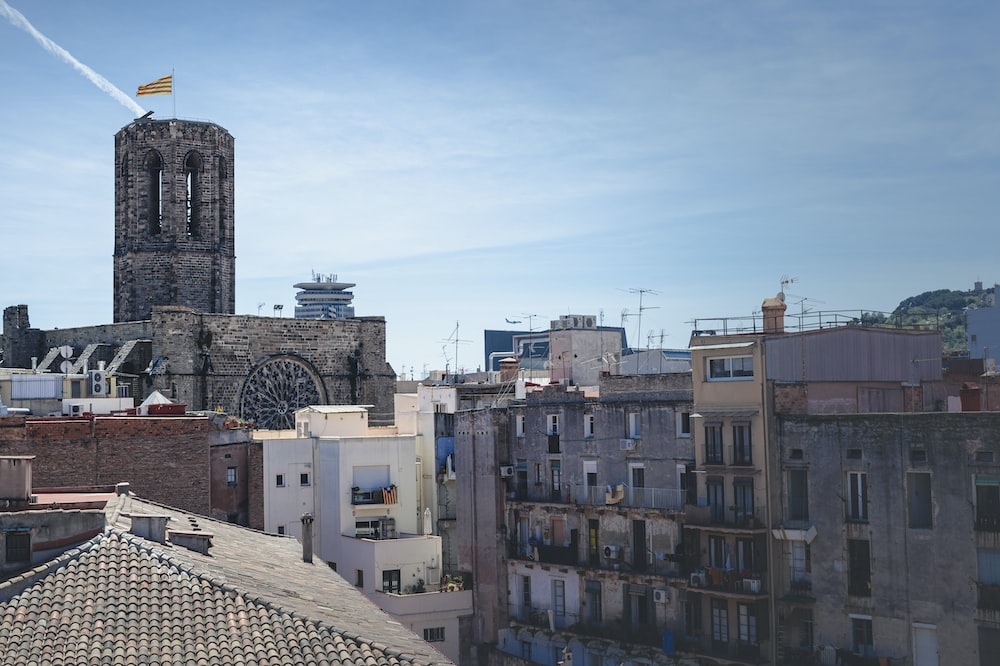 At the end of the Gothic Quarter you will find PLAÇA DE CATALUNYA, the central and main square of Barcelona. As one of the epicentres of the city, it occupies an area of about 50,000 m2. It’s the meeting point between the old core of the city and the Eixample neighbourhood. From here the main streets of the city branch off, such as the Ramblas, Passeig de Gràcia, Rambla de Catalunya, etc. and the ancient city walls.

If you continue on Passeig de Gràcia on your left you will find CASA BATLLÓ. It is a work of the famous Catalan architect Antoni Gaudí. It is considered one of the most original creations of the famous architect, with tourists flocking to visit it all year round. The building was declared a UNESCO World Heritage Site in 2005.

It would not be a real trip to Barcelona without visiting the SAGRADA FAMILIA! The vastness of the scale of the project and it’s characteristic style have made it one of the main symbols of the city. According to the data from 2011, it is the most visited monument in Spain, with 3.2 million visitors.

The works began in 1882 under the reign of Alfonso XII of Spain. The building was started in the neo-Gothic style, but when Gaudí took over as the designer in 1883 and completely redesigned it following his innovative modernist style.

PARK GÜELL is a public park located in the upper part of the city of Barcelona, on the southern slope of Mount Carmel. Conceived as an urban complex, it was designed by architect Antoni Gaudí. Inaugurated as a public park in 1926, Park Güell covers 17.18 hectares and is located on Devonian terrain. Gaudí cleverly manipulates the architecture of the park in such a way as to evoke a harmonious balance between the built environment and the natural environment. 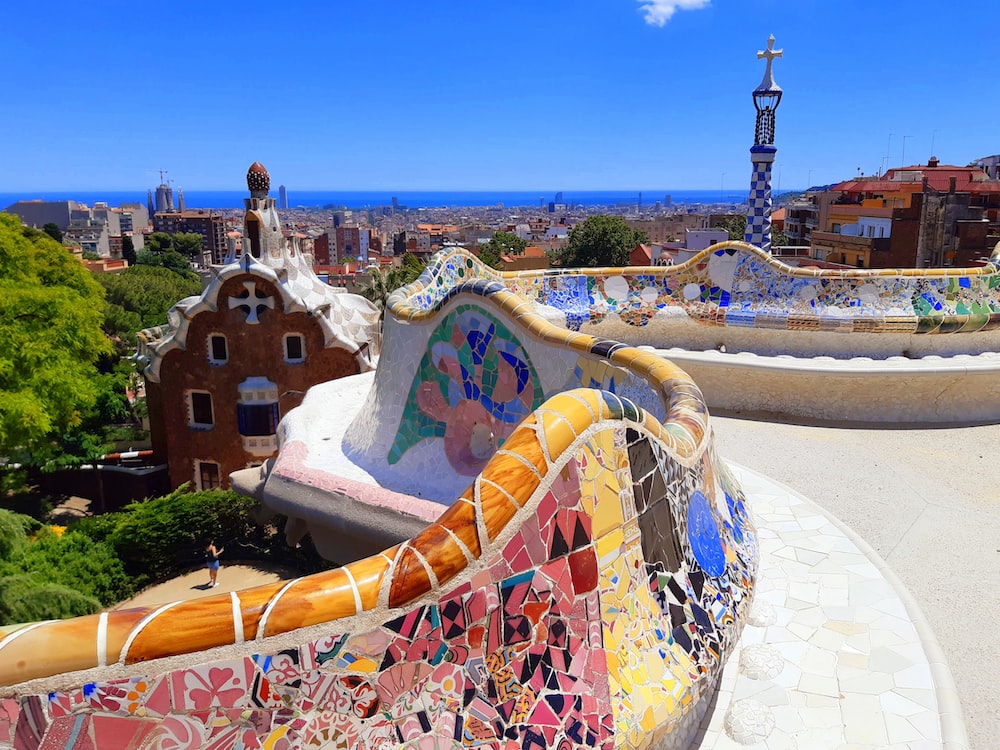 From the Park Güell, you can easily go down to have a look to the Gràcia District. A distinctively Catalan neighbourhood, distinguishable for its narrow streets, an unambiguous contrast to the wide, modern boulevards of L’Eixample. This district is known as a modish area with an active and politically-conscious community. Here you’ll find a number of dynamic plazas, bars and restaurants. This atmosphere is definitely more local than cosmopolitan.

We have made you a map of all of the previously mentioned places to go!

During your itinerary from the cruise ship, you will have to have a bite somewhere. We want to give you some tips to eat something delicious and traditional during your quick visit to Barcelona. We have written you a short list of suggestions depending on what you want to eat. Whether you want to sit down and have a relaxed lunch, or to grab a fast meal and continue with the exploration of the amazing city, Barcelona has many different options available.

This restaurant is a lovely cozy nest where everything is cooked to perfection. Of course the Tapas are their “must eat”. Even so, if you are not sure what to have, that’s not a problem for one of the best tapas bar in the whole city. With very friendly waiters, they are very helpful advising on the best tapas to suit your tastebuds. It also has a great location, just off of Passeig de Gràcia. So don’t waste too much time shopping and pop in for a bite to eat.

Due to it’s location close to Las Ramblas, La Fonda may seem like a very touristic restaurant with regular dishes. But that’s just not the case. The menu ranges from delicious appetisers, picks of quality meat and fish dishes to a large variety of main courses. Don’t miss the unique gastronomy experience and enjoy a multicourse meal! 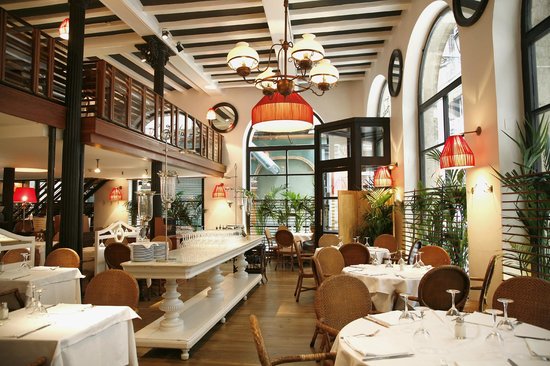 Near the Sagrada Familia, Barcelona’s first Taquería awaits lovers of Mexican cuisine. A place specialised in tacos and many other delicious surprises. La Taquería even adds a vegetarian option. This is your perfect place to toast you amazing visit to Barcelona.

Would like to spend a few nights between cruise ships in Barcelona? In that case, check out our SPECIAL DEALS ON APARTMENTS all over the city with Barcelona Home! Please feel free to contact us with any questions you may have.