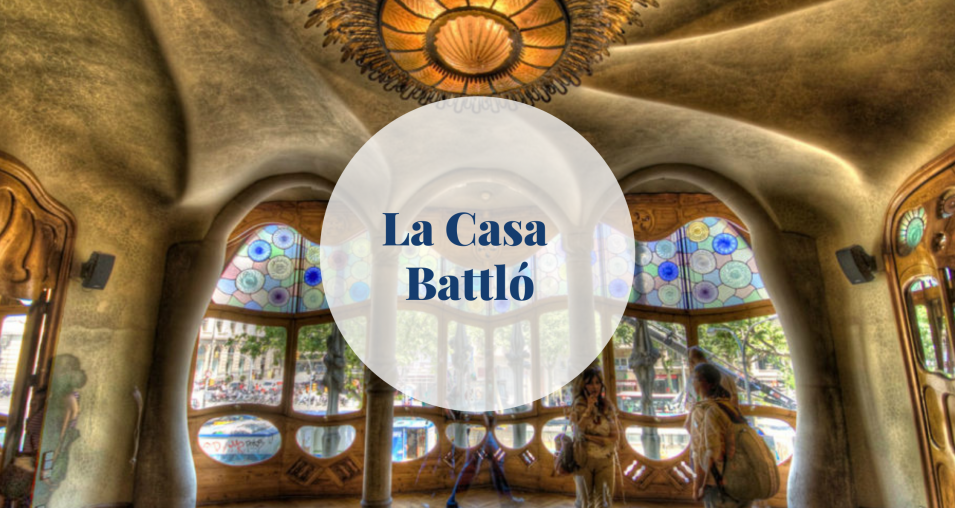 in About Barcelona, Culture, Museums, Must see's Barcelona, Sightseeing September 30, 2013 Comments Off on Casa Batlló 12,920 Views

Casa Batlló is one of the two astounding masterpieces that were designed by the world-renowned Catalan architect Antoni Gaudi in the early 1900s, more than a century ago. It is a true masterpiece that seduces visitors with its exceptional design. Casa Batlló is located at number 43 of the Paseo de Gracia, a road that in the past connected the city to the “Villa de Gracia”, now fully integrated as a district of the city. 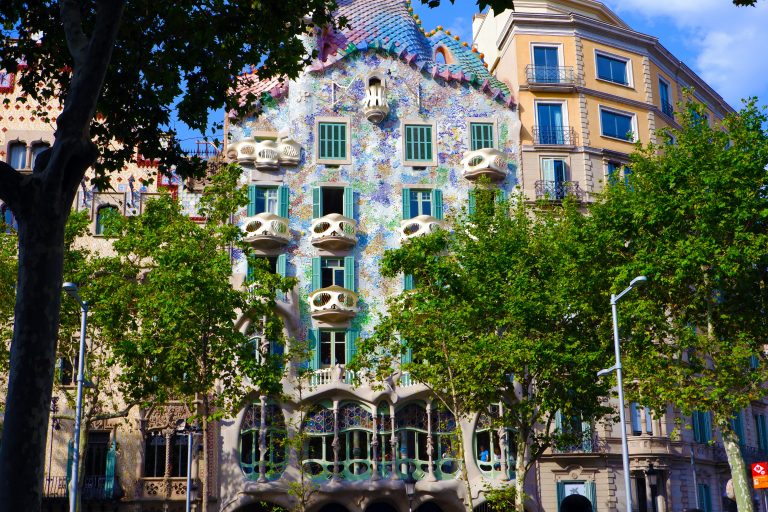 A bit of history

The building was originally built in 1877 by Emilio Sala Cortes (one of Gaudi’s architectural teachers) when electric lighting did not yet exist in Barcelona. In 1903, Josep Batlló i Casanovas, a textile industrialist, owner of several factories in Barcelona and an important businessman, acquired it.

Josep Batlló gave free rein to Antoni Gaudí’s creativity, commissioning him to carry out work that, in principle, would have involved demolishing the building. However, thanks to Gaudí’s audacity, the demolition of the house was rejected and a complete renovation was carried out between 1904 and 1906. The architect completely changed the façade, redistributing the interior partitions, enlarging the patio and turning the interior into a real work of art. In addition to its artistic value, the work has an enormous functionality, which belongs more to our time than to the past. Some even see it as a precursor to the avant-garde movements in architecture at the end of the 20th century.

Batlló’s family lived in the lower two floors of the building with his family and the upper floors were rented out as apartments. 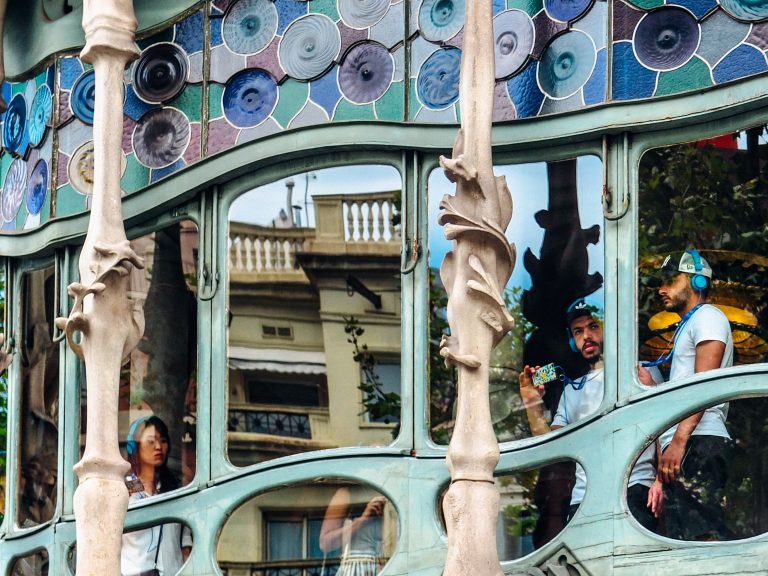 The Apple of Discord

Next to the Casa Batlló and at the same time, other houses were renovated by remarkable architects, competing for the town planning awards launched by the Barcelona City Council, which is why this section is known as “The Apple of Discord”. These houses were also in the Modernist style and, together with the Casa Batlló, they currently form a unique ensemble consisting of :

The building is also known as the ‘House of Bones’ by the local people in Barcelona, as it has a skeletal organic quality about it. This can boldly be seen throughout the exterior of the building, where the balconies are shaped like masks that project a skull-like image and the pillars supporting them look distinctively like bones. Typical of Gaudí, straight lines are avoided whenever possible. The first floor features irregularly sculpted oval windows.

The interior of the building portrays the creativity and attention to detail that Gaudi spent on his designs. From the creative explosion of colours and shapes found in different areas of the building, to the structure and architecture of the building itself. For example, this can be seen in the decoration of mosaic made of broken ceramic tiles, to the colours chosen for the façade, which project the marine life he grasped his inspiration from. 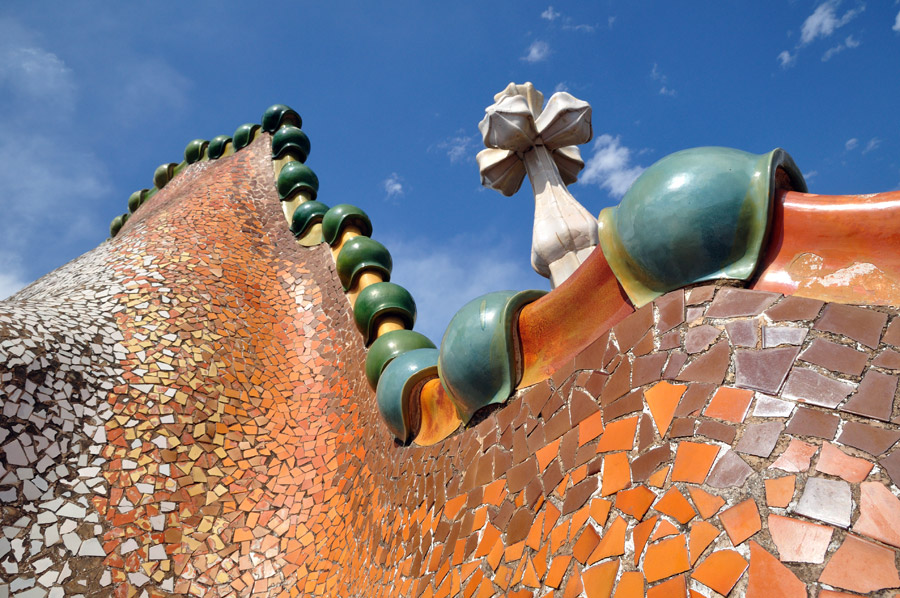 The Casa Batlló ceased to belong to the Batlló family in the 1950s. After having hosted various companies and individuals, since the 1990s the building has belonged to the current owners, the Bernat family, who have completely restored it.

In 1995, the family opened the house to the public and presented this architectural jewel to the world, offering the space for events. From 2002, coinciding with the International Gaudi Year, Casa Batlló also hosts cultural visits. Both activities are currently being developed, constantly innovating in the offer and contents.

Casa Batlló is currently a UNESCO World Heritage Site. It is an icon of Barcelona, an essential stop to get to know Gaudí’s work and modernism in its highest expression. It is also one of the most popular cultural and tourist attractions, receiving 1 million visitors per year.

The Cultural Visit is an enchanted journey that can be experienced through the tour that lasts for approximately one hour. It passes through the Noble Floor, the Roof Terrace with its mythical Chimneys (where you will see the famous backbone of the dragon slain by Sant Jordi, or Saint George), and the fabulous building well (once the communal stairwell). The tour finishes with the splendid entrance hall and the main staircase.

Tickets can be bought here.

Look and Find Accommodation in Barcelona!