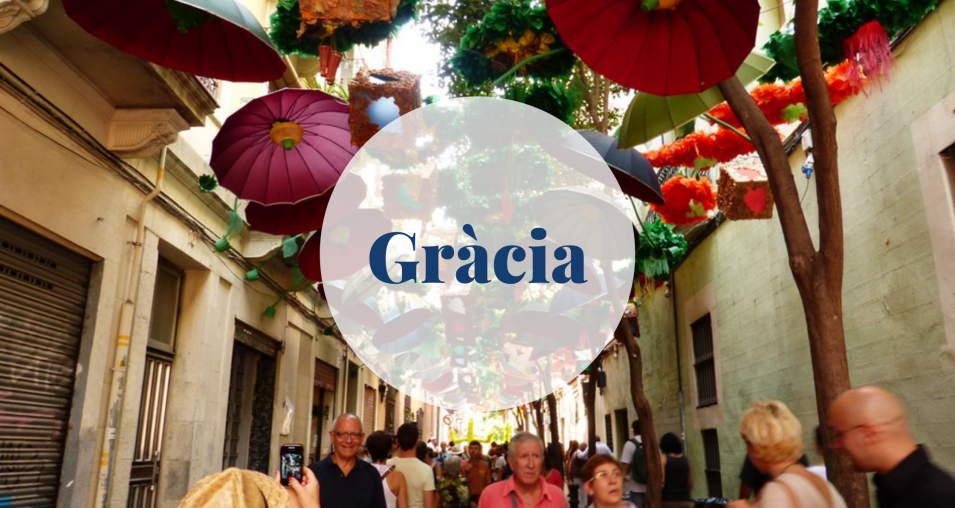 Gràcia Barcelona is approximately 1 km north of the centre of Barcelona, at the north end of the PASSEIG DE GRÀCIA. This distinctively Catalan neighbourhood can be found within walking distance of the centre. As a prosperous neighbourhood, Gràcia Barcelona nonetheless has more of a local than cosmopolitan feel to it, buzzing alive at night on the many public squares. Gràcia is immediately distinguishable for its narrow streets, an unambiguous contrast to the wide, modern boulevards of L’Eixample. This district is known as a modish area with an active and politically conscious community. Here you’ll find a number of dynamic plazas, bars and restaurants, but it’s a little more subdued from other cultural hubs like el Born or el Raval.

A bit of history…

Gràcia has its very own feel and history, as it was a small village up until 1897 when it was annexed by the growing metropolis of Barcelona. Not to the delight of its citizens though, who protested long and hard against being a part of Barcelona. In the end, it was inevitable though, and it became a district in Barcelona. The wish for “independence” continues till today, with families, who have lived in Gràcia for generations, still claiming to be Gràciancs rather than Barceloneces. This neighbourhood has also always been a center for left-wing activism, which can be witnessed by the many walls covered with political graffiti, the names of squares such as the Plaça de la Revolució, and more.

It is also full of history!  We find La Plaça del Diamant that gave its name to the novel by the famous Catalan writer Mercé Rodoreda. It recounts the life of a young woman living in the neighborhood of Gràcia at the beginning of the 20th century and especially during the Spanish Civil War. A few dozen meters below ground is still a shelter against bombing dating from the Civil War. It is possible to visit it.

The district is also well-known for its festival which is held for 5 days in August and sees the locals competing in street decoration. The results are usually spectacular! At night the festival comes alive with drinks stalls and stages of live music of every variety. In particular, FESTA MAJOR is held for a week, it displays the best of Catalan with a mass celebration in the streets. It is recognised as one of the largest festivals in Barcelona!

The most well-known attraction in Gràcia Barcelona is Gaudí’s PARC GÜELL. This project was converted into a public park. It’s located at about a 10-15 minute walk north from the centre of Gràcia on El Carmel Mountain. Casa Vicens, Gaudí’s first important work and a UNESCO World Heritage Site, is also located in Gràcia.

Gràcia was also the original home to Teatre Lliure. It is one of the most prestigious theatres in Spain. However, this theatre has since relocated to Montjuic. There are several notable squares in Gràcia including Plaça del Sol, Plaça de Rius i Taulet and Plaça de la Virreina. Just west of Plaça del Sol you’ll find the Mercat de la Libertat, a beautiful modernista market designed by Antoni Gaudí’s assistant.

This area has a very large concentration of restaurants that serve food from all corners of the world. Here you will find everything from typically Spanish restaurants and tapas bars to middle eastern and Asian cuisine. If you are celebrating a special occasion, and willing to spend a bit, try Fernandez on the Gran de Gràcia, it’s absolutely fantastic, however, a bit pricey. 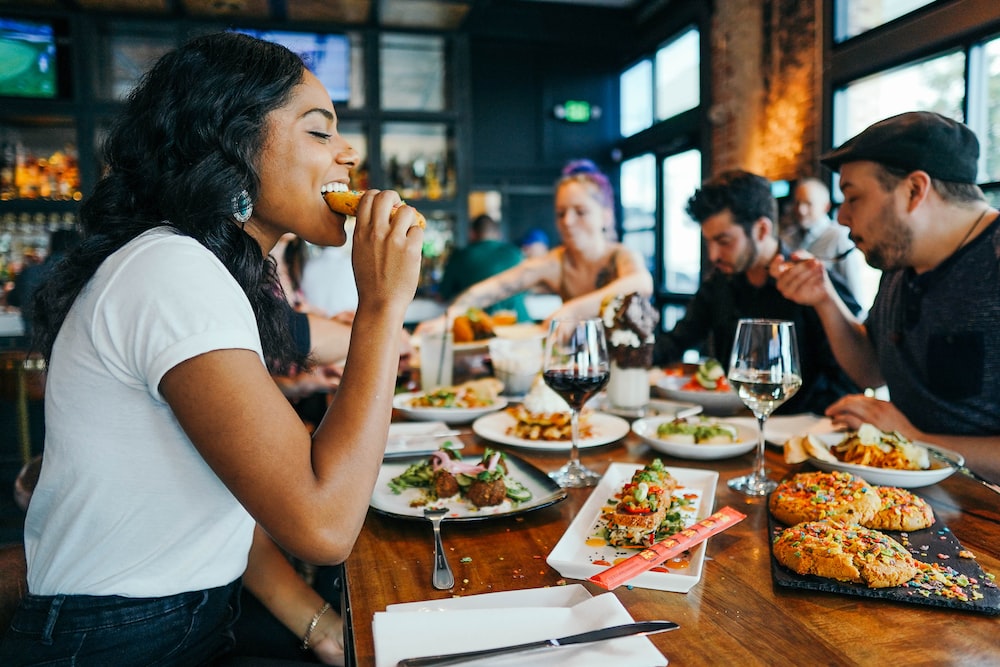 Here is a list of just some of the spectacular restaurants that Gràcia has to offer:

Botafumeiro Restaurant – The city’s most famous seafood and fish restaurant Gràcia Neighbourhood has a number of great bars with many different themes. An all-time favorite would the Bar Canigó that will serve you more than reasonably priced drinks. If you want to go clubbing Gràcia is the place to go! Gràcia Area is home to two of Barcelona’s most famous clubs: Duvet and KGB. The KGB is an institution there, having been there for a long time. It also has a lot of cool live performances. If you like traditional clubbing more, then the modern and vibrant Duvet is the place to go!

How to get there:  By Metro: L3 – Trinitat Nova stop

Gràcia Area is further filled with small hip and bohemian shops and stores. Gràcia prides itself on being a bit “different“, and this also shows in its selection of shops. However you won’t see any of the bigger brands here, while small stores selling anything from non-mainstream clothes, handmade bags, organic shoes, carrot juice, and other curiosities are popping out everywhere. Consider yourself mainstream? Find somewhere else to do your shopping. Consider yourself a bohemian hipster? Then Gràcia is your SHOPPING PARADISE!

If you want to know more about this neighbourhood, you can read our articles on Passeig de Gràcia and the very traditional Festa Major! 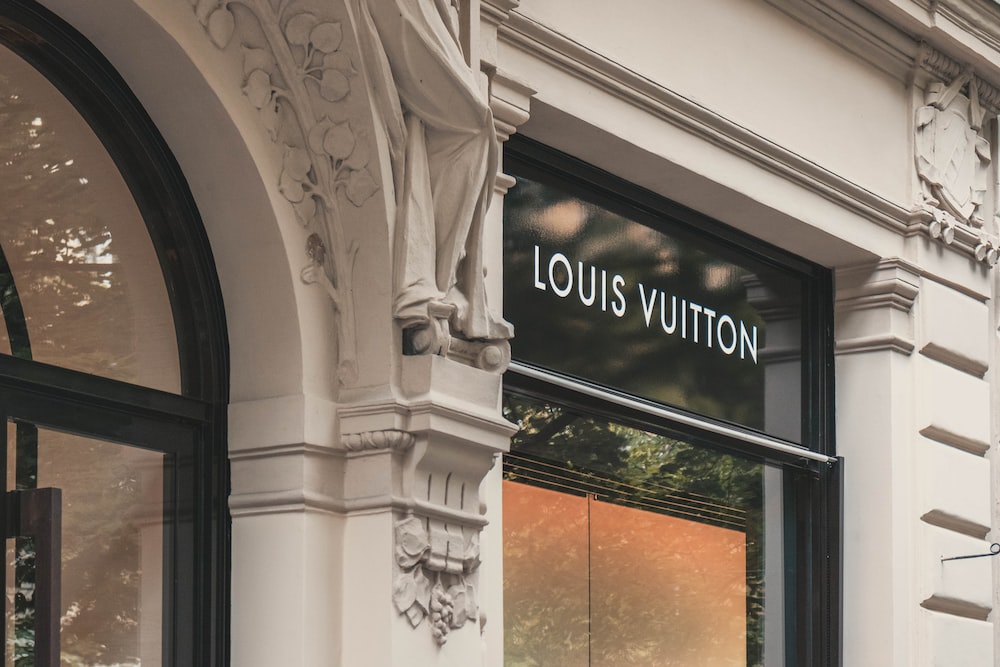 In terms of LOCATION, Gràcia gives you excellent access to many of the city’s main attractions, being so close to LA RAMBLA means that everything is within walking distance. Not to mention it is not an area flooded with tourists so you will get the authentic Barcelona experience living in this area! In terms of accommodation in Barcelona, for your stay there are numerous, remarkable apartments available to rent for family holidays, visiting with a group of friends or even rooms for couples. There are endless advantages of living in Gràcia, from the beautiful landmarks to the amazing restaurants; it’s the perfect holiday destination.