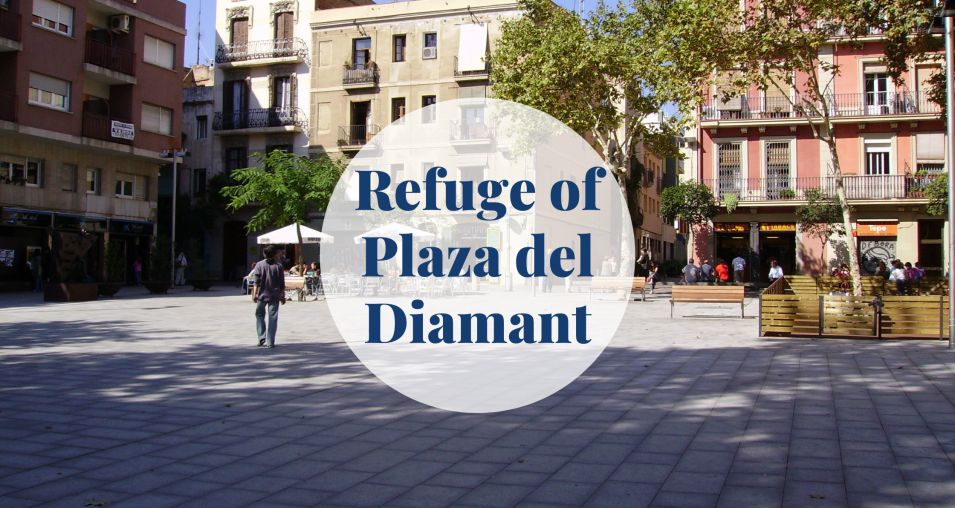 In 1936, Spain got into a huge civil war. Violence, and bomb alerts, and refuge for the citizens were part of this event. Nowadays, it is almost impossible to imagine that Plaza Catalunya and Las Ramblas were the place where the rebellion and the first shootings took place during the Civil War. You would wonder why in a city known for its museums, no one has been dedicated to the Spanish Civil War? Indeed, that is not the whole true.

The ‘Plaza del Diamant’ and the air-raid shelter and refuge

The place known as Plaza del Diamant is a special place in the old town of Gràcia, with people passing and children playing at all times of the day. Subsequently, this place holds a secret: the entrance to the underground air-raid shelter built by the locals during the Spanish Civil War. Moreover, this refuge can be visited in the company of a guide.

During the Civil War, more than thousands of underground refuges were built to protect the citizens from the air attacks. Most of them had been forgotten since their rediscovery in 1992. A visit of this tunnels will show you the life conditions during this period, you’ll be able to imagine the daily life of the refugees, and it is useless to say what an emotional experience it will be for you.

The Gràcia neighborhood is commonly known to be filled with tiny streets and squares; and the Plaza del Diamant is one of its oldest and most emblematic ones. With its location in what was formerly known as the jewelers neighborhood, Plaza del Diamant owes its name to the Gràcia town councilor Josep Rosell i Imbert; who engaged in the trade of precious stones. Subsequently, when he designed this plot in 1850, he came up with the idea of giving the streets and squares that still exist the names of precious stones; such as Carrer de la Perla (Pearl), or (Gold) and Topaci (Topaz).

The discovery of the refuge

Moreover, the symbology of the square took an unexpected turn in 1992. This is when the air-raid shelter beneath the square was discovered, during the execution of road works. Built twelve meters below ground level by the residents of the neighborhood during the Spanish Civil War, you will find the shelter that held more than two hundred people during the many air-raid attacks launched on the industrial district of Gràcia of that time; with its many factories that were the main target of the attacking aircraft. 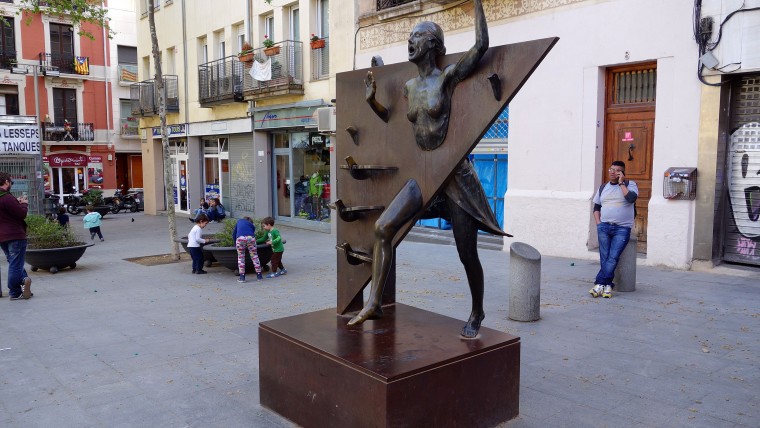 In the same vein, this shelter was one of the more than 90 in the neighborhood! And it is indeed one of the largest of the 1,300 that were built in Barcelona; one of the first cities bombarded systematically from the air in a war. In current times, for instance, with the objective of recovering the area’s historical memory, the History Workshop of Gràcia arranges guided tours to explore the site and it is well worth visiting the shelter and seeing its tunnels which saved the lives of so many people.

Tours are organised during the weekend for 3€/person at 232 Plaza del Diamant Barcelona and it is better to book your tour to this address: [email protected]

Check out this video of one of the refuge at Plaza del Diamant: