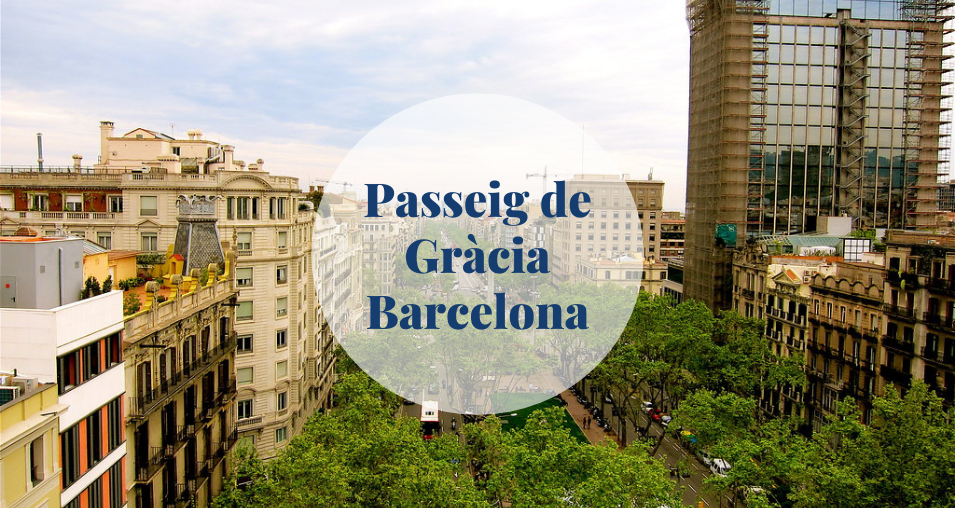 What is Passeig de Gràcia Barcelona?

Passeig de Gràcia is a breathtaking boulevard located in Barcelona’s Eixample district; moreover, it is part of a 1 KM shopping street which stretches from Plaça Catalunya to Avinguda Diagonal and to the edge of Gràcia. The wide boulevards and buildings surrounding Passeig de Gràcia subsequently transports you back to a majestic time and adds to the feeling of opulence.

The boulevard prides over 150 protected buildings, including some of the city’s greatest architectural buildings. This in turn has led to the area central to Passeig de Gràcia become known as the ‘golden square mile’.

The avenue is stunning and its beauty is enhanced by its plane of trees and Art Nouveau street lamps, alongside decorated mosaic benches and pedestrian strips laid with flamboyant hexagonal paving stones. 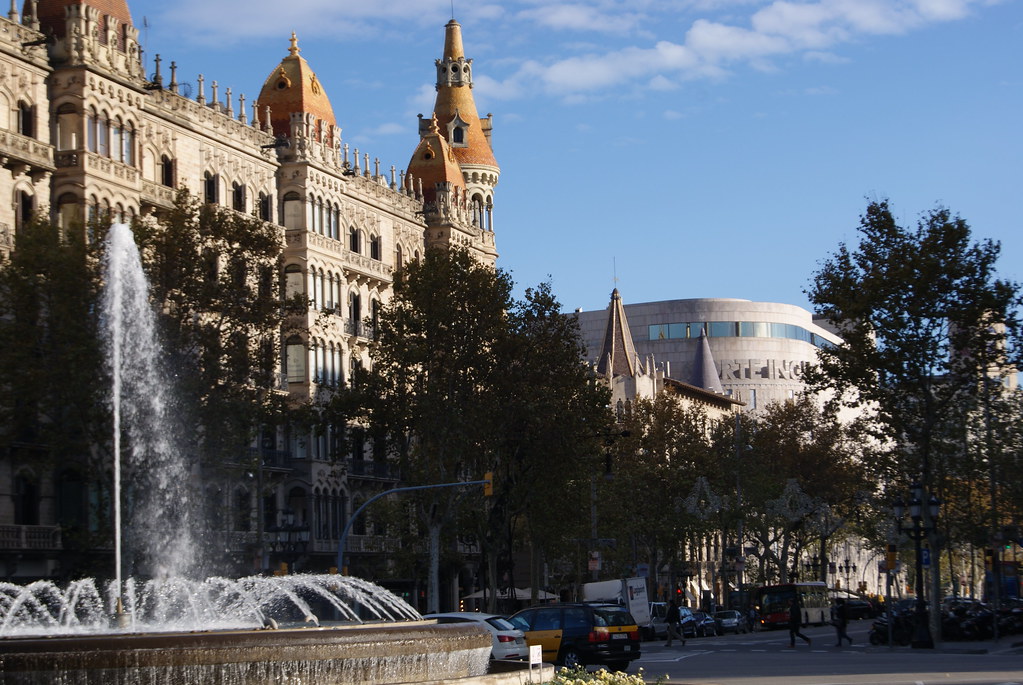 During the 19th Century, this elegant, majestic boulevard was a showcase for Barcelona’s bourgeoisie; and further it also linked Plaça Catalunya with the district of Gràcia. The presence of this  city’s finest modernist buildings makes Passeig de Gràcia an authentic open-air museum. In the same vein it is also home to two of Gaudí’s most important creations here: La Pedrera and Casa Batllo.

The buildings along Passeig de Gràcia are beautifully designed and crafted. Moreover, they include masterpieces like Casa Mila and Casa Batllo and the famous Gaudí houses.

For shopping, most importantly the avenue’s immense style and elegance means all the major fashion stores have set up shop here. From Zara, Loewe, Chanel, Mont Blanc, Adolfo Dominguez, Yves Saint Laurent, Escada and Hermès all have addresses here. Likewise it also includes Spanish stores such as Massimo Dutti. So if you’ve come to shop till you drop, certainly Passeig de Gràcia is the place to go!

Barcelona’s new artery, right in the centre of the newly built Eixample district. Certainly this was the place wealthy bourgeois families chose to live. They constructed further imposing buildings on both sides of the street which mesmerize those who walk past them. These jewels were created by architects of the  Gaudí era and many more, for instance. 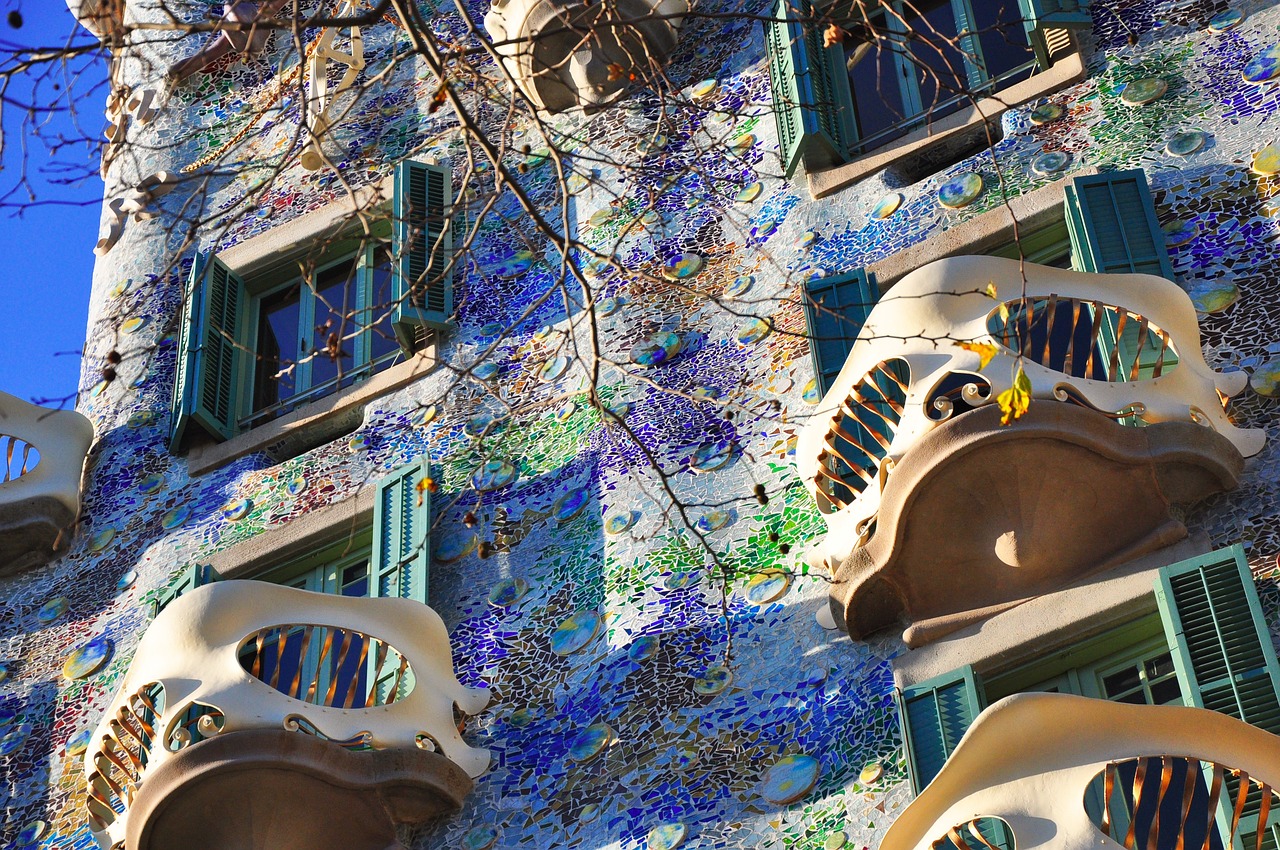 In the same vein, the organic paving stones as we can see are designed by Gaudí; and along the boulevard are the streetlamps by Pere Falqués, with their white-mosaic benches. Likewise, the architectural jewels stand side by side with some of Barcelona’s most prestigious shops. This area is spectacular to live in, housing great apartments for rent with high ceilings!

El Nacional takes part on the list as one of the most emblematic places in Barcelona, and its is located in Passeig de Gràcia. From grilled meats, to Spanish seafood, tapas and cakes; in addition quality service in an extensive venue with high ceilings.

If you have a craving after your walk for some Mediterranean food, you should make a stop at La Pomarada. Above all spacious lounges and a landscaped patio, this refined restaurant offers you subsequently the best culinary experience with careful service.


How to get there