If you are visiting Barcelona, La Pedrera is a must visit! With its wavy facade, breathtaking views from its roof, and the Gaudi Museum inside, you can not miss it. La Pedrera, formerly known as Casa Mila is the largest civil building designed by Antoni Gaudí. This is one of his most innovative landmarks and has become a work of art in its own right. The apartment block was constructed between 1906 and 1910. It was Gaudí’s last work before devoting himself to the construction of the Sagrada Família. It has been declared UNESCO World Heritage in 1984 and it has been open to the public since 1996. Today it is a cultural centre and the headquarters of Fundació Catalunya-La Pedrera and houses.

The aims of La Pedrera was to satisfy people with apartments and offices. However, the owner had difficulty renting the apartments because of prospective tenants. Thought they would have problems furnishing the rooms as they were irregularly shaped. La Pedrera is now a museum and is open to the public for viewing and tours.

This masterpiece, somewhat similar to Casa Batlló, breaks with traditional architecture by using not a single straight line. The building does not use load-bearing walls but rest on pillars and arches. Together with the use of steel, this allowed the architect to create completely irregular floor plans. Even the height of the pillars and ceilings differ from one to another. The apartments arranged around two central courtyards, in order to allow light in all the rooms; one circular and the other oval-shaped.

What to see in La Pedrera

On the outside, the undulating balconies look like a series of waves. The iron-wrought balconies were designed by Josep Maria Jujol, who improvised on the spot. Some people see the facade as a cliff-like rock with caves. The building has been renamed ‘La Pedrera’ rather than ‘Casa Mila’ as during construction it resembled a quarry. At first, the building was called Casa Mila because it was the order of Pere Mila, who had married the widow of Joseph Guardiola, a much older woman and much richer than him. This man was one the first to own a car so Gaudi built a garage in the building. This was a great first.
The interior of the top floor apartment gives an impression of how it must have looked at the beginning of the 20th century. Similarly to the outside, the interior has no straight lines. In addition, the striking rooms have a lot of character, with a mixture of expressionist and Art Nouveau styles.

The terrace of La Pedrera 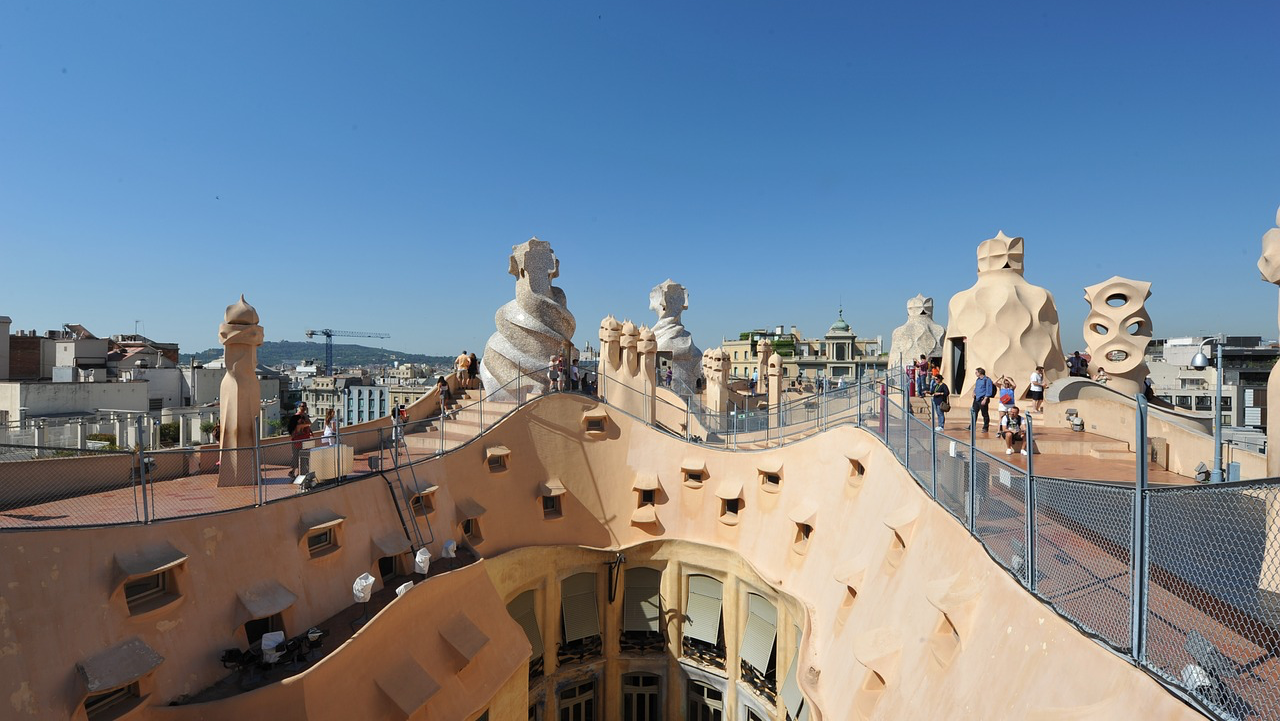 The terrace of La Pedrera is undoubtedly the most impressive part of Gaudi’s work, on the one hand for its atypical architecture and on the other hand for its view overlooking all of Barcelona. You will be even more lucky if you visit this architecture in summer, the blue of the sky contrasting nicely with the colors of the building. You will be able to admire on the terrace some impressive staircases and statutes with particular shapes which will let speak your imagination. Some people see mushrooms, some meringues, but most people say they look like knights. 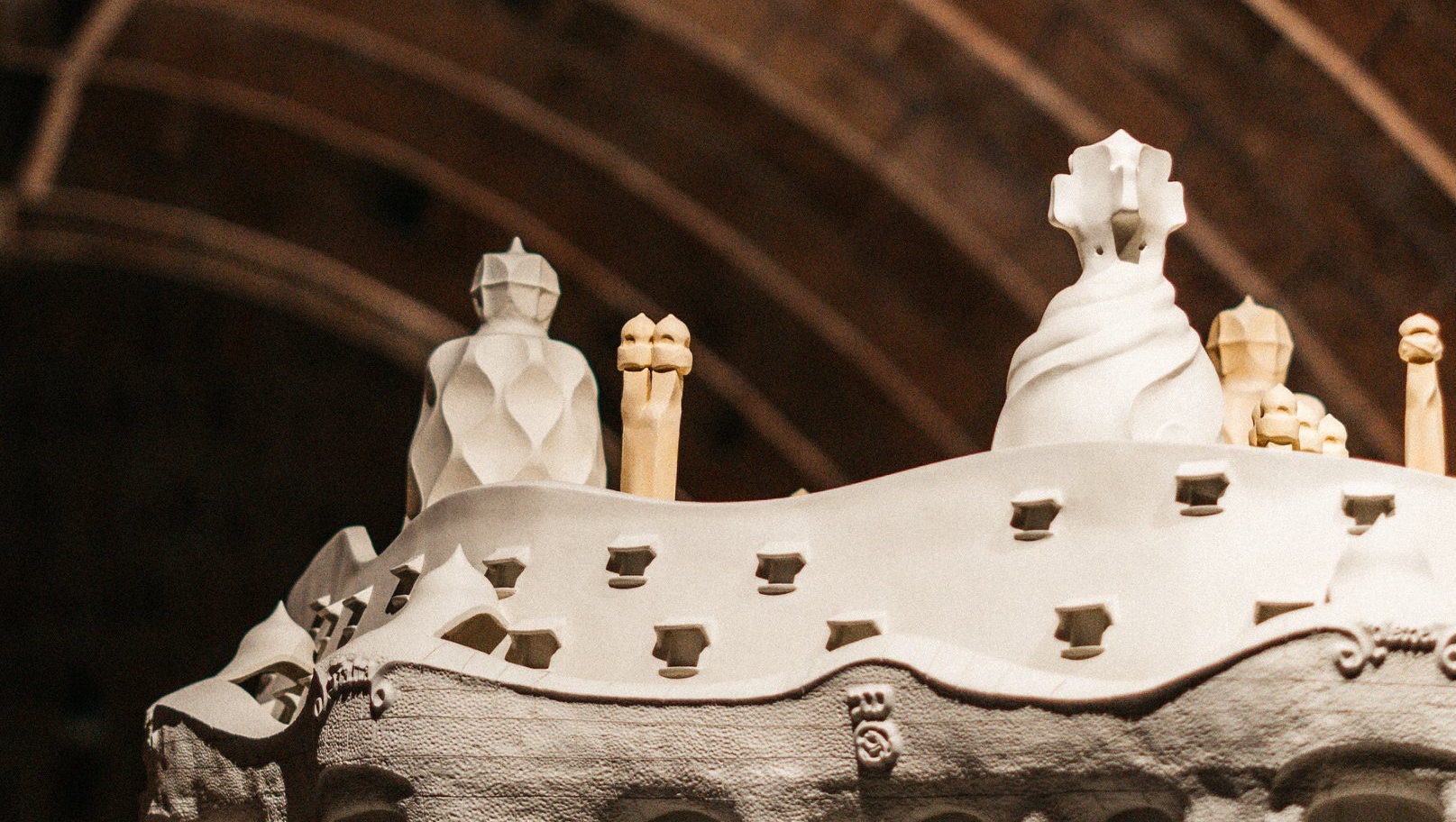 The space of Gaudi, which has been laid out in the attic in the form of large arches of stone, gives a general overview of the work and the method of work of the architect.
There are several plans, models and videos that explain the work of La Pedrera but also those of the Sagrada Familia, Park Guell, Colony Guell and Casa Batllo. Drawings of furniture made by Gaudi are also exhibited.

The apartment of La Pedrera 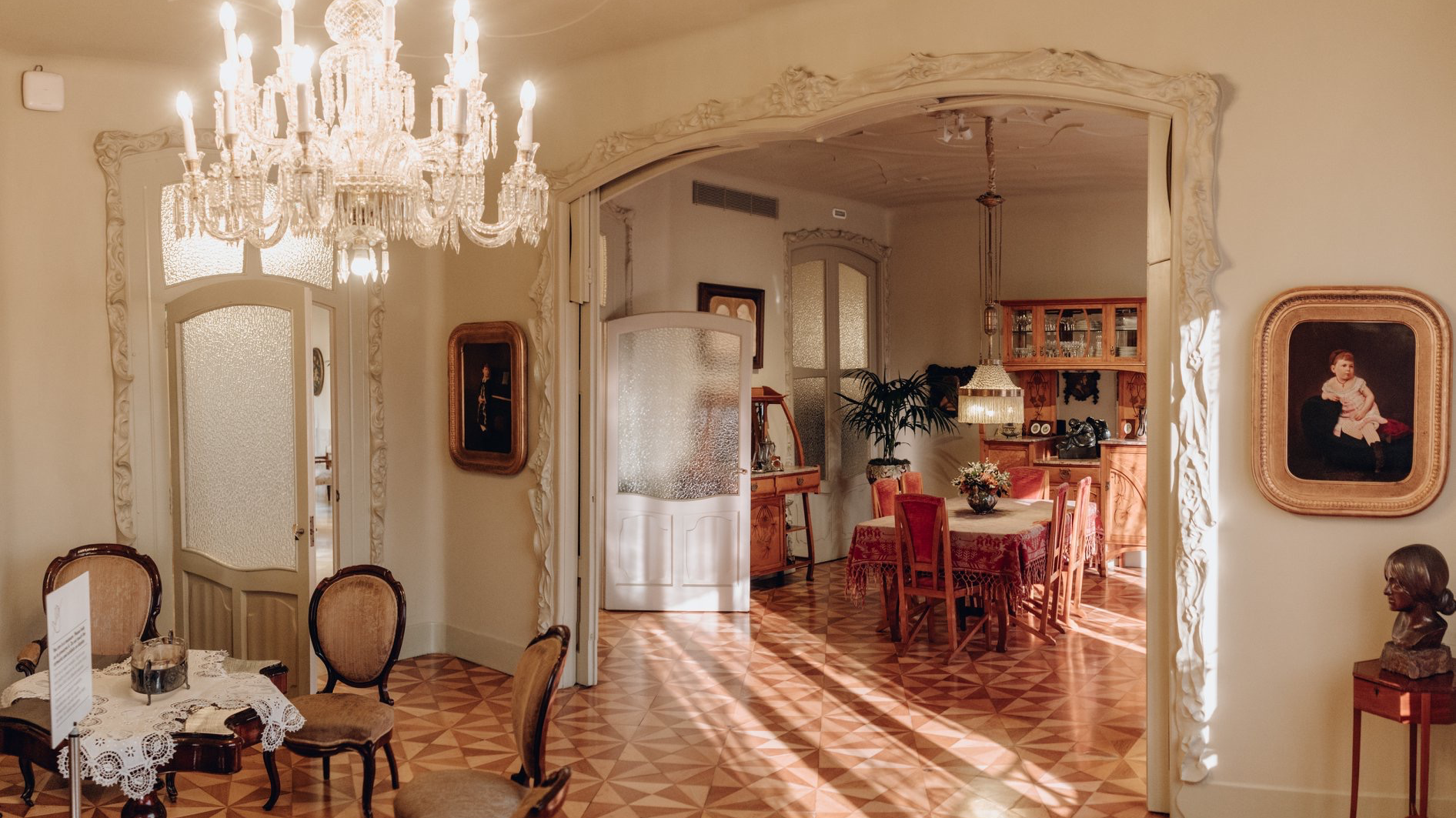 The apartment on the 4th floor is filled with furniture of the time to best represent what a room of a rich family in the early twentieth century look like. The apartment is called El Pis de la Pedrera. It is mesmerizing to wander around this elegantly furnished home; done up in the style an affluent family might have enjoyed in the early 20th century. The sensuous curves and unexpected touches in everything from light fittings to bedsteads, from door handles to balconies, might seem admirable to us today, but not everyone thought so at the time.

Get your entrance to la Pedrera here, and for an extra special experience. You can also visit La Pedrera exclusively during a night tour. During the calm hours after dark; this intimate tour, limited to 30 people, will unveil to you the building’s secrets not seen on daytime visits. Wherever your accommodation in Barcelona, you can easy to access this monumental building through a single subway or bus ride!

Previous: The best places to study in Sant Antoni
Next: What to do this weekend July 19th to 21th