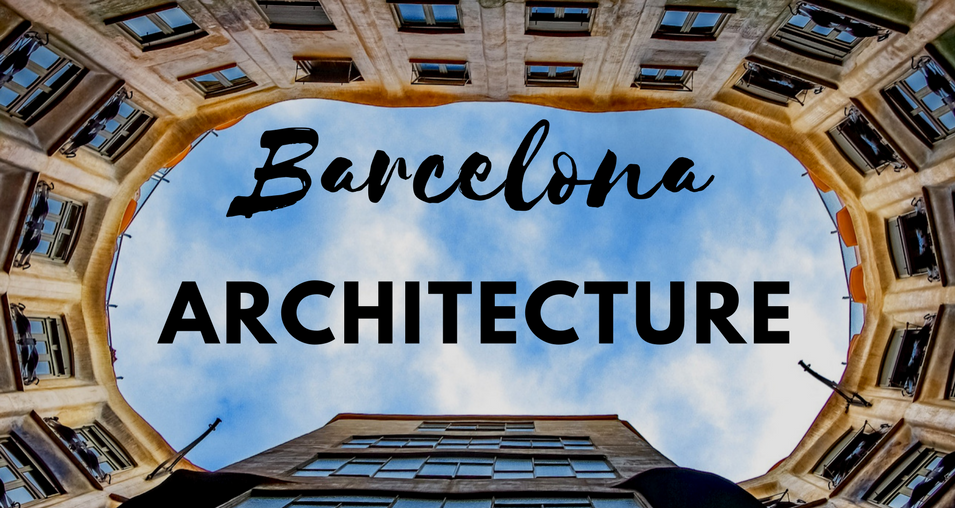 Upon arriving in Barcelona, it quickly becomes apparent why the city is renowned for its architecture. Such a great variety of both modern and traditional architectural styles stand side by side all around the city, creating a beautiful balance of old and new, a characteristic that is definitive of the city of Barcelona. This diverse combination of architecture succeeds in capturing the attention of tourists and locals alike. There is no question that Barcelona boasts some of the most impressive architectural buildings in the world.

Colourful, distinctive, bold but harmonious and unique are all adjectives that can be used to describe the architecture in Barcelona. The old and new are tremendously blended giving the city a breathtaking feeling. Traditional Catalan architecture such as the Iglesia de Pi church is only a 5-minute walk from the impressive Cathedral de Barcelona featuring its arches and astonishing facade, the Cathedral dates back to Medieval times and is a spectacular display of Gothic architecture. At every corner, there is another reason to be awestruck. 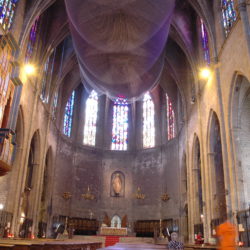 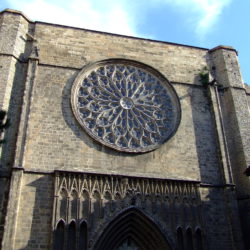 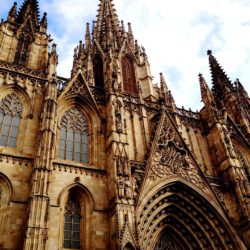 Barcelona’s centre can be divided into three main areas. The old town or Barri Gòtic which is known as the original Barcelona, characterised by its winding old streets leading to the beachside and tall dark ancient buildings; The Raval area which was an extension of the original old town and finally Eixample which is an organised structure area that was added to the old town. Each area has its own unique and peculiar characteristics.

It is easy to feel disorientated in Eixample, one of Barcelona’s largest districts, as some find that its gridded street design can be confusing. Ildefons Cerda designed the district, making all of the buildings a similar height, and all the street blocks octagonally shaped, with no corner having a 90-degree angle the design makes most streets look the same.

See below to learn more about Barcelona’s City Planning:

Certainly, the most famous, and possibly the most popular architect in Barcelona is the well-known Antoni Gaudi. Gaudi’s creations are awe-inspiring, as he took the colours, shapes and natural forms that surrounded him and incorporated them into his works in a truly stunning and breathtaking way. People travel from all around the globe to witness Gaudi’s unique style and exceptional skill, easily visible throughout the city in the Sagrada Familia (which is still under construction), the Casa Milà and the Casa Battlò, located along Passeig de Gracia, and strolling through Park Güell. Without the works of Gaudi, architecture in Barcelona would certainly lose a large portion of its charm and interest. 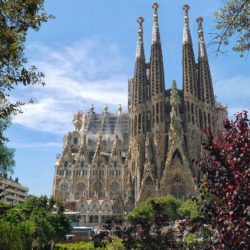 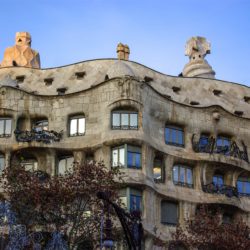 But Barcelona’s architecture is much more than just Gaudi. There are so many Modernist style buildings in Barcelona that the city government even put together a Ruta del Modernismo taking you past architectural structures that you might not think to see by artists such as Lluís Domènech I Montaner, Jean Nouvel, Frank Gehry and many more. 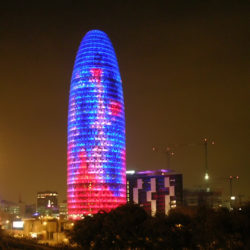 QUICK TIP: Two good ways to see the city are by bike and by scooter so that you can make the most of all the sites and stop whenever you like to take some pictures and admire the beautiful city. So make sure to check out Donkey Republic rentals or Cooltra for a great rental experience! Click on the link to get you discount code!

If you’re planning a trip to Barcelona and still don’t have a place to stay, make sure to check out our great accommodation offers!

Previous: Apartments with Gym in Barcelona
Next: Wine tourism near Costa Dorada