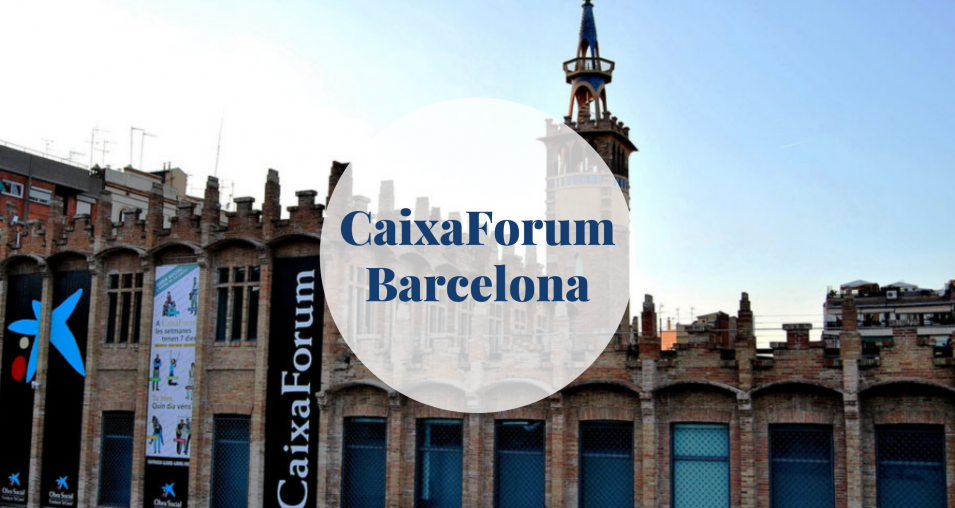 CaixaForum Barcelona is an art gallery in Catalonia, Spain. Moreover, this museum is sponsor by the Barcelona bank ‘La Caixa’ and had its opening in 2002 in a former factory. In the same vein, it is thereby in the Montjuic area, this houses art exhibits; and has about three acres of exhibition space, a media library, auditorium, classroom and a restaurant. It is the social and cultural center of the Obra social ‘La Caixa’ and is in one of the most modernist buildings of Barcelona, just outside the mountain of Montjuic. This building is further established as a unique piece of Catalan modern industrial architect of the early 20th century, Puig i Cadafalch.

Subsequently, La Caixa was motionless for a while and then made its return to Barcelona; and in addition the state with a brand new look depending on the social, culture, and educational communications whilst grasping a modern cultural without ruining the original spirit of work.

As CaixaForum is open to all audiences; in addition, it counts further with a wide range of social, cultural and educational categories that would be fitted to everyone’s perspective. It has quite strong cultural dynamics as its quite alive in the city where you can visit most exhibitions, modern, classical, and contemporary. Approximately the centers have further 12,000 m² on three floors and from these 2,500 are engaged by four exhibition halls.

At CaixaForum Barcelona, there are for instance ongoing film screenings, concerts, conferences, debates, performing arts, literature, thought cycles, multimedia art and family program; therefore this led CaixaForum to become the center of orientation. In the same vein, one of the main vital parts in Spanish culture is the form of temporary exhibitions.

This exhibition is revolved around for instance the new stories about the Spanish culture through combing art, historical periods, and various themes; a step to linking the CaixaForum and MACBA. However, the main part of this counts with the notion of modernity with the classical relationship to history; which was further developed through the twentieth century culture.

There is a media art space; which is also name as the viewing space where you can see the digital content and video works, that holds CaixaForum;s creations from the media library. From here you can access over 1,000 videos from the media library art; and can be publicly used as a handful resource for research engaging with students, stakeholders, curators artists and general public. Moreover, the computers also provide the internet of the media library, allowing searching for artists, titles etc.

Likewise, another area in the permanent space is known as the Modernist space, this reflects the cultural and social of the Catalan elite; from the early twentieth century.

There is indeed also a CaixaForum Barcelona for kids, family workshops, family art and family show. But if you are staying in an accommodation in Barcelona near this area, check further out this intellectual and memorable museum.

Prices: From 6th of May 2013 the entrance for CaixaForum Barcelona is free for all customers. Entry is free for customers of “la Caixa” and under 16 years. RESERVATION is require.

On the other hand, are you looking for a great ACCOMMODATION IN BARCELONA? Look no further, we have what’s right for you close to the CaixaForum Barcelona!