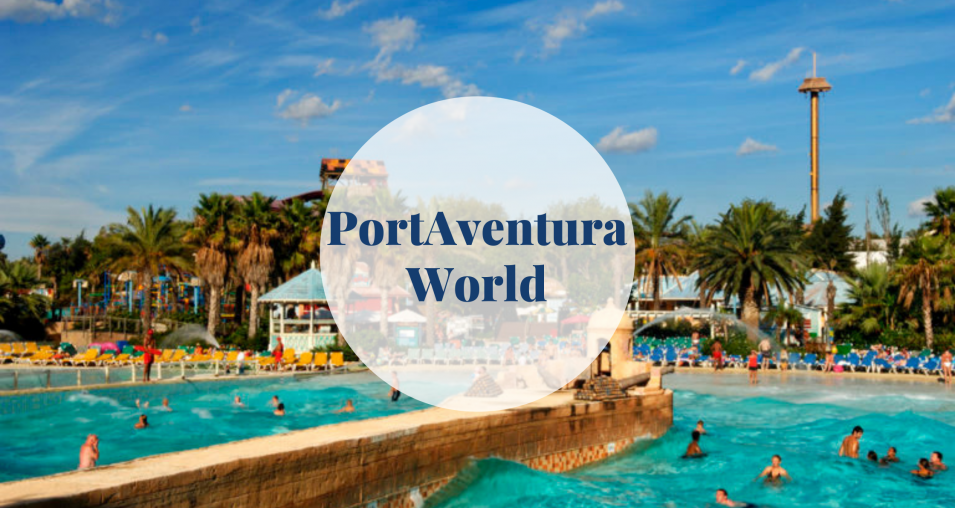 PortAventura World is a resort located in Salou, Tarragona, Spain on the Costa Daurada, about 110km away from Barcelona. The resort consists of the main theme park, PortAventura Park, a second theme park opened in 2017 called Ferrari Land and PortAventura Caribe Aquatic Park. You can find a total of 53 attractions at PortAventura World including Europe’s tallest and fastest roller coaster Red Force. Additionally, there are 31 restaurants and cafes and seasonal events during Halloween and Christmas.

Travelling to PortAventura World is easy because Reus airport is only 15 minutes away. Furthermore, there are train connections to Barcelona and Tarragona. Find your accommodation in Barcelona now! 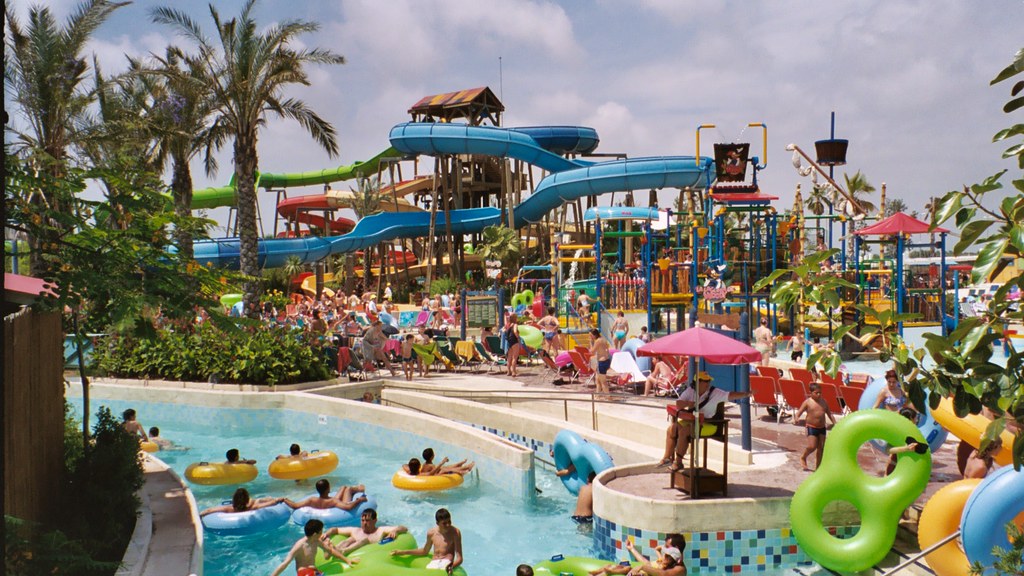 Port Aventura opened in 1995 unde joint European ownership. In 1998, Universal bought the majority share and built the Caribe Aquatic Park and two hotels. Port Aventura became a resort under the name Universal Mediterranea in 2002. Universal sold all their shares in 2004 and by 2016 Port Aventura had become PortAventura World Parks & Resort (the space in the name left out for trademark reasons). Ferrari land opened in 2017 as well as PortAventura Dreams Village, a hotel with 6 houses exclusively for guests with additional needs.

The Mediterrània area is the main entrance to the park and features three rides. The main ride, Furious Baco, has a top speed of 135km/h, making it one of the fastest rollercoasters in Europe! Mediterrània is based on a typical Catalonian town and includes several restaurants and shops. In July and August there are also parades and firework displays. Upon arrival to PortAventura Park you can be sure to enjoy an unforgettable and magical experience.

During Halloween, PortAventura World holds a parade through Mediterrània where the whole park is adorned in black and purple. Everyone gets dressed up in typical Halloween costumes for the parade. An old fashioned horse-driven funeral carriage leads the parade followed by other Halloween inspired floats, skeletons riding a bicycles, trains, planes, and of course a very scary demon.

So if you are in Barcelona during the Halloween period and staying close by, do not miss this amazing experience.

In the Far West zone you can relive the thrills and dangers of the American Wild West. The Far West area features many Wild West buildings and sculptures and has 9 different attractions, making it the biggest area of the park.

In the Far West you can find a train that takes you on a journey through the entire PortAventura park. Furthermore, the third largest roller coaster in the park and one of the biggest wooden rollercoasters in Europe, Stampida, is located here. Moreover, there is a maze through a blacksmith’s workshop and 2 water rides, fun for all the family.

The México area is themed exclusively on pre-Colombian Mexico. There are temples, statues, and ancient ruins as well as the Great Piramide which is the Entrance to the Gran Teatro Maya, the biggest show zone of the park.

The main attraction of the México zone is the Hurakan Condor, a tower ride operated by a cable lift. Once at the top you will have a great panoramic view of the entire PortAventura park. One of the tallest rides in the world at 330ft, the Hurakan Condor, is often labelled as the greatest due to the tilting seats. You can also enjoy wonderful Mexican cuisine at any of the restaurants in this zone. Enjoy everything the México zone has to offer accompanied by the sounds of traditional Mexican music.

The Polynesia area is a bit more laid back with less thrilling rides, however, this does not mean you should skip it. It is home to two shows and very few attractions making it one of the smallest areas in the park but what it lacks in size is made up for by the extremely realistic jungle-type environment. It even includes a volcano which is the setting for the main ride in the area, the Tutuki Splash.

The China area is the biggest land in the theme park and includes 6 attractions, including Shambhala and Dragon Khan. Opened in 2012, Shambhala beat 3 European records: the fastest (134km/h), tallest (76m) and the longest drop (78m). Dragon Khan is a daunting roller coaster with 8 inversions, only to be taken on by the most fearless of visitors. It consistently ranks amongst the best rollercoasters in the world according to polls. 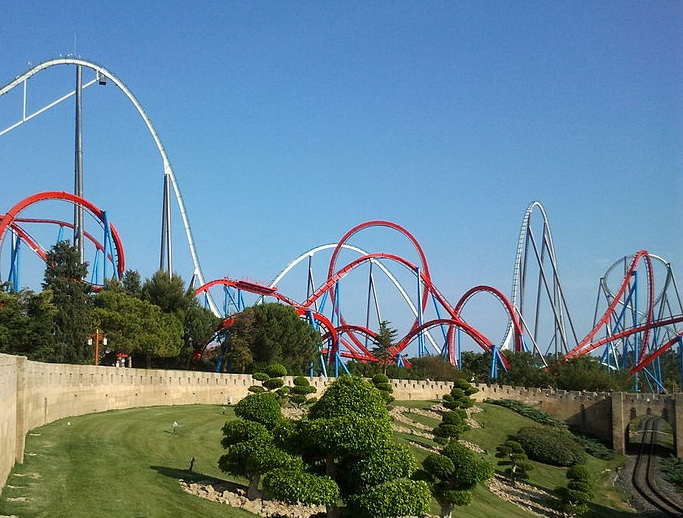 Moreover, there are 5 restaurants in the China area, including Marco Polo a buffet that serves dishes from all over the world. The main path through the area is designed like the Great Wall of China and there is a central square where you can find all the restaurants and shops.

This zone is themed around the TV show Sesame Street and is specifically designed for younger visitors to the park. There are over 11 rides in which you can experience many of the best bits from the TV show. Additionally, throughout the zone there are many characters to meet, such as Bert and Ernie, that will delight children.

Opened in 2017, Ferrari Land is the newest area of the park and the resort’s second theme park.  This area is inspired by Italy and include representations of Venice’s Piazza San Marco and Rome’s Colosseum. Ferrari Land is also home to Red Force the fastest (180km/h) and tallest (112m) rollercoaster in Europe. Only the most courageous of visitors to PortAventura World will be able to take on Red Force, will you be one of them?

PortAventura Caribe Aquatic Park is the third and final part of PortAventura World. There are 16 attractions  and the park is entirely Caribbean themed with beaches and palm trees. Additionally, in the park you can find King Khajuna, Europe’s tallest free fall water slide. There are also 5 restaurants where you can enjoy a bite to eat while listening to relaxing Reggae music.

Note: Rides sometimes close earlier than when the park closes