Color, happiness, noise, applause, fire. All these words describe only one thing: F I R E W O R K S. And what´s better than watching fireworks at the beach, with your feet sunken into the smooth sand, the sounds of the sea in the background and your family and friends surrounding you? Join us at the 46th International Costa Brava Fireworks Contest, in Blanes – Costa Brava, where for five consecutive days you will witness the most impressive fireworks from all over Europe competing. The contest will be held from July, 22nd to 26th 2016.

History of the fireworks in Blanes

The first appearance of fireworks in Blanes was over 100 years ago. According to the Spanish newspaper Blandence – El Atalya, the first fireworks happened on July 26th, 1897. The quote going along with it says: “At 9p.m, a nice bunch of fireworks was shot by a renowned pyrotechnic”. Fireworks stopped when the Civil War broke out in 1936 and started again in 1944 and in 1970. Eventually the event became a yearly competition designed to promote Blanes tourism.

Each day, one pyrotechnist shows off his fireworks installed throughout the day around a rock near the beach. The show begins at 10:30p.m at the Roca de Sa Palomera and lasts at least 30 minutes. 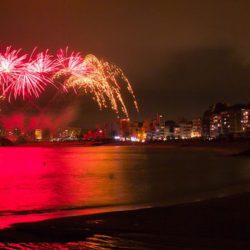 The best place to watch the fireworks

In 2014 over 250,000 spectators attended the fireworks competition. Since then, each year has seen more people. Expect the city to be crowded, over crowded in fact. The most popular places to watch the show are from the hill of St. Juan and from the beach. Do this only if you enjoy standing shoulder to shoulder with strangers. We recommend watching the fireworks from the ferries instead. During these five days, tourist ferries in Blanes will have special deals available. Floating over the Mediterranean sea, a boat is a very special place from which to enjoy the show.

And if you´re looking for accommodation nearby during this time, don´t forget to check out our Apartments in Costa Brava! 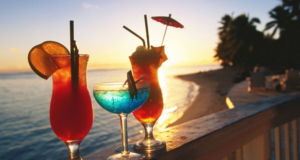 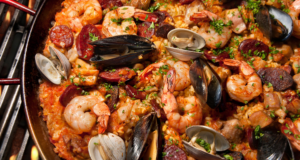 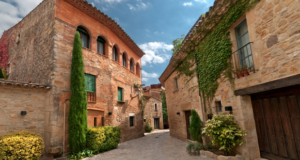 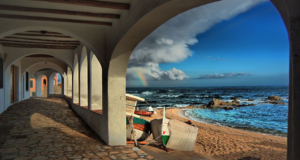 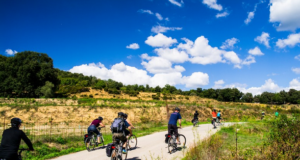