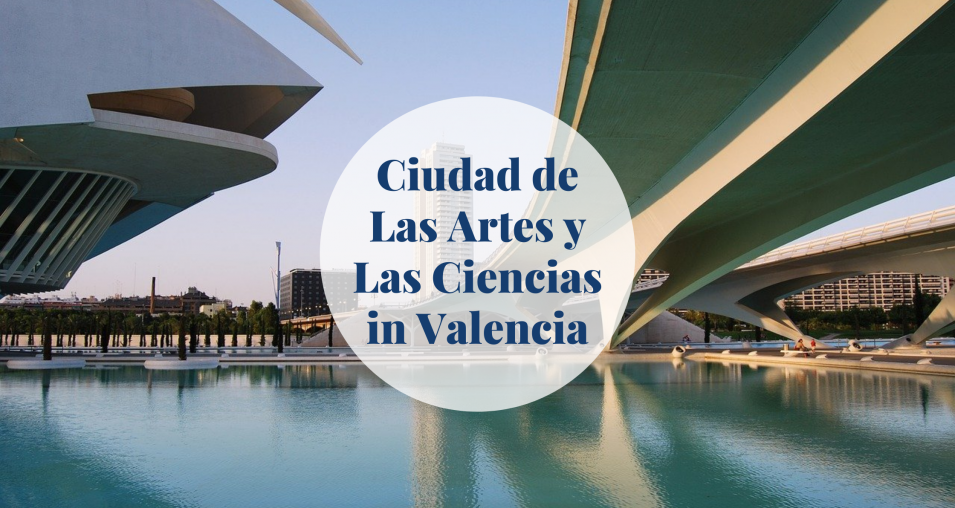 What looks like a Martian spacecraft, is actually the Ciudad de las Artes y Las Ciencias. Moreover, this is a tremendous complex which gives home to the cultural spirit of infinite curiosity and thirst for knowledge. For instance, there are three major themes here: arts, sciences and nature. The 350,000 square meters of the complex are further made up of several different areas, including the Palacio de las Artes, the Umbracle, the Museo de las Ciencias Príncipe Felipe, the Oceanogràfic and the Hemisfèric.

Music, new technologies, mathematics, ecology, education, cinema, nature, biotopes and vanguard arts are just a few of the subjects that have found their home in this unique complex. In addition, by allowing guests to actively participate in interactive exhibitions, it implements a new form of museum educational services.

This incredible building is the new face of the City of Valencia, with which it presents itself to the world as a window towards the future. In the same vein, it is at the edge of the former riverbed of the river Turia, which was drained and rerouted after a catastrophic flood in 1957. The old riverbed was turned into a picturesque sunken park.

Moreover, by Santiago Calatrava and Félix Candela (mastermind behind the underwater city “L’Oceanográfic” whose work is also reminiscent of Antoní Gaudí’s work in Barcelona), the project underwent its first stages of construction in July 1996. It has cost the Valencians about 1.2 billion euros and was completed in 2008, right before Spain was hit by the financial crisis. Nevertheless, Valencia’s tourism industry has further profited from it significantly, as it estimates to have brought over 40 million new visitors and a revenue of approx. 2 billion euros since its completion.

Valencians are proud to present to the world this symbol of a new, dynamic and advanced Valencia, which is building it’s own path towards a new future. The complex is a magical place, where everything seems possible, for instance: attend an opera, watch the stars, discover the origins of life, challenge a shark… Enter this fascinating world!

Hemisfèric is a spectacular building designed by Santiago Calatrava that represents a human eye, the eye of wisdom. The building symbolizes the act of observing the world, which visitors discover by means of surprising audiovisual projections. It was the first section in the City of Arts and Sciences that opens for the public, in 1998. It has an ovoidal roof of over 100 metres with a large sphere that houses the projection hall. The inner area includes the “Carl Sagan” Perimeter Ring which have its name in honor of the great American communicator. It is an oval or elliptic area that surrounds the dome of the projection hall and is protected by the large roof of the building.

The Oceanogràfic invites us to discover a genuine marine park that includes representations of the main seas and oceans of the planet. With a surface area of 110,000 m2 and a volume of 42 million litres of water (equivalent to 15 Olympic swimming pools), it is the largest aquarium in Europe. The Ciudad de Las Artes y Las Ciencias’ Oceanogràfic is made up of different buildings that contain representations of the earth´s most significant ecosystems, found in the continent’s seas and oceans.

A spectacular sphere, 26 metres in height, this space simulates two of the most singular wetland areas on the planet: mangrove swamps and the Fens. A large dome in an igloo shape represents the Arctic region. The Underwater Restaurant, in the centre of the complex, is the most emblematic building of the Oceanogràfic; due to its unique roof by Felix Candela. It represents a paraboloid figure similar to that of a water lily, and contains a large aquarium on the ground floor that fits perfectly into the whole of its perimeter. 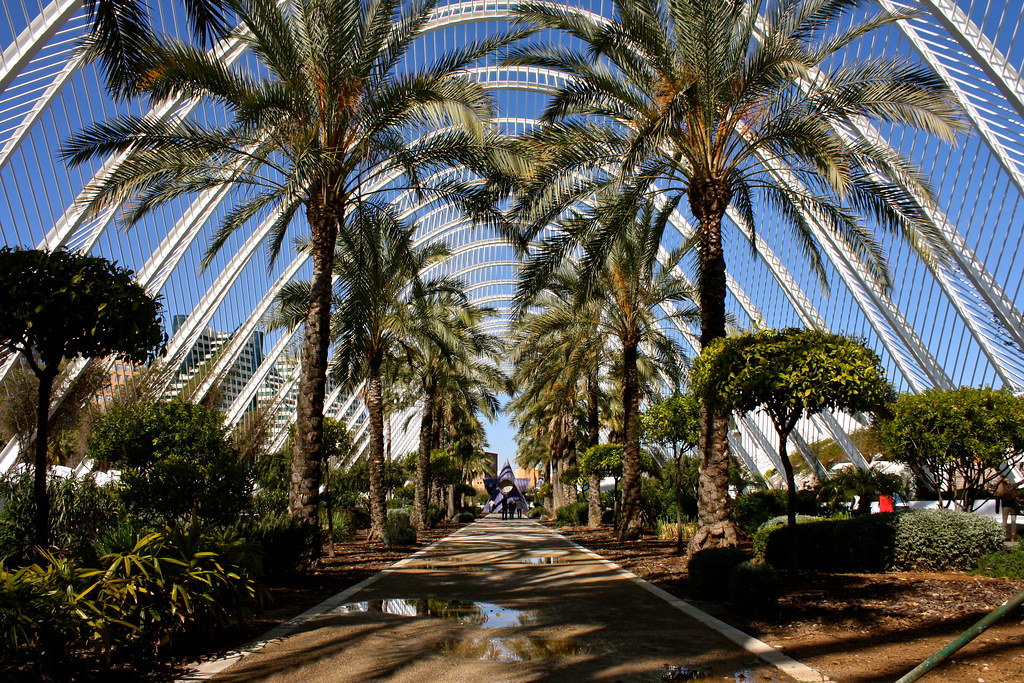 The Umbracle in the Ciudad de Las Artes y Las Ciencias is a jaw-dropping gardened esplanade and exhibition zone with incredible views over the whole complex; which houses a large car park. It is a vantage point of over 17,500 square metres with an exhibition zone from which all the buildings, lakes, walkways, and landscape areas of the City of Arts and Sciences can be seen. Its vegetation is characteristic of the Mediterranean region, of the Region of Valencia; and of tropical countries, and it changes according to the season of the year. The Umbracle also contains an interesting exhibition of contemporary sculptures by internationally acknowledged artists.

On the first floor of the Museum the public can find workshops and interactive science exhibitions; where they can experiment with fun modules, such as Exploratorium. You can access the first floor from Calle Mayor; which houses an artistic representation of the DNA double helix, 15 metres in height; as well as the Foucault Pendulum, which is one of the longest pendulums in the world (34 m). Visitors can also admire the impressive glass surface of the Museum; with over 4,000 panes and a beautiful view over the former Turia river.

The second floor is about the exhibition “The Legacy of Science”; which reveals the life and research of three outstanding Nobel prize winners. Here you will have the opportunity to explore an impressive Chromosome Forest on the third floor; with over 2,600 square metres for one of the biggest milestones in modern science: the sequencing of human DNA. There is a large-scale reproduction of the 23 pairs of chromosomes of the human species.

Other interactive exhibitions on this floor include “Zero Gravity“, created jointly with the European Space Agency; and the “Space Academy”, an interactive module that reproduces the space launch to the International Space Station.

This palace in the Ciudad de Las Artes y Las Ciencias consists of four big exhibition rooms: the Sala Principal, which serves mostly as an opera space; but may be use for ballets as well. The Aula Magistral, which was for live performances of small bands. The Auditorio, with room for more than 1,400 spectators. And the Teatro Martín i Soler, which is dedicated to Applied Arts and the Academia de Perfeccionamiento (Academy of Specializations).

In the same vein, are you planning a trip to the Ciudad de Las Artes y Las Ciencias and looking for an accommodation for your stay in Valencia? Check out these GREAT APARTMENTS in the city centre!

Previous: Gay Bars in Sitges
Next: Winners of the European Holiday Home Award 2015