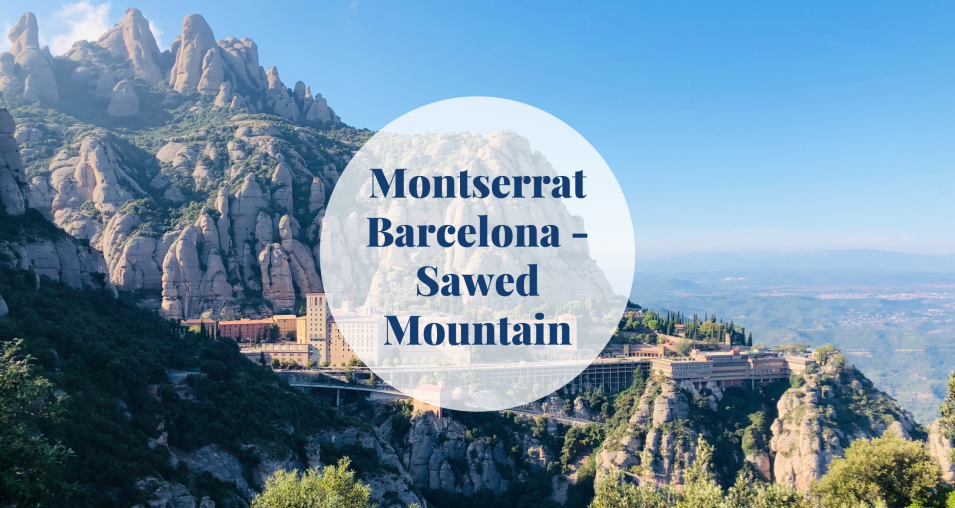 La Serralada de Montserrat, translated literally as “sawed mountain”, is a 1,200m high mountain located 50 km Northwest of Barcelona. The mountain has multiple peaks, whose main ones are: Sant Jeroni, Montgrós, and Miranda de Les Agulles. Climbing Montserrat seems like a whole challenge, but you are rewarded with the beautiful views from the top. When you need a break from the busy city life this is the perfect way to getaway. Not only does it have very pretty views and nature walks but also religious significance with sacred history dating all the way back to 880 AD. Visiting Montserrat Barcelona is considered being a one-day trip. 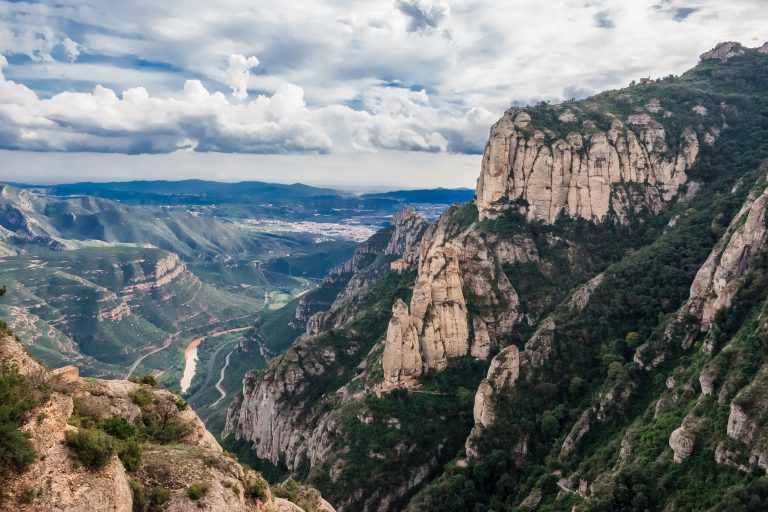 History and highlights of Montserrat

As said, Montserrat has multiple peaks, which means that it is a pretty big mountain. There are a lot of different things to do and see. The mountain divides the following comarcas (Spanish for ‘districts’): Anoia, Bages and Baix Llobergat. Montserrat is part of the Catalan Pre-Coastal Range. It is also well known as the site of the Benedictine abbey, Santa Maria de Montserrat. Here you can find the Virgin of Montserrat sanctuary. Since 1987 Montserrat has become a National Park. The mountain is composed of a strange but beautiful pink conglomerate. A conglomerate is a form of sedimentary rock.

The religious significance of the mountain revolves around the wooden statue of the Black Madonna (La Moreneta). It was discovered in 880 AD after a group of children were said to have repeatedly sighted a strange light falling from the sky. When the Bishop of Manresa and a group were convinced by the children to take a look, they discovered the wooden statue. This statue is said to have been made by St. Luke in around 50 AD and hidden here to protect it during the Moorish occupation.

The monastery was built and founded in 1025 and continues to attract pilgrims to this day. Montserrat grew in significance and, in 1493, Columbus even named an Antilles island after it., during the dictatorship of Franco the monastery become a sight of resistance. Hosting fairs in Catalan and it was even the site where the first bible in Catalan was published. It became an important symbol of Catalan resistance against the oppression.

On top of Montserrat, you can find Santa Maria de Montserrat Abbey. This abbey is part of the Order of Saint Benedict. One of the main reasons to visit the Abbey is the image of the Virgin of Montserrat. The monastery was founded in the 11th century and rebuilt between the 19th and 20th centuries. Around 80 monks still live in the monastery. The statue of the Virgin of Montserrat was found around 880 AD. It is from that day that the cult of the Moreneta virgin began. In 1811 and 1812, the abbey was burned down twice by Napoleon’s troops. A lot of treasures were lost in these fires. 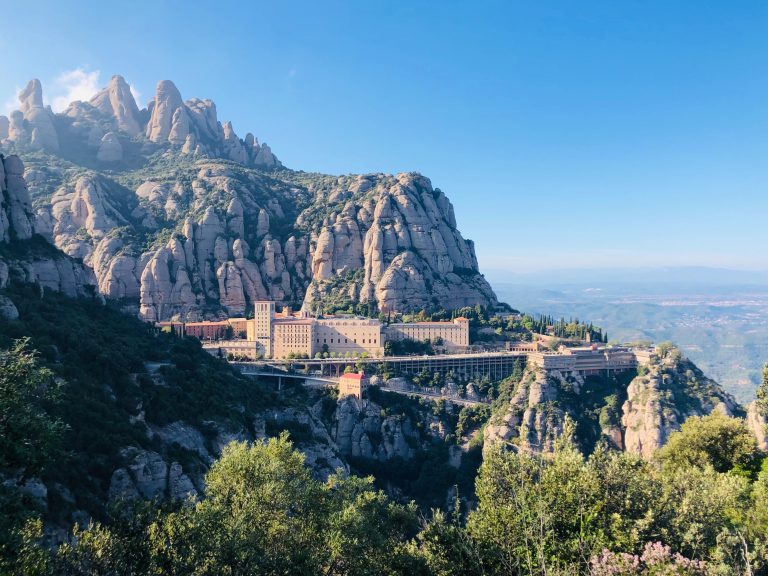 The Virgin of Montserrat is a Marian title that is associated with a venerated statue of the Madonna and Child. She is the Patron Saint of Catalonia, and she shares this honour with Saint George. The famous image was once called ‘Nigra Sum Sed Formosa”, which means “I am Black, but Beautiful”. 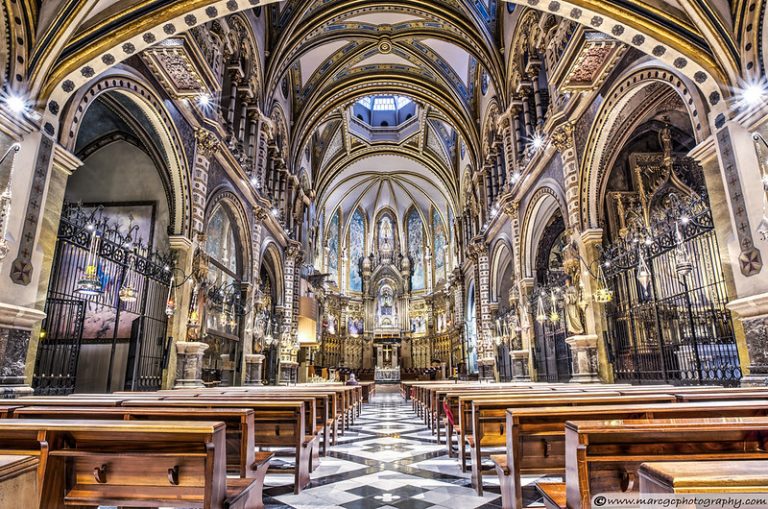 The Virgin of Montserrat actually was moved to Montserrat in 718, because of the danger posed by invading Saracens. Legend says that the Benedictine monks couldn’t move the statue so just decided to build around it. The polychrome statue is around 95 cm tall. The body is thin, her face is elongated, and she holds an orb of the earth in her right hand. The child’s hand is raised in a formalised and traditional Eastern blessing.

The monastery isn’t at the peak of Montserrat, the peak is another 300 metres up. You can take a railroad almost all the way up to the top. From there several well-marked hiking trails lead through the nature park of Montserrat. There are a lot of hiking trails to choose from, some of them lead to different deserted hermitages. Not a fan of hiking? We can ensure you it is worth the effort. You will be rewarded with a magnificent view of Catalonia. Santa Cova is one of the most popular hikes; which can be reached by the railroad as well. We advise you to wear hiking boots or at least comfortable shoes. Don’t leave the marked hiking trails because it can be dangerous and you can destroy fragile vegetation.

How to get to the mountain

You have various options to get to Montserrat Barcelona. These are the ways we know of, if you have any other suggestions please let us know in the comments below!

It is always a good idea to book your tickets in advance to avoid long waiting lines. There are a few options when it comes to buying tickets. You can of course book a private tour or just join one of the many group tours. You can also buy your own combined tickets: There is Trans Montserrat and Tot Montserrat.

Looking to rent an apartment in Barcelona? Check out our SPECIAL DEALS ON APARTMENTS all over the city with BARCELONA HOME!
Accommodations Touristguides 2013-10-23
+xavi