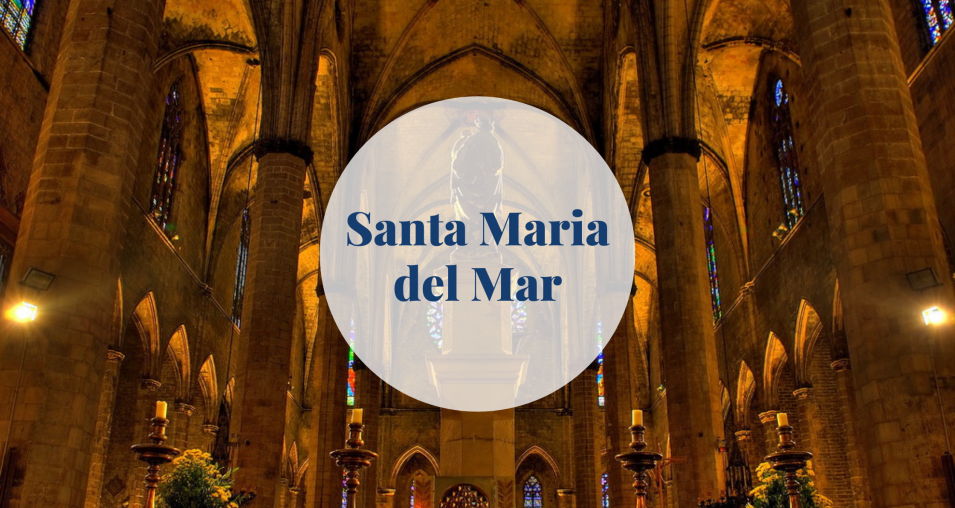 in About Barcelona, Culture, Sightseeing, The City October 23, 2013 Comments Off on Santa Maria del Mar 9,290 Views

The Santa Maria del Mar is a Gothic style church in one of the oldest districts of Barcelona. When you are taking a stroll through LA RIBERA you might just bump into it. Of course it’s a big church but it’s a little bit tucked away in all of the small streets. On one side you have some terraces and on the other you have a cute little street with some trees. All around the Church you can find clothing shops and all sorts of local shops.

Santa Maria del Mar was built between the years 1329 – 1389. But the building dates back to the year 998. The first stone was laid by King Alfonso IV of Aragon on March 25 of 1329. This stone is marked on a front plate in both Catalan and Latin. The main architects were Berenguer de Montagut and Ramon Despouy. The Church was build during the peak of medieval Catalan Culture. The Church had to endure a lot of things, like the fire in 1379 and the earthquake in 1428. And let’s not forget the Spanish civil war. The Church was renovated to its old glory in 1967. During the construction of the Church all the guilds of the La Ribera were involved. The walls, the side chapels, and the facades were finished by 1350. Because of the events that happened during the construction the final stone was laid on August 15 of 1384. The Church has a very simple map, which made it easier to construct. The side aisles are just as high as the midships bays, which makes the Church look like a big hall. The aesthetic highlight are the outer wreath of pillars in the apse, that filter the sunlight into an otherworldly light.

From the outside the Santa Maria del Mar looks like a pretty massive and heavy building. But if you go inside of the feeling you get a very different feeling. You can not see the whole Church at ones because it’s surrounded by a lot of narrow streets of Ribera. From the square of Santa Maria and Fossar de les Moreres you can get the best overall impression of the Gothic Church. We mentioned before that the feeling you get inside the Church is totally different from looking at it from the outside. The inside of the Church has a lot of space and light. This is because the simple ribbed vaults are supported by slender Octagonal columns. And also there is a lot of natural light coming through the high windows. There isn’t a lot of imagery inside the Church. Which is in contrast with a lot of other Gothic Churches in Barcelona. There was actually a lot of imagery in the Church but a lot of pieces were ruined in the fire of 1936. The spacing between the columns is the widest of any Gothic Church in Europe, they are forty-three feet apart. La Ribera is one of the areas of CIUTAT VELLA. Santa Maria del Mar isn’t the only building that dates from Medieval times, a lot of the other building in La Ribera also date from that time. There are a lot of well-known museums in this area: The PICASSO MUSEUM, the Textile museum, and the d’art Precolombí Barbier-Mueller museum. The most touristic and trendy area of La Ribera is the lower section. This section is just bellow Carrer de la Princesa and leading up to BARCELONETA. This area is also known as El Born. The most Northern part of La Ribera is the opposite. this area isn’t visited by a lot of tourists even though it is between ARC DE TRIOMF and Via Laietana. The area is being renovated so maybe in a few years it is the new hot area in Barcelona.

Other Churches in Barcelona worth to visit

Barcelona has some of the most beautiful Churches of the world. The most famous is the SAGRADA FAMILIA of course. But you also have La Catedral de Barcelona which is found in the Gothic quarter. Sant Pau del Camp is the oldest Church in Barcelona and can be found in El Raval. A tip from us is that you should visit the Royal Ministry of Saint Mary of Pedralbes. This historical and artistic monument is far from the noisy and crowded center of Barcelona. The architecture is very simple but follows the Catalan Gothic style. The garden surrounding the monument is very pretty and adds a wow factor.

The Santa Maria del Mar has an amazing rooftop. On this rooftop you can catch a concert during the summer months. You can book a ticket for just the concert or you can do a guided tour of the Church before. You can even book a guided tour of the towers and terraces. The tour of the towers and terraces will take you about 40 minutes, and also has free access to galleries and crypt. If you book a fully guided toor off the Church, towers and terraces this will only take you 15 minutes more. We suggest to just do the longer tour, because it is still under an hour and you get to see everything. Not only are there concerts on the roof of the Church but also inside and they are worth your time as well.

The nearest metro stop is Jaume I (L4 – yellow) 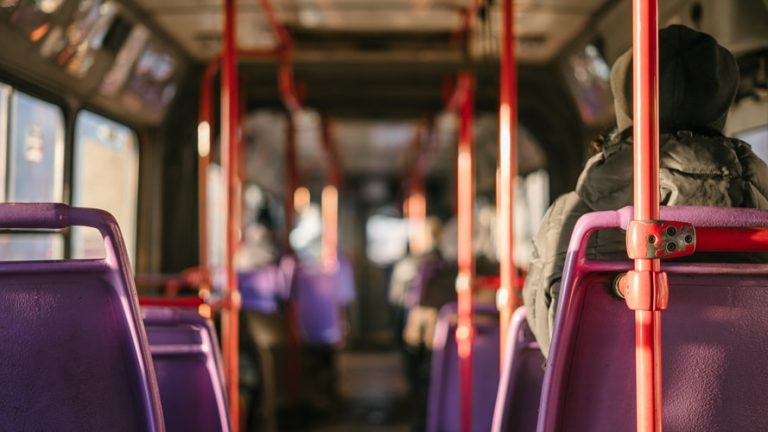 Are you planning a trip to Barcelona and looking for somewhere to stay? Take a look at the available apartment rentals on our website! Please feel free to contact us with any questions you may have.