Home / Culture / Movies Made in Barcelona: Part I 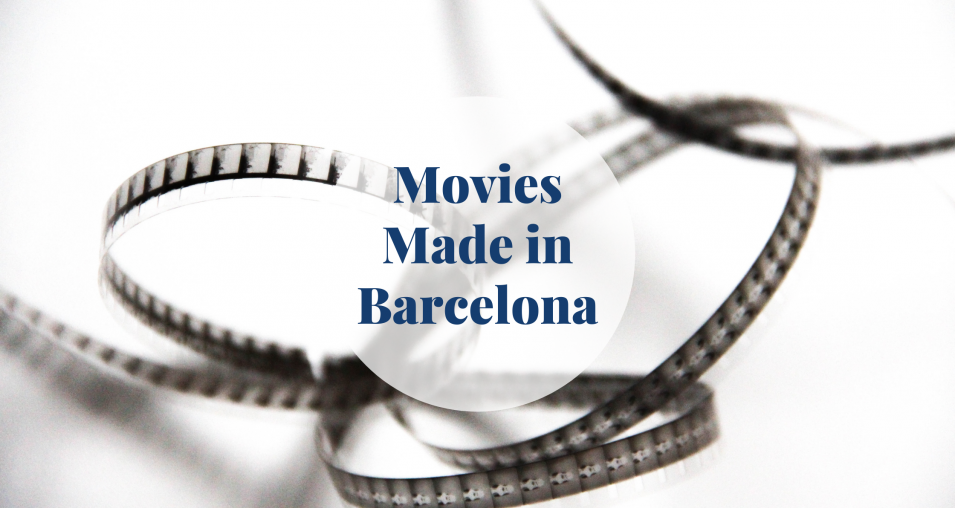 Movies Made in Barcelona: Part I

There are some big cities, which we’ve met many times before through movies and just start recognizing them from movie scenes when we actually visit them. It seems that Barcelona begins to acquire the status of a “movie set“. We would like to make a small tour of movies made through Barcelona. Let’s go!

We start with All about my mother (Todo sobre mi madre). Moreover, this movie is Almodóvar’s greatest work; beginning with a tragedy in Madrid, but soon after moves to Barcelona. Actually winning itself a Goya for best movie!

Let’s start the tour of the places throughout the movie! 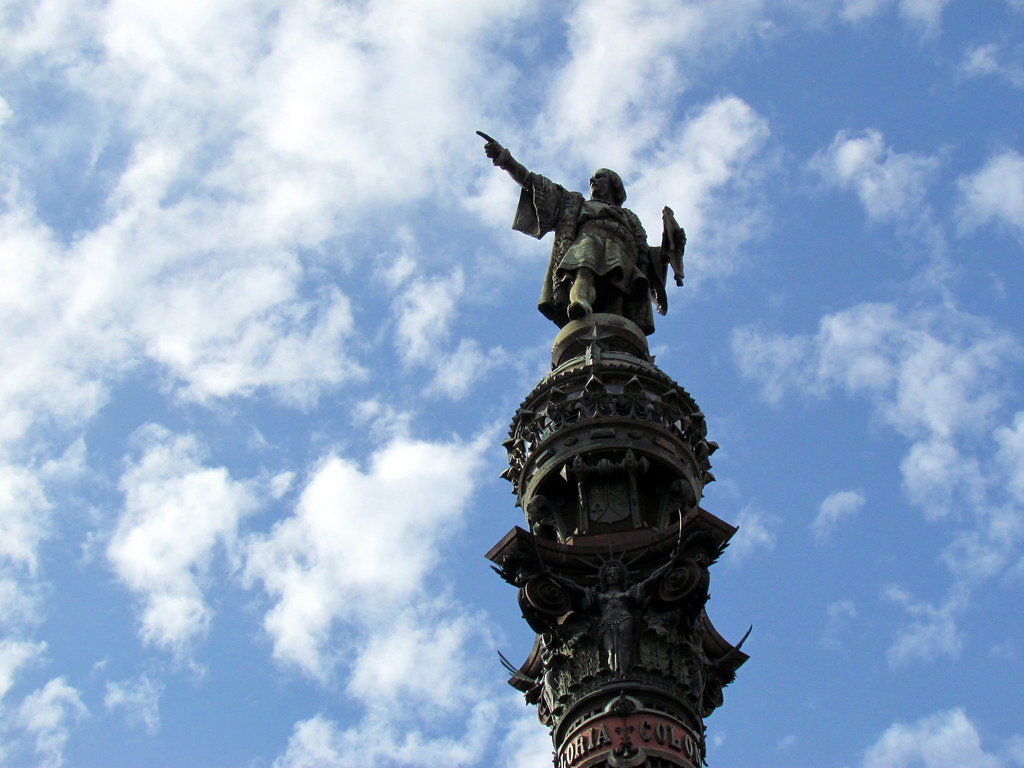 After the outrage of Manuela’s son everything changes, thus haunted by the death of the “only person who had” traveled to Barcelona to get away from this memory, searching for her ex-husband. The first scene shows Barcelona with a taxi passing by the Columbus monument.

There is a scene with a breathtaking night-time glimpse of the Sagrada Familia, in which the sheer buoyancy of the city steers the film in a powerful and exciting new direction. 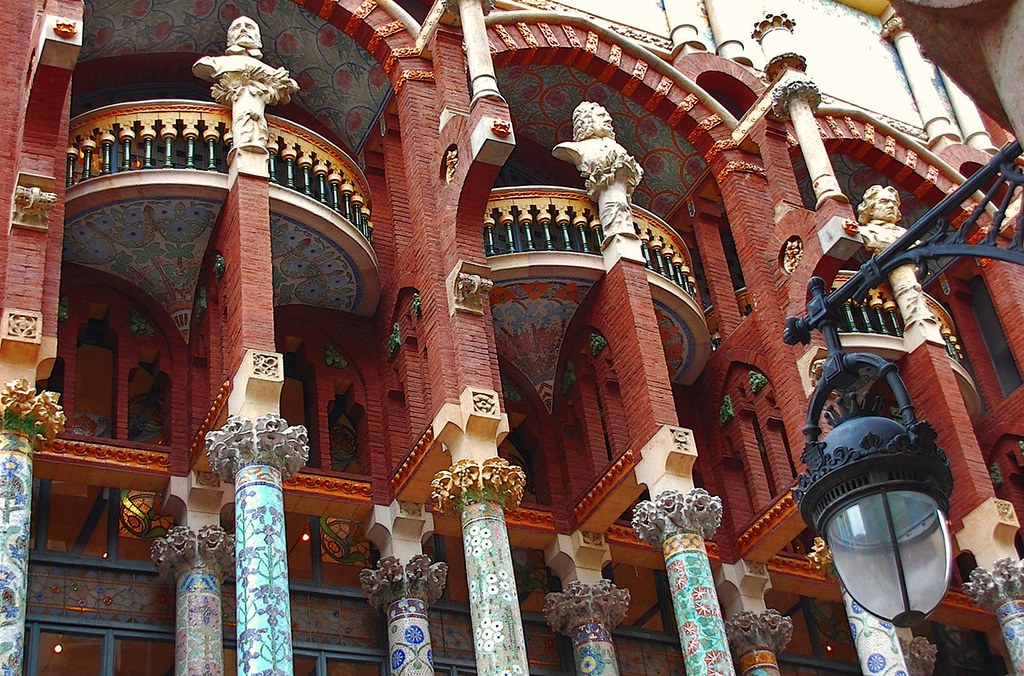 Manuela is looking for an old friend –  the transexual prostitute La Agrado. She asks if she can stay a few days at her home until she finds an accomodation in Barcelona. The house is right in front of the Palau de la Música. This building was built between 1905 and 1908 and is a pioneer work of Catalan modernism. If you want to go there, it’s on Via Laietana, 50. Metro Line 1 to Urquinaona.

Another modernist building. La Agrado and Manuela are looking for a job there, La Agrado after being struck and almost raped while serving as a prostitute in an empty storehouse. That’s where she finds Manuela and together they decide to look for something better. In their quest to find something, they meet Sister Rosa, a nun who cares about sick people. Rosa asks her mother whether Manuela can work at her home as a housekeeper, but Rosa’s mother denies the request. The house they live in is the Ramos house.

In this humble street Manuela and Rosa sit to talk about their future plans. Rosa confesses that she is pregnant and asks if she can go with Manuela to her home; because her mother was pregnant and would not accept being a nun. Pedro Almodóvar himself described the street as a mixture of Havana, Marseilles and Naples for its explosive vitality. The street is very close to the Picasso Museum, the church of Santa María del Mar and the old Born market.

Manuela, going to the theater to see the latest work he saw with her son before he died “A Streetcar Named Desire“. Indeed, she’s looking for Huma Rojo; who denied her son’s autograph. Subsequently, there’s also The Gothic part in the Carrer de les Caputxes; where Manuela and Huma found Nina on this street.

Manuela and Rosa go to this hospital. Almodóvar said he did not like the hospital, but it’s a mall illuminated by a few sunrays, making death seem like something distant, not tragic.

At the end of the movie, Sister Rosa dies of HIV. In the same scene also occurs Manuela’s encounter with her former spouse (Toni Canto). Around the Carrer Mare de Deu del Port.

Set in the rough and grimy working-class outskirts of the city, you find Uxbal (Javier Bardem), attempting to raise his two children single-handedly while dealing with his mentally imbalanced wife. Working with a sweatshop ring of Chinese immigrants for the manufacture of knock-off goods; which are later sold on the streets by the Senegalese in downtown Barcelona, known locally as Top Manta. When Uxbal understands that he is dying, he starts to do something good in his life. 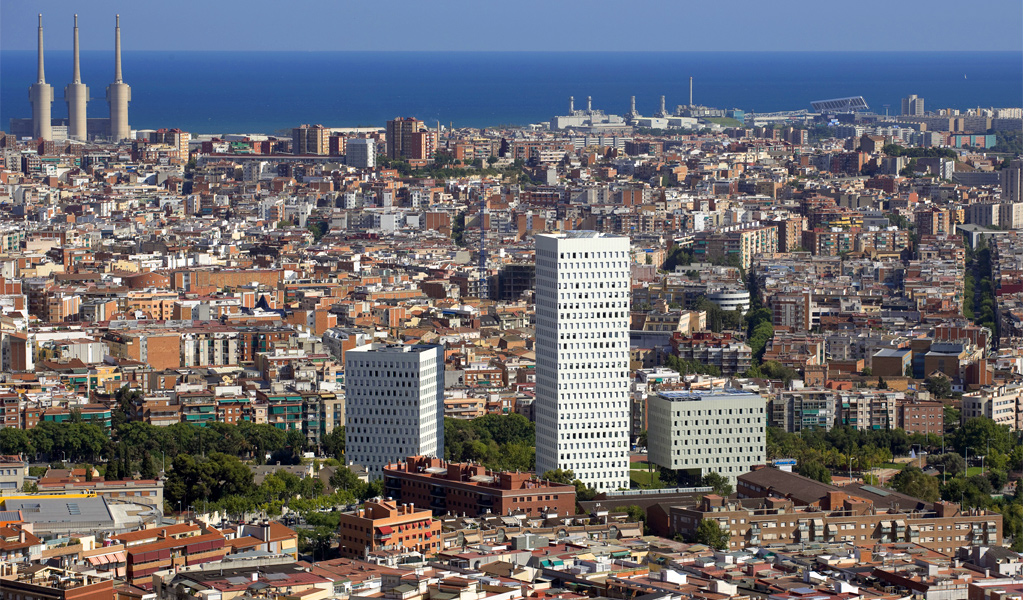 Previous: Clubs for Monday Night in Barcelona
Next: How to Fake your apartment pictures