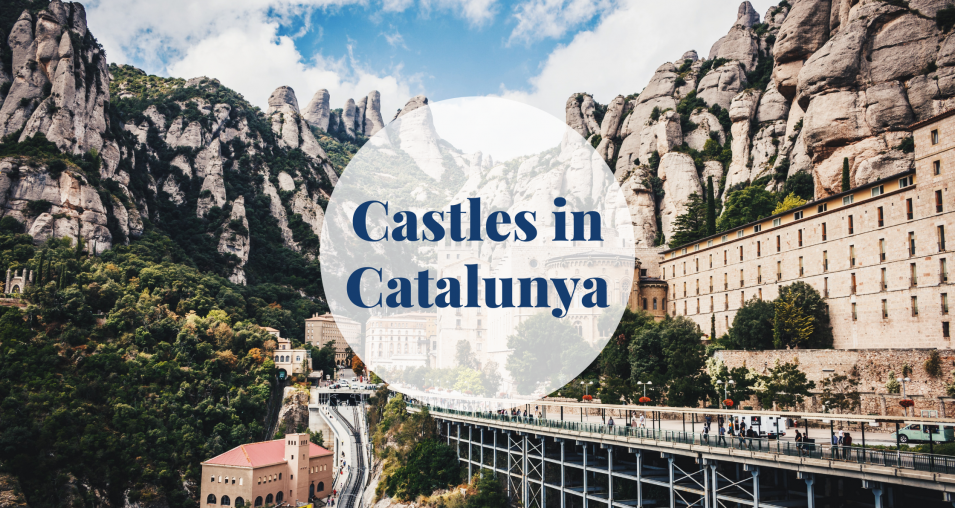 Which Castles to visit in Catalunya

Catalunya is synonymous with many amazing things; some of which are its rich culture, world-renowned food, and patriotic people. However, what some might not know is that Catalunya is also home to some of Spain’s most beautiful castles which offer endless days of discovery. Moreover, these castles are all in some scenic towns and villages, scattered through the province; meaning you also get the chance to soak up some rural, small-town Spanish lifestyle also. We have compiled a list of our top 10 castles of Catalunya for you to explore.

Santa Pau is in Girona within the Garrotxa Nature Reserve; which is a region made up of dormant volcanoes and woodlands. The town of Santa Pau is center around the medieval castle which dates back to the 13th century. Also, for those who like castles, this one will be of great architectural interest; as it has charming narrow alleyways which run off the main square. Cadaqués is a small coastal town in the Costa Brava. Although it was a simple fishing village, its popularity among tourists boomed in the 20th century. It is comprised of sloping streets of medieval origin; whitewashed facades of beautiful buildings, a picturesque bay, and a landscape of olive trees. The highlight of the town is the remaining evidence of the 11th century fortified town and castle; which was damaged during a pirate evasion in 1444. Siurana is a village in the lower part of the Sierra de la Gritella province of Tarragona. You can visit the Moorish castle; which was a military establishment built in the 9th century as a control center. The village stands tall on a rock mass and is surrounded by a torrent. Also, it presents magnificent views of the river Ciurana and its reservoirs. Besalú is a magnificent example of a medieval town,  in the comarca of Garrotxa in Girona. This town is a truly historic gem that is full of character. However, the village is known for its cobbled streets, unique facades; and a wonderful bridge which is the trademark of Besalú. Therefore, Besalú was awarded as National Historic-Artistic Ensemble because of its high architectural value; and is one of Catalonia’s best-preserved medieval towns, for instance. It is home to an ancient castle that is believed to have stood in the site in the 10th century. Tossa de Mar is between the city of Barcelona and the French border. However, the walled town offers stunning views of the surrounding Mediterranean coast; and countless hours of wandering its quaint side streets. Moreover, the enchanting castle which towers over the town is a great place to go to get a real feel for the history of Tossa de Mar. This is a quiet and picturesque village in Collsacabra, Catalonia. In the heart of Collsacabra stands Rupit; a medieval-origin village that has been kept intact by its residents, making a trip here feels like traveling back in time. From the peaks of the mountains, one can see the remains of castles and watchtowers built in the 10th century such as Castle Rupit. Arties is a small, high-mountain village in the county of Val d’Aran. Therefore, it has magnificent views and is surrounded by two rivers. Moreover, it is home to the tower of the castle of Arties (or castle of Entransaigues) built between the 12th and 13th centuries. Mura is a medieval town in the Natural Park of Sant Llorenc de Munt il ‘Obac. In addition, it has everything medieval town enthusiasts could imagine; narrow cobbled streets, steep stairs leading to remarkable views, squares surrounded by ancient churches, and stone palaces, for instance. Pals is a medieval town on top of Puig Aspre near the Costa Brava. Moreover, you can find it on top of a hill, overlooking Platja de Pals; this charming town with its cobbled streets, craft shops, traditional restaurants, and bars is a great place to visit in Catalonia. Declared a site of historical interest in 1973; Pals is so beautifully preserved that the circular Romanesque tower Torre de la Horas still holds its original structure and is a highlight of any visit to Pals. Miravet is a municipality in the region of Ribera de Ebro, Province of Tarragona. This is a village full of history on the Ebro river. It has a beautiful castle, high on the hills; which offers breathtaking views. Therefore, it is impossible to miss the striking Castle of Miravet when visiting the town!

Built on an excellent vantage point, the medieval castle of Miravet is further one of the best examples of the architecture of the Order of the Templars in Europe. This military and the religious building is Arab in origin; and was built in the defensive style of the castles Terra Santa, with majestic walls that rise up over the River Ebro.

Subsequently, after its conquest in 1153, it became the property of the Christians and Ramon Berenguer IV gave it to Pere de Rovira, master of the Knights Templar in Hispania and Provence; who reconstructed the castle transforming it into one of the main centers of Christian power on the Iberian Peninsula. The castle was further converted into a castle convent by the Temple Kings around the middle of the 12th century.

Beyond the Castle, Miravet is a walled citadel with constructions on different levels. Its forms are blunt and austere, for instance, like a form of the medieval hive; in that within the walls, the community had everything needed for day-to-day living.

Most importanly, if you looking for a great ACCOMMODATION IN BARCELONA; Look no further, we have what’s right for you!

Previous: Space Rental for an Event in Barcelona
Next: Otto Zutz Club Barcelona