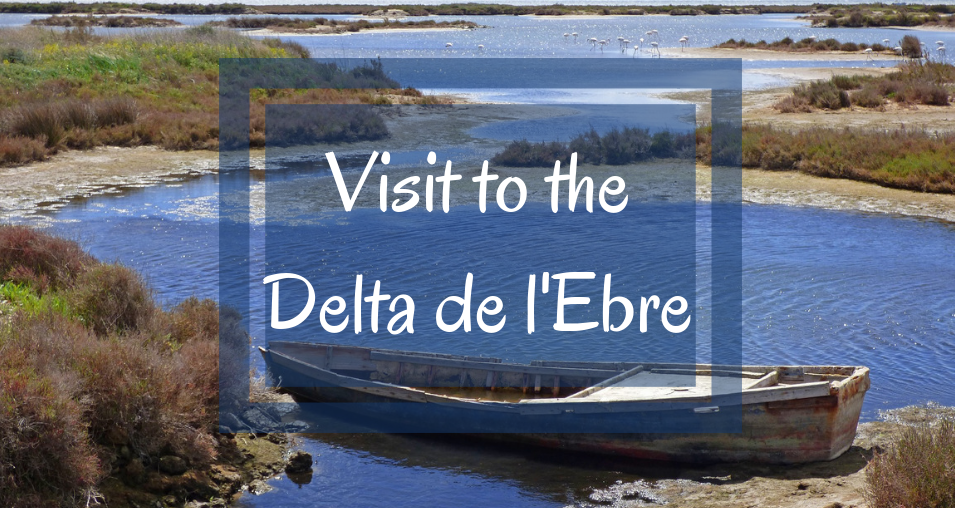 Visit to the Delta de l’Ebre

The Ebro (Ebre in Catalan) is the largest Spanish river and the second of the Iberian Peninsula (after the Tagus).

Its length, measured from the source of the Hijar river, on the Peña Labra (Cantabrian Cordillera), is 928 km and its basin has 83.093 km² of the surface. Traditionally, however, the source is fixed at about 1,000 s.l.m. in Fontibre, near Reinosa, where a modest resurgence (about 1 m³ / s) with a stone indicates the source: from here to the mouth the length is 910 km. It flows into a wide delta in the Mediterranean Sea, about thirty kilometers southeast of the city of Tortosa, in the province of Tarragona.

The river crosses the regions of Cantabria, Castile and León, Basque Country, Navarre, La Rioja, and Aragon and the cities of Logroño, Tudela, Zaragoza before flowing into the Mediterranean Sea in Catalonia, with a large 320 km² delta near Tortosa. 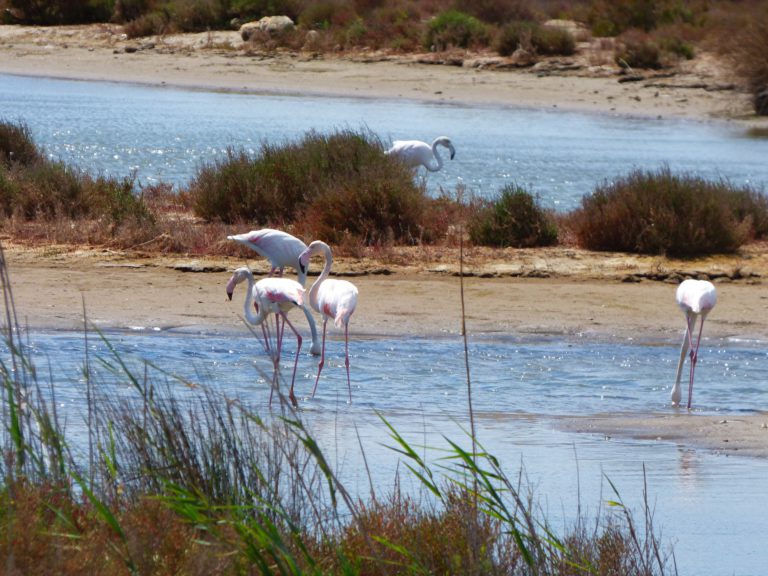 In the Delta de l’Ebre, there are various habitats and places that deserve to be visited. Here are the best!

Deltebre is a Spanish municipality of 10.478 inhabitants located in the autonomous community of Catalonia. Its name derives from the fact that the municipality is located within the delta of the river Ebro (in Catalan Ebre).
Deltebre is the capital of the Delta del Ebro.
In the beginning, there were two cities: Jesus and Maria and La Cava which came together to form a single city: Deltebre. Throughout the year you will be able to enjoy activities such as itineraries surrounded by nature, routes and excursions, horse riding, bicycle, canoeing, boats,…

Poblenou del Delta or Poble Nou del Delta is a town belonging to the municipality of Amposta, county of Montsià, province of Tarragona, in Catalonia, Spain. It presents the legal status of a parish and is as such represented by a pedáneo mayor. It was created in 1956 by the National Institute of Colonization (Spain) with the name of Villafranco del Delta, name that was changed by the current one in 2003.

The town is characterized by its landscaped streets, typical white-walled houses with an interior patio and a delta gastronomy offered by its restaurants, and is located 12 kilometers from Sant Carles. 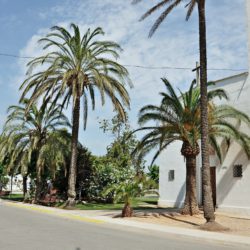 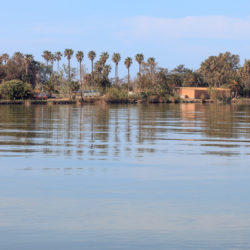 The island of Buda is a maritime-fluvial island located at the eastern end of the Ebro delta, belonging to the municipality of Sant Jaume d’Enveja, in the Montsià region, province of Tarragona (Spain). With 1000 hectares and about 5 km long, it is the largest island in Catalonia.

It is of alluvial origin since it is formed by the sediments deposited by the Ebro just before flowing into the Mediterranean Sea. In the shape of an inverted triangle with the vertex to the south, the island is surrounded by the two arms of the river, the main one (the Levante slope) to the north, which separates it from the island of Sant Antoni, and the second one (the slope) south) to the west; the east side, with the beach of Buda, is bathed by the Mediterranean and culminates in the eastern end at the cape of Tortosa, near which stands the Buddha lighthouse. In its interior, there are the lagoons of Cajón Grande or Arriba, (Calaix Gran or de Dalt) and el (Calaix de Mar or de Baix), which is the habitat of a large number of bird species.

The island can be visited only if the rules are followed. Delta Guia organizes guided tours that last about 1h30. 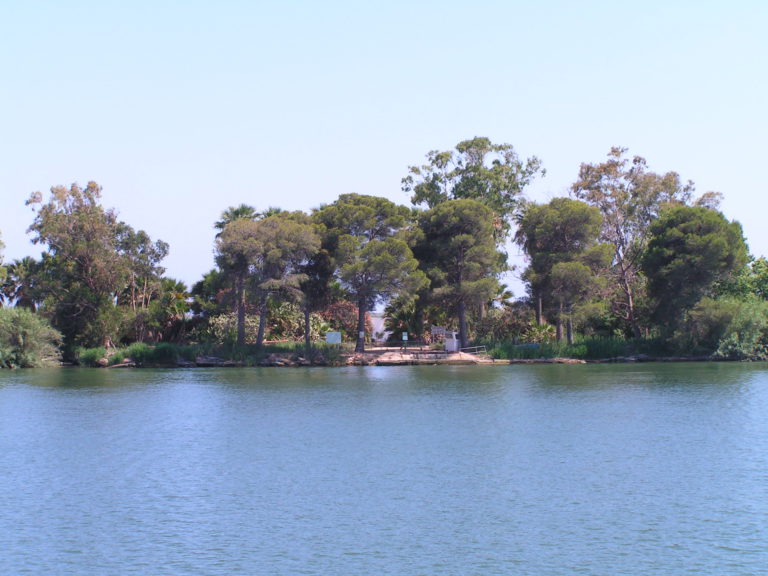 Museum opened in 1983 in the building of the old schools of Amposta, which collected basically archaeological and ethnological materials in the region.
It was created by an agreement between the city council and the Generalitat of Catalonia. In 1994, the new consortium created by the Montsià County Council and the Amposta city council for the management of the museum began work, and in 1996 work on enlargement began. Once finished, in 2004, the museum, under the name of Museu Comarcal del Montsià, went from 1,000 m 2 to 3,000 m 2 of the surface.

In 2011, the museum initiated a new era refurbished with the name of Museu de les Terres de l’Ebre. 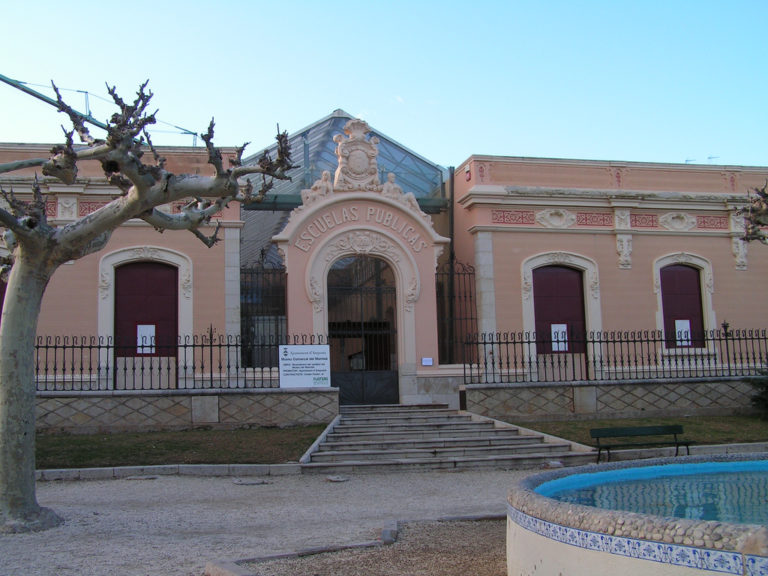 The Encanyssada Lake is another beautiful place to watch birds. You will find a small information center in La Casa de la Fusta. 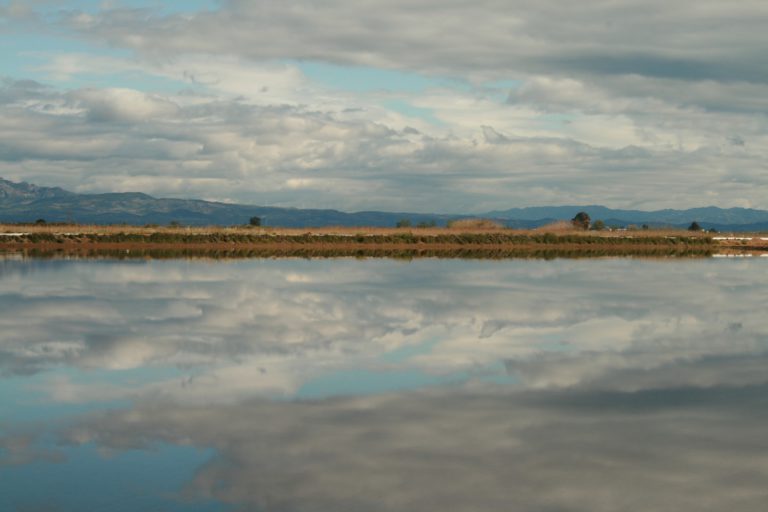 Long and deserted beaches, with dunes and vegetation samples, are worth visiting.

Almost the entire coastline of “the Delta Coast” belongs to a Natural Park. Only one or two beaches (for example the Riumar beach) has tourist services such as bars, showers, garbage, rescue services, etc. The other beaches have a natural atmosphere.

Riu i Platja de Migjorn: The Migjorn river is a great opening of the Ebro that surrounds l’Illa by Buddha (the island of Buddha) for 3.5 km ending at the beach. This area can be accessed by car from San Jaume (the next town).

Llacuna de la Tancada: has an extension of 312 ha, it is advisable to visit this area by car or bicycle. In the lagoon, you can observe flamingos and different species of duck. 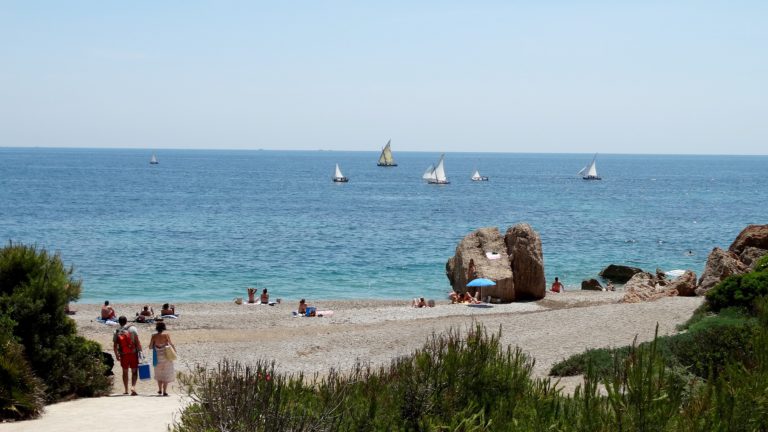 In the locality of Deltebre, in the province of Tarragona, there is a variety of incredible restaurants, but without a doubt, the one that stands out is the Cadell establishment.

On this place, they use local Delta products, in which you can check the true taste. You can also accompany with excellent wines. 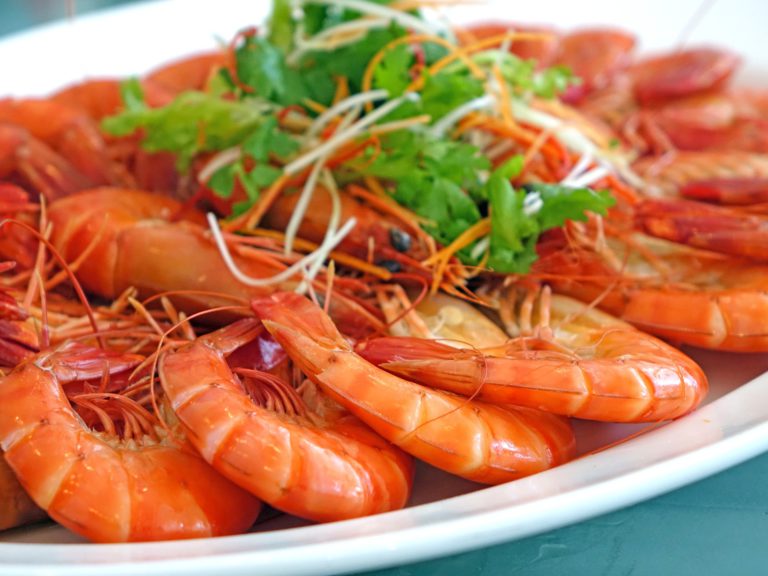 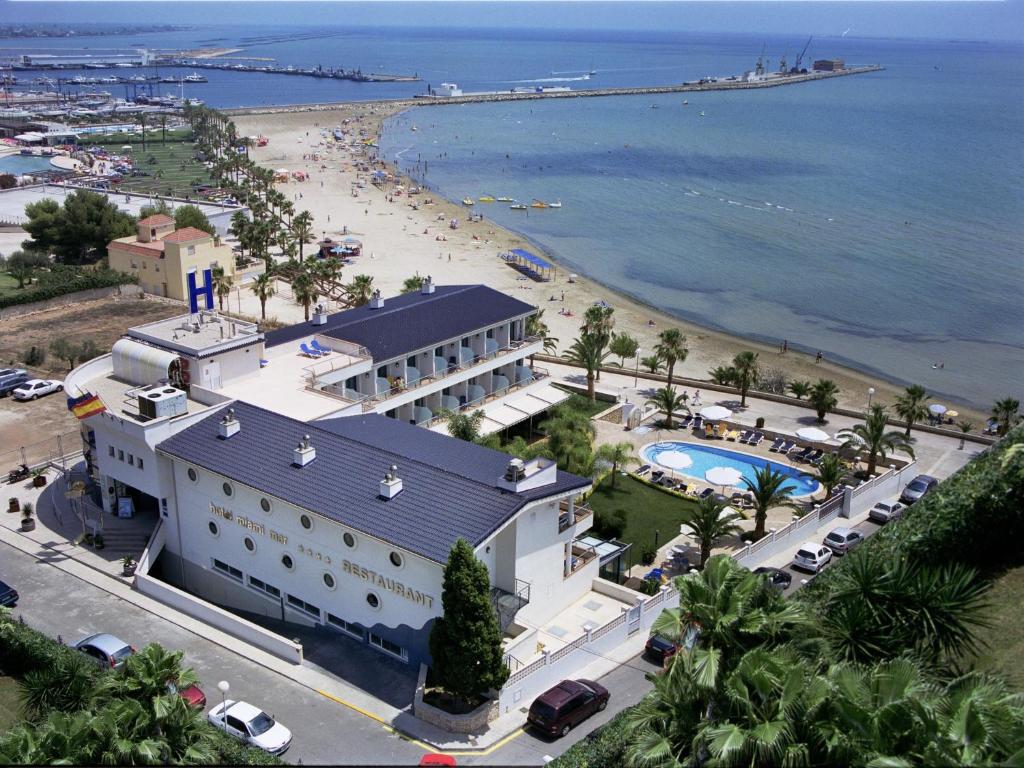 This property is a 1-minute walk from the beach. Hotel Mar Miami is just 20 m from Alfacs Bay in Sant Carles de la Ràpita. It offers an outdoor pool, gym and air-conditioned rooms with free Wi-Fi, satellite TV, and fantastic sea views. 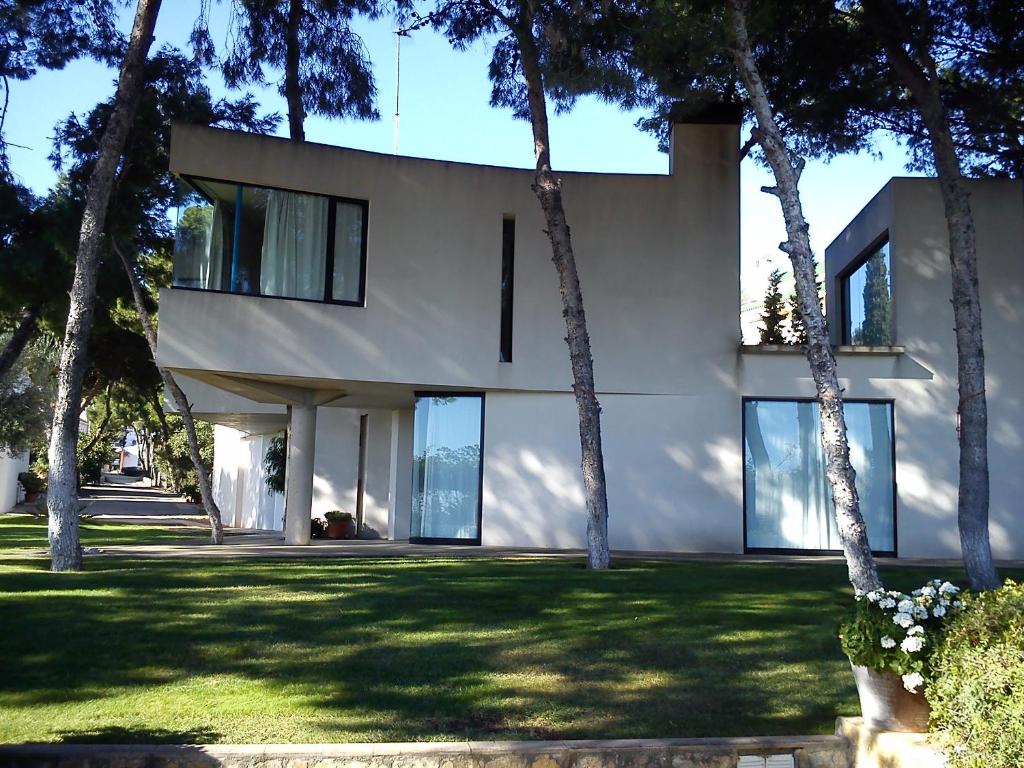 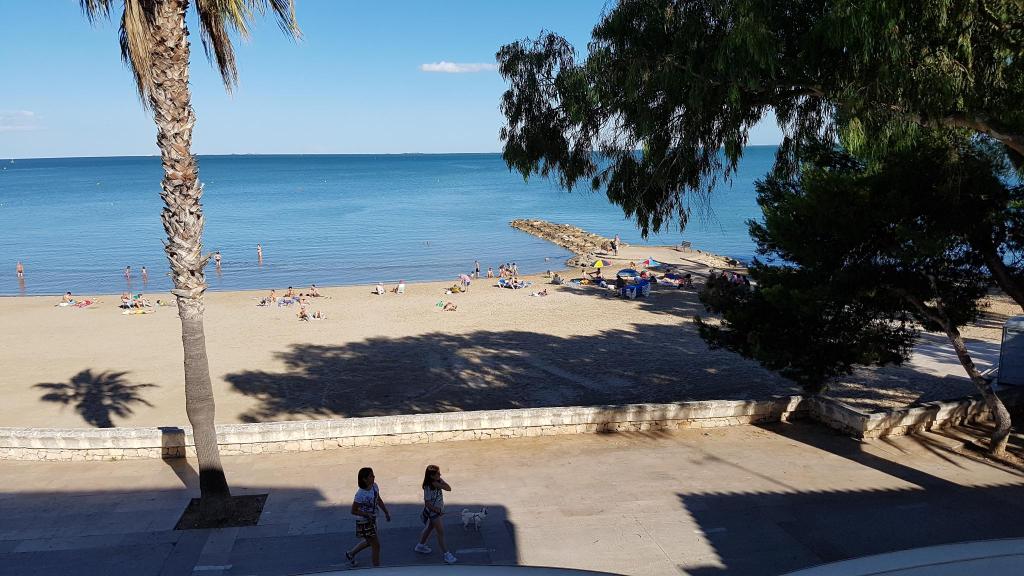 This modern hotel is set next to the port, 2 minutes’ walk from the historic centre of Sant Carles de la Ràpita. It offers cosy rooms with free Wi-Fi and excellent views of Alfaques Bay, 300 m from Garbí Beach.

Looking for an apartment in Barcelona? Check out ourSPECIAL DEALS ON APARTMENTS all over the city with Barcelona Home! 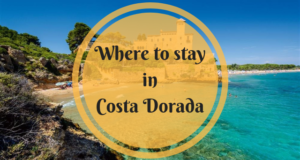 Where to stay in Costa Dorada 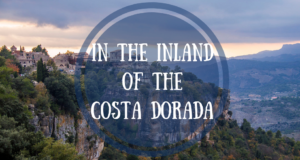 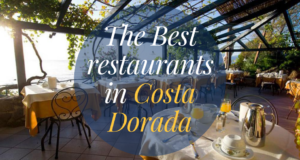 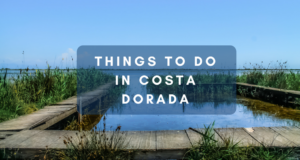