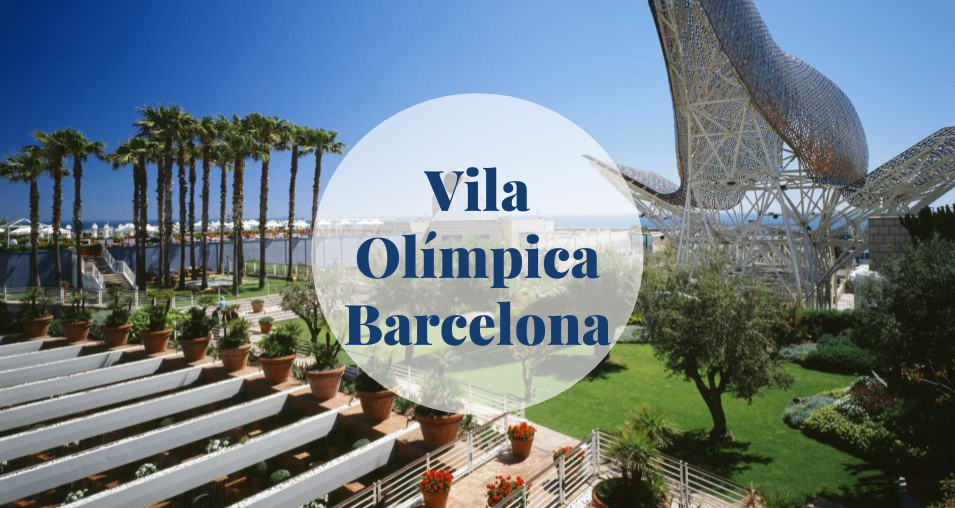 The Vila Olímpica neighborhood is made up of a set of wide avenues facing the sea adjacent to the promenade, Passeig Marítim; A walk here is the best way to rediscover the Olympic spirit of the city. Located next to Parc de la Ciutadella, the Vila Olímpica is a trendy area full of bars and restaurants and is a perfect spot of sunbathing and water sports.

The Vila Olímpica Barcelona was part of the regeneration project of the derelict industrial area of Sant Marti in preparation for the 1992 Olympics. Two skyscrapers immediately confront you on the way to the beach with many modern buildings lining the streets. The area is known for being a trendy area for young professionals and you will find plenty of great seafood restaurants and bars here.

Also known as the athletes’ neighborhood, due to the 1992 Barcelona Olympic Games in the middle of an industrial area this former shanty town even without a proper beach, the Vila Olímpica neighborhood was built. Subsequently with newly built and with some emblematic buildings, this neighborhood gave a new opportunity to this impoverished area. The design of the neighborhood, the work of the team made up of Josep Martorell, Oriol Bohigas, David Mackay and Albert Puigdomènech; moreover it was made following the grid model of islands of houses in L’Eixample.

The Vila Olímpica was the official residence of the athletes in Barcelona for the Olympics; but the athletes gave way to the families that were settling in the neighborhood. Thus it became a benchmark for quality and tranquility in Barcelona. 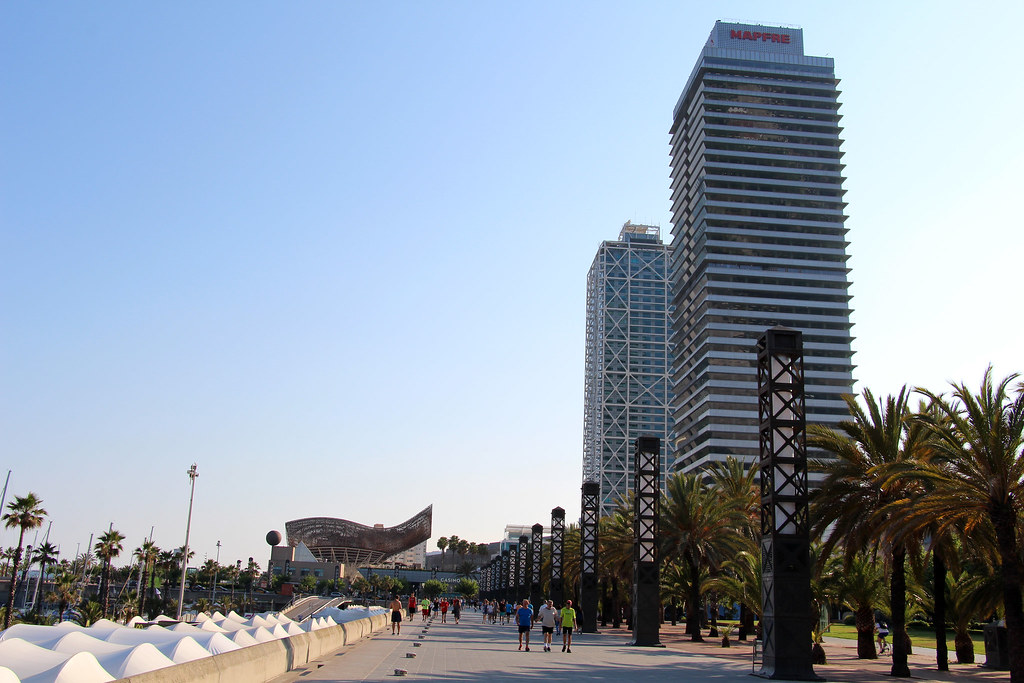 The neighborhood is largely low-density residential; Therefore, in 2008, the neighborhood had 1 pre-school education center, 3 primary education centers, and one secondary school. The Olympic Port is also located, built on the occasion of the games for sports navigation whose capacity allows it to accommodate a considerable number of boats.

Highlights of the Vila Olímpica

Some of the best things to see and do in Vila Olímpica are to take part in water sports such as surfing and sailing. Take a look at the iconic sculpture of a Peix (Fish) by Frank Gehry with its golden metallic curved sheets reflecting the Barcelona sunshine right next to the sea. 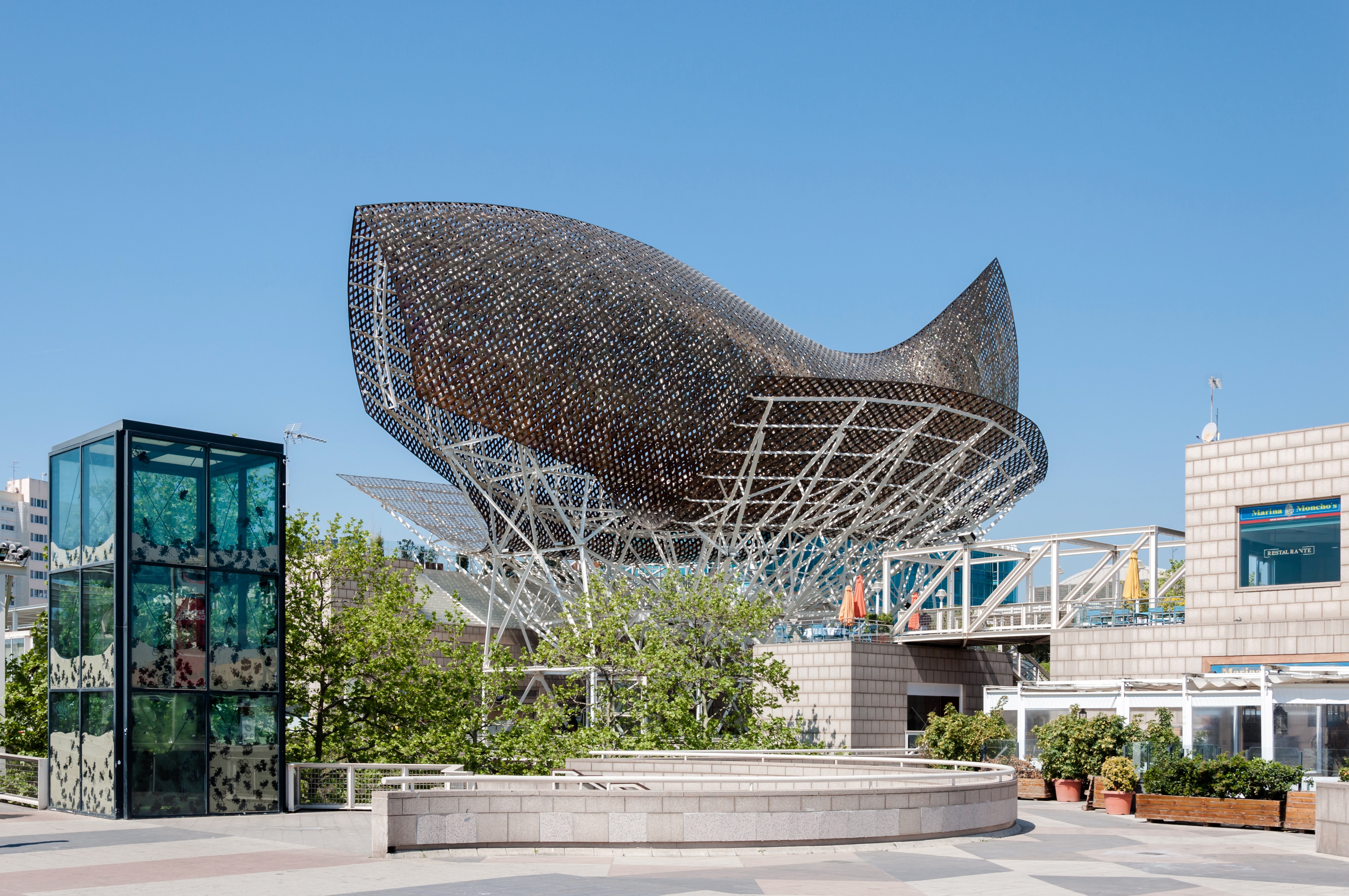 There is also a small shopping centre with a cinema (Cine Icarià) where you can see the original versions of the latest films with Spanish subtitles. You can as well see the emblematic pair of towers (the hotel and the office building). Closeby is the Parc de la Cuitadella, the area of el Born and the huge Diagonal Mar Shopping Centre so you are never far away from all the main attractions and sights.

At La Plaça dels Campions, where you can also find the recognize Parc de la Nove Icària. Moreover you can see plaques dedicated to the gold medal winners of the 1992 Olympics. This beautiful park along the coastline, has views of the sea and the beach with the same name. A wide expanse of lawns, walking paths, and footbridges. 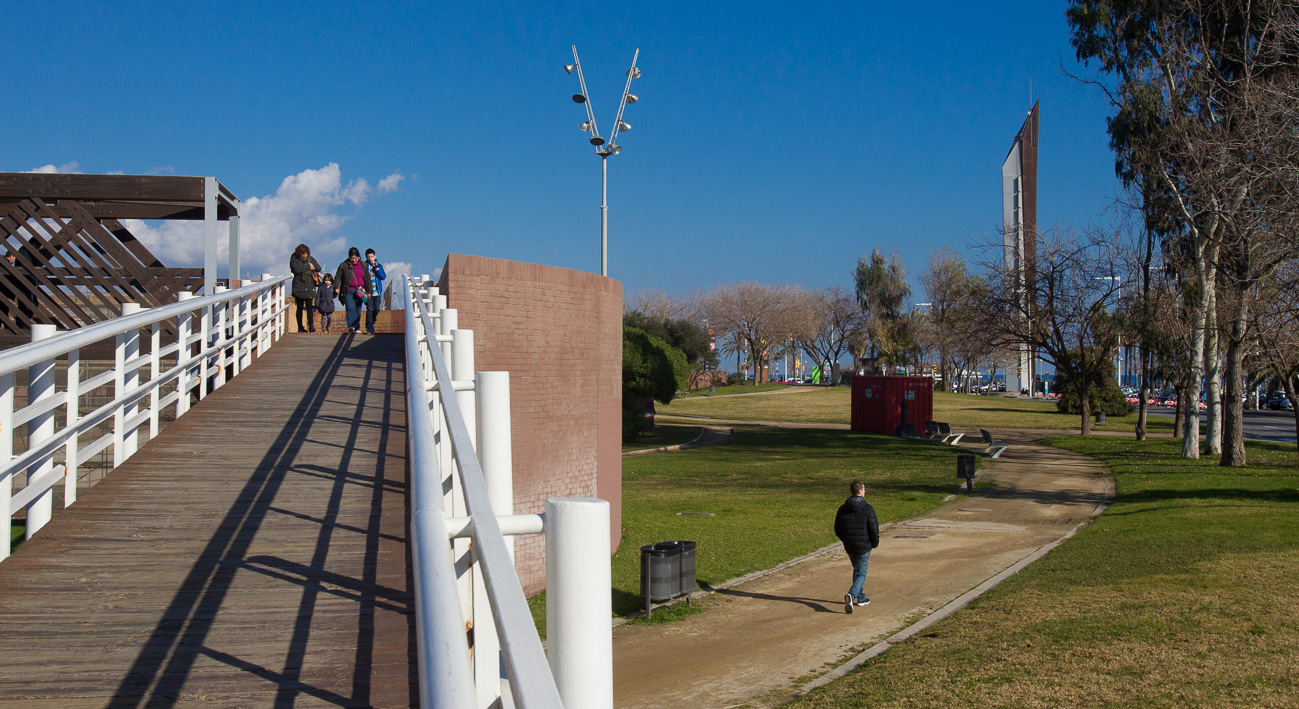 One of the most striking tourist attractions is: The Olympic Port; built on the occasion of the sports boating games. This port invites the movement of visitors and locals; both during the day and at night: water sports, discos, bars. Something is always happening at this epicenter. Right next door is La Barceloneta, the traditional district for sailors and fishermen. It is a mandatory step before going to the beach. 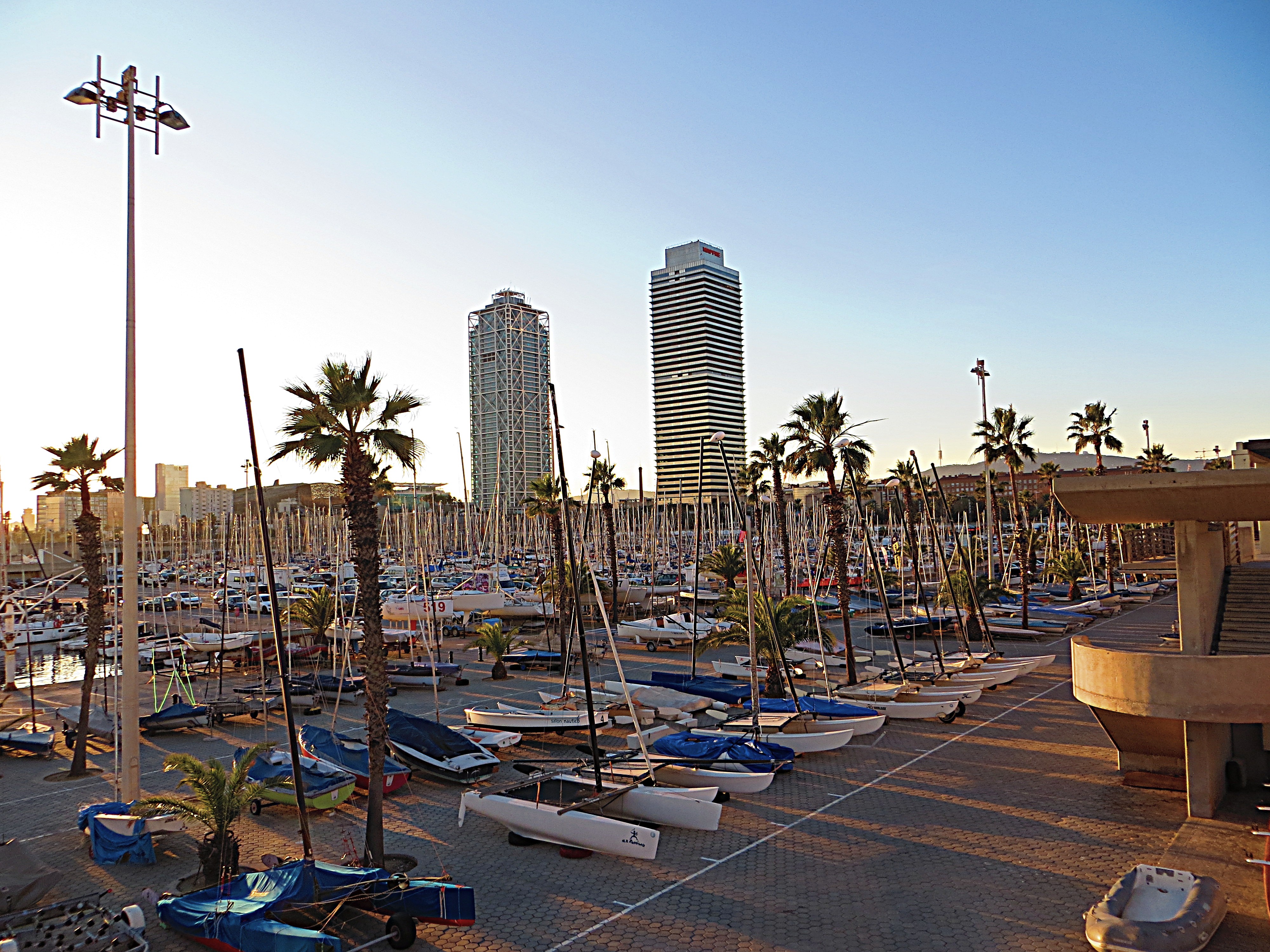 If you are planning a trip to Barcelona and desire to stay in a location close to the shores and the noise of the nightlife, we can help you find the best accommodation that fits all your needs in our website. 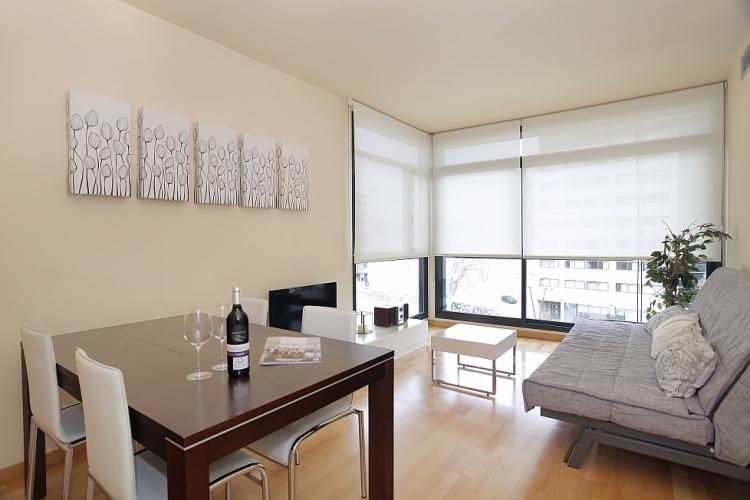 Beautiful apartment, situated in a recent building; with a small terrace where to enjoy a nice evening with friends or family. It is situated in an exceptional spot to make the most of Barcelona; in the same vein it is just a few minutes away from Parc de la Ciutadella and from the beach. 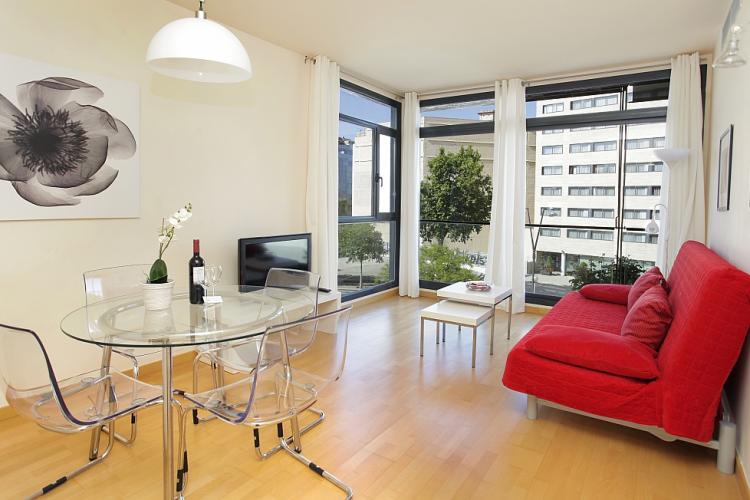 This elegant apartment is situated just minutes away from major touristic attractions of Barcelona; such as Villa Olimpica, the Parc de la Ciutadella or the Barceloneta. In the Puerto Olimpico, however, you will find many restaurants where to taste fine local cuisine.