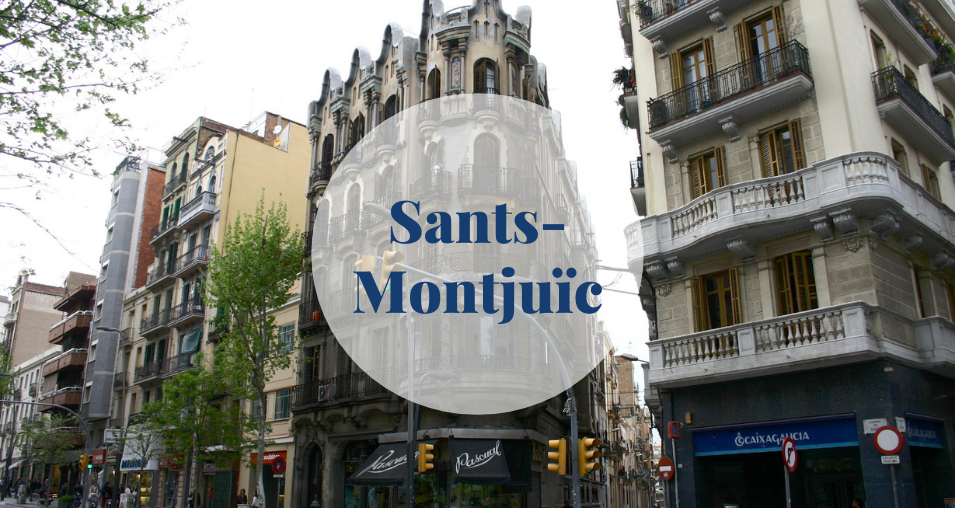 in About Barcelona, Barcelona Directory, Districts, Sightseeing, Where to Stay December 4, 2013 Comments Off on Sants-Montjuïc, Barcelona 4,942 Views

What is in Sants-Montjuïc Barcelona ?

SANTS is largely residential and mostly populated by Catalans, originally built to house the working families of the surrounding industry. It now provides APARTMENTS IN BARCELONA for middle-class families and has grown to be a desirable area for natives. The area isn’t as “pretty” as other barrios in Barcelona. But it has its charm, easy to navigate, very well connected by the metro, and filled with stores and great places to eat. Sants is home to the largest train and metro station in all of Barcelona: The Estacio de Sants; which is where the high-speed AVE train.

For people interested in the botanical field, there is the large Jardì Botànic (botanic gardens) in this area of Barcelona. It is situated way up the hill of the Laribal Gardens, and the amazing Jardins Mossèn Costa i Llobera. The Jardins Mossèn Costa i Llobera is filled with cacti of every sort, which creates an amazing mix of colors! The biggest “event” in Sants is by far the “FESTA MAJOR” festival in August. When the whole neighbourhood changes and becomes a big festival area with decorations, music venues, and a great atmosphere. Some may even claim that the Festa Major de Sants is even better than the more renowned Festa Major de Gràcia. In Sants, you will find the beautiful Parc de l’Espanya Industrial with the big artificial lake in the middle. This park is very different but still extremely compelling and beautiful, with stone structures and iron dragons. 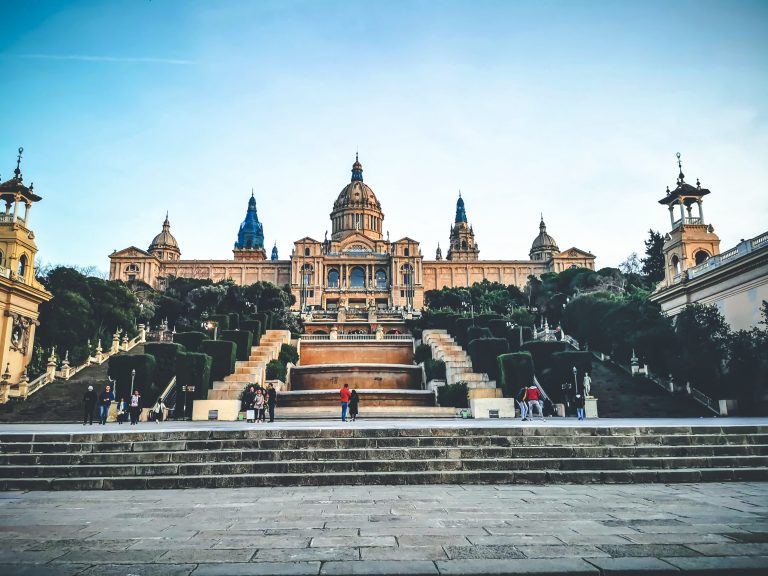 Sants-Montjuïc Barcelona have plenty of things to see, nearly no matter where your interests lie. Montjuïc is home to many of the 1992 Olympic venues and a museum about the event. Furthermore, it is home to two art museums, the MUSEU NACIONAL D’ART DE CATALUNYA (MNAC) and the Fundació JOAN MIRÓ. Montjuïc is also where you will find the Castell de Montjuïc, the old fort of Montjuïc. It is also home to the wonderful Poble Espanyol (Spanish village). It has a number of full-scale models of buildings from the different regions of Spain, including 40 different craftsmen’s workshops. POBLE ESPANYOL is home to one of Spain’s last 2 traditional glassblowing furnaces.

Eating out in Sants-Montjuïc Barcelona

Both Montjuïc and Sants offer a wide variety of great restaurants, some more expensive than others. The best of the best can be found at the restaurant of the 5 star Miramar hotel located on the eastern side of Montjuïc. Sants is also the place to look if you like Italian and Mexican cuisine.

El Xalet is a restaurant on top of a hill in the Montjuïc area; with panoramic views of all of Barcelona, with a terrace with gardens and a great variety of sophisticated Mediterranean dishes. 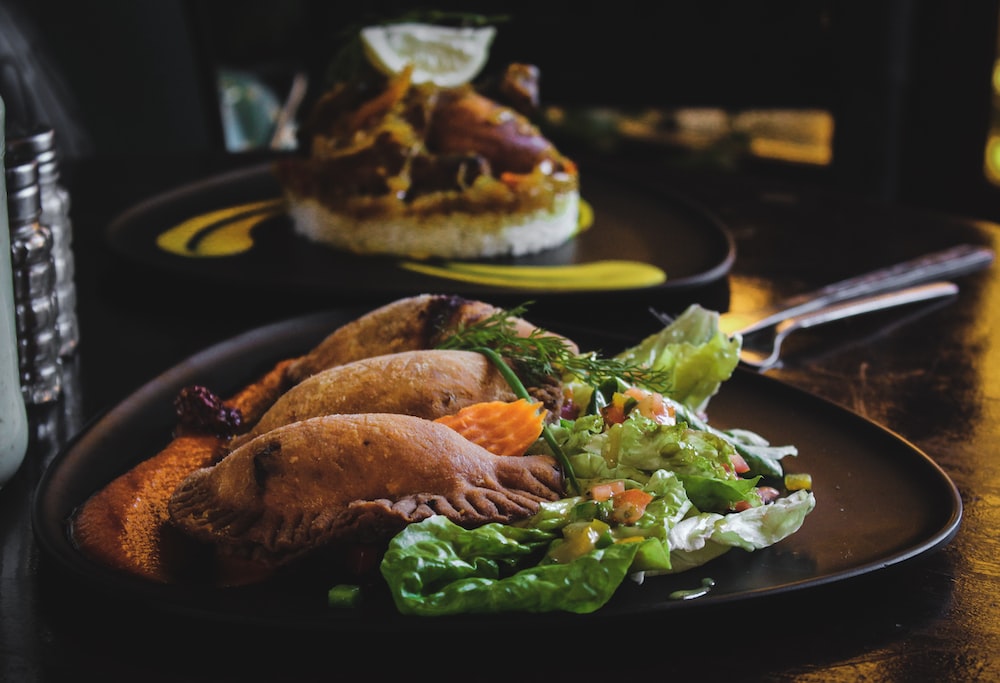 An Italian restaurant you have to visit is La Briciola; which serves great Italian food at more than reasonable prices. A small pizzeria with a cozy atmosphere, famous for its hand-kneaded pizzas and classic Italian desserts. 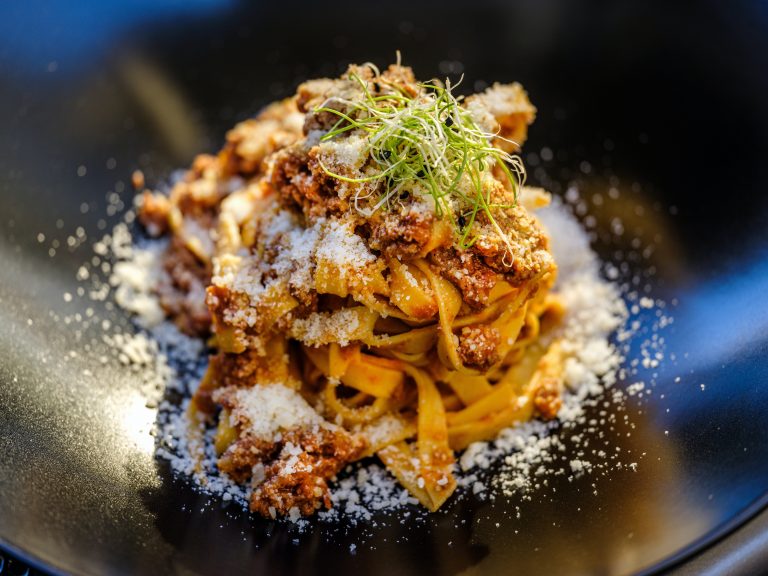 If you find yourself in Sants and fancy a drink, head over to the Plaça d’Osca. The new hotspot in Sants where you will find plenty of bars and open-air cafés. On Montjuïc, you will find the occasional bar or cerveceria as you make your way up and down the curvy roads. As you might have guessed there aren’t many clubs on Montjuïc, but Sants is home to the huge club Privilege, the Barcelona equivalent of the Ibiza mega house. Privilege is mainly a house music venue. 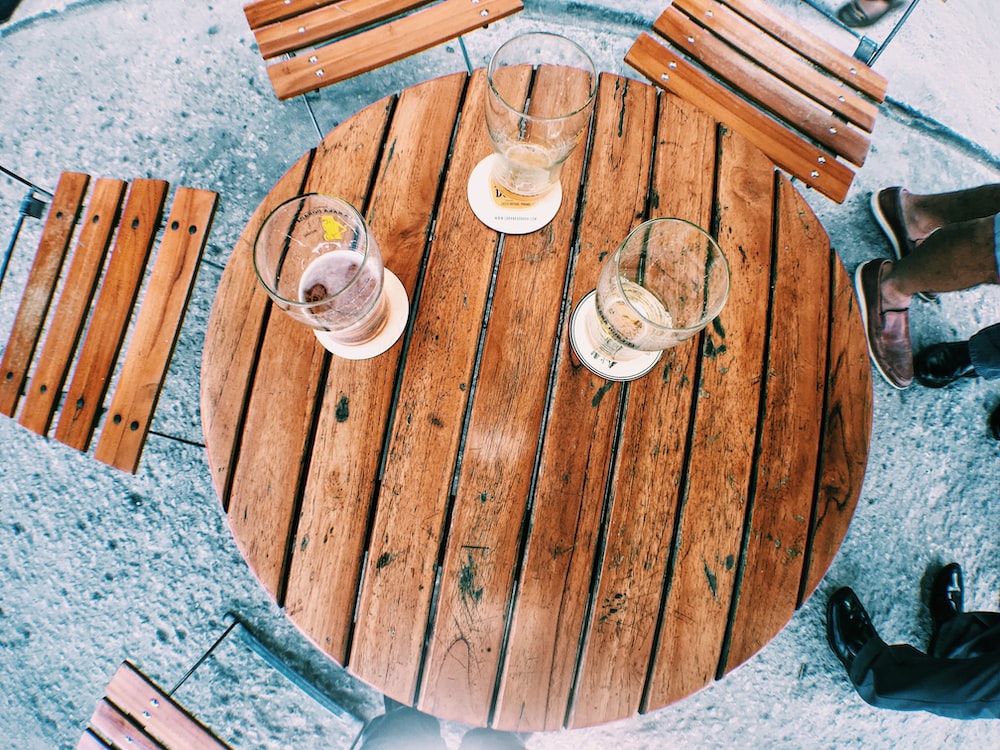 For the shopaholics amongst you, the main street Carrer de Sants is chock-a-block with every kind of store imaginable. The Sants Market is also a fantastic place to do your food shopping where you can purchase fresh fruit and vegetables in an impressive building. In August, the area has a festival similar to that of Gracià where certain streets are decorated and you can see parades, traditional Catalan human towers and the climax of a music and fireworks display to top it all off.

Further there is a fantastic shopping mall “Las Arenas” on Plaça d’Espanya. It is located in an old bullfighting stadium, hence its name Las Arenas. The stadium had been out of use for many years before it was rebuilt into a mall. As bullfighting’s popularity had been declining for many decades, in the end, bullfighting was finally outlawed in the region Catalunya in 2008. There, you will find a huge movie theatre as well as many shops, restaurants, and some café and bars. 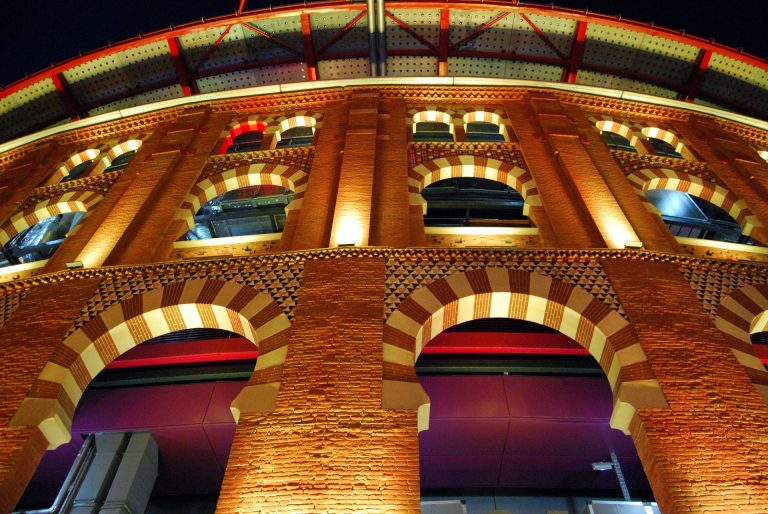 Once you’re there, there’s just something that you do not want to miss! At the top of Las Arenas, you will find 360 panoramic views of Barcelona on the roof of the shopping mall. It really takes your breath away! To get to the top, you can either take the escalators or the lifts inside of Las Arenas, or you can also opt for a completely see-through elevator that takes you to the top while allowing you to see everything as the lift is made of see-through glasses. (Just so you know, the ride on the lift costs €1 though.)

Sants is a residential area and so it is quieter than the centre but it still has plenty of bars, restaurants and activities to keep you entertained. It is a great area to be based during a holiday or long stay in Barcelona as it is within easy reach of the rest of the city due to its location and great transport links.

Of course, no mention of the area of Sants is complete without telling you about Sants station. It is one of the largest and most well-connected stations in the city. It gives you access to many cities outside of Barcelona by train, as well as to the airport. There are great transport links so can easily get around within the city and out of the city too. The area is close to many other attractions such as Montjuïc, Camp Nou and Plaza Espanya.

Are you planning a trip to Barcelona and looking for somewhere to stay? Why not take a look at the apartment rentals we have available on our website!