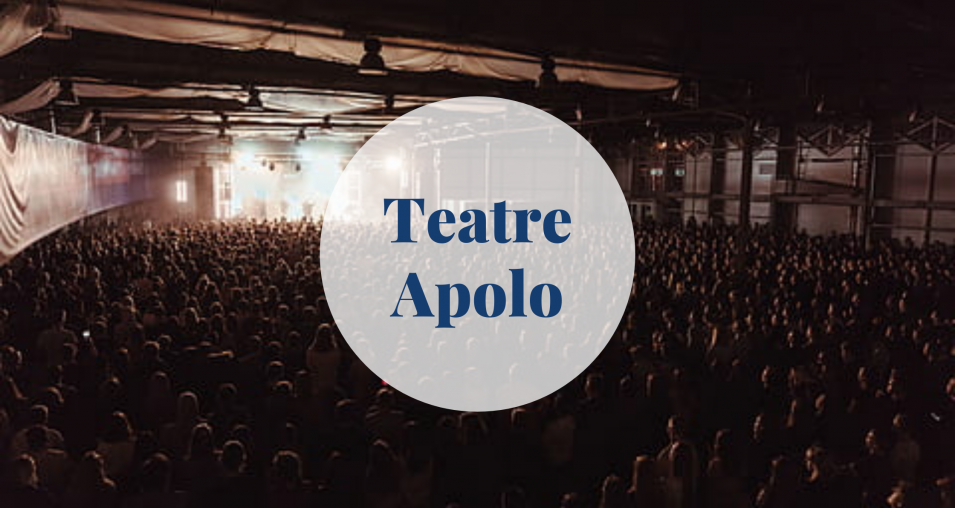 The Teatre Apolo is one of the oldest and most well-known theaters in Barcelona. It is located in the neighborhood of Sants-Montjuïc on the charming Avinguda del Parallel, which was the thriving theater district in Barcelona in the early 20th century. In the beginning of the 1990s, however, the original building was demolished and a hotel and this new theater were built, just in time for the 1992 Olympics.

The new theater has a large auditorium that seats 1014, complete with state-of-the-art technology, and schedules plays by well-known playwrights and concerts by unique and popular artists. The venue also holds a permanent cabaret performance and is considered one of the best in Barcelona. Check out our Barcelona affiliates for concert programme and ticket prices. An experience in the famous Teatre Apolo is one to remember!

About the Teatre Apolo

The Teatre Apolo in Barcelona is in the El Poble Sec neighborhood, on the historic Avenida del Paralelo number 59; the center of the artistic and theatrical life of the city during the 20th century. The Apollo Theater was completely rebuilt a few years ago and theatrical and musical shows are currently scheduled. This theater only consists of one room.

Apolo host a lot of different event all the time, from regular parties to big concerts. So, if you don’t know where to go during your stay in Barcelona, Teatre Apolo is a good option. You can have drinks at many places every day in Barcelona; but not all the places throw parties like Teatre Apolo does.

Boring Mondays are officially part of the past, thanks to the Teatre Apolo’s tradition of ‘Nasty Mondays’. The great location combined with a trendy, fun atmosphere makes this club one of the best in Barcelona. If you feel like the weekend is too short, and you still want to party a Monday – this is the place to be. Every Monday the DJ’s are bringing the most crazy party for their dancing crowd.

From midnight to 5am, you can rock out to some of the best rock&roll and electronic music in the city, and meet a very international crowd of partygoers. The current DJ’s are Soren & Mad Max these two guys bring their tattoos and a great selection of music with them every Monday to Apolo. Certainly, the music is mainly electronic and new alternative trends.

The latest edition to the Apolo club’s schedule has already proven to be a hit. Tuesday is not generally a huge party night, but Crappy Tuesdays has changed all of that. By joining the crowd you will become part of one of the hippest parties in Barcelona, and you’re sure to have a good time. From midnight until morning, dance the night away with the DJs at Teatre Apolo every Tuesday.

Moreover, Crappy Tuesday came as an outcome of Nasty Monday. People in Barcelona love to party, so Friday and Saturday is not enough for the citizens here! Crappy Tuesdays have more or less the same concept as Nasty Mondays. The difference is the music, which is on a more pop orientation on Tuesdays than on Mondays. Furthermore, there is sometimes a bigger variation of DJs on Crappy Tuesdays.

Further, please note that the Teatre Apolo has the rights to refuse access if you do not follow the dress code or any other regulations of the venue. So, what are you waiting to make your RESERVATIONS AT THE TEATRE APOLO?

Previous: What should you know about Spanish language exam DELE?
Next: Discovering the diving experiences in Costa Brava