Home / About Barcelona / 5 Best Spanish series to watch on Netflix 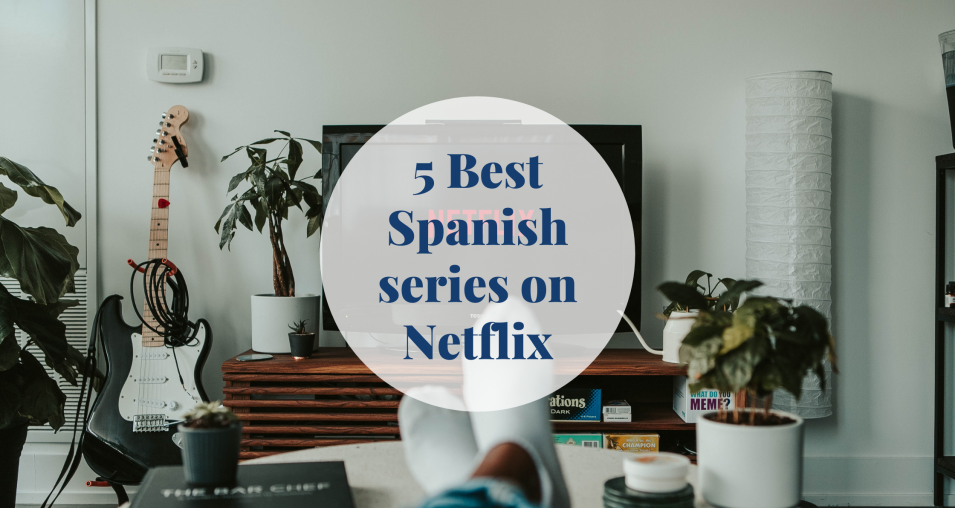 Are you looking on Netflix something to watch, but can’t find anything interesting? Don’t worry, we are here for you with the best Spanish series! These past few months have been difficult for everyone with COVID19. Therefore, Netflix has become everyones best friend. In short, popcorn, hot chocolate, and good series could make a perfect weekend, alone or with your loved ones. We have made a list of the 5 best Spanish series. We promise you won’t be able to stop watching until the end. As a bonus you will be practicing your Spanish also! Le us know in the comments below if you have any other Spanish Netflix series we should add to our list. This Spanish heist crime drama series was created by Álex Pina. It’s about eight thieves who take hostages and lock themselves in the Royal Mint of Spain. With the help of a mysterious man they call “The professor”, they attempt to pull off the largest bank heist in history. A must watch on our list! It is so much more than a heist, filled with personal drama from each thieves life. This series has now become famous worldwide, everyone we know has watched it!

Élite is a perfect glossy teen drama. Focussing on a spoiled rich girl in the middle of a love triangle at a private school. Packed with plenty of love stories, in addition to a mysterious murder. Three seasons long with 24 episodes each, it is the perfect “binge-worthy” series!

This Netflix series is about history, love, and drama. Set in 1920’s Spain, telling the story of four young women fighting for independence, working as phone operators at one of the world’s first modern telecommunications companies. Furthermore, there is a lot of mystery and murder, making the series more and more interesting.

To sum up, this series is a mix of Sex and the City and Bridget Jones in Madrid. Valeria, an aspiring novelist who finds her life in the middle of a love triangle. In addition, it tells the stories of her three best friends, who are supporting each other always.

In two words, love, and mystery. It takes place in the city of Marbella and tells the story of a male stripper who served seven years in a Málaga prison. However, when he’s released while awaiting retrial, he goes on a journey to prove that he was framed. This series is packed full of party scenes and adult content.

*All adult series, not suitable for children. We hope you will take some time to watch as least one of these great series, and don’t forget to tell us which was your favourite one!
Are you planning a trip to Barcelona and looking for somewhere to stay? Why not take a look at the apartment rentals that we have available on our website!