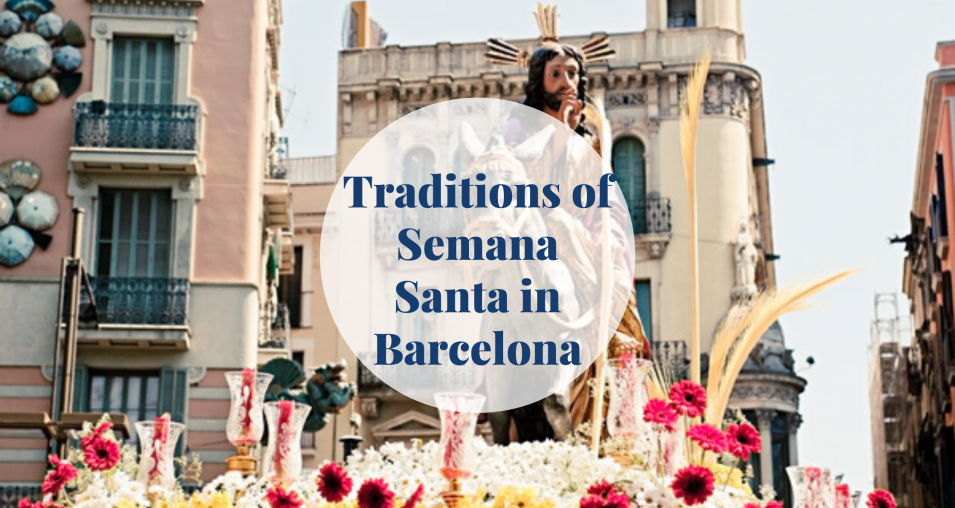 Looking for a place to spend your Easter holidays? Why not Barcelona? Between the Spring in Spain will be celebrating its “Semana Santa” (or “Holy Week” in English). However, it is considered the most religious week of the year for all Spanish people. Semana Santa in Barcelona is a fantastic time to learn about all aspects of Spanish religion and culture; including traditional cuisine, costume, and processions. 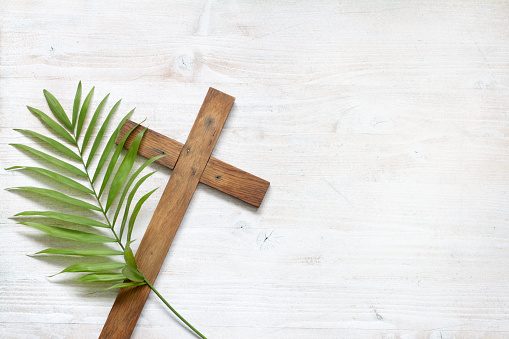 The Holy Week in Barcelona officially starts on Palm Sunday, the Sunday before Easter. The tradition requires the godmother to give a special palm leaf to her goddaughter or godson. These palms are blessed during the mass, which is followed by a procession called “La Burreta” that commemorates the entrance of Jesus to Jerusalem. Between Saint Friday and Easter Monday, Barcelona locals do not work and instead spend their time decorating their already beautiful city. It’s the perfect time to stroll throughout the city and enjoy the life as a real Barcelona local. Book with Barcelona-Home during Semana Santa Barcelona!

Here are some of our favorite Traditions of Semana Santa in Barcelona:

The traditional dish of ‘Semana Santa’

As in all important cultural celebrations throughout the world, Semana Santa in Barcelona has its own popular dishes associated with it. Similarly to Christmas tradition, meat is usually not consumed on Saint Friday. In Barcelona, cod is eaten instead; and there are several ways to prepare it. One popular recipe is “el bacalao con samfaina”, or cod with a tomato sauce and some vegetable; including eggplants, red peppers, onions, garlic and tomatoes). There is also “el bacalao esqueixat”, or cod in a green salad with tomato, red onion, good local olive oil, vinegar and green and black olives. Sound incredible right? 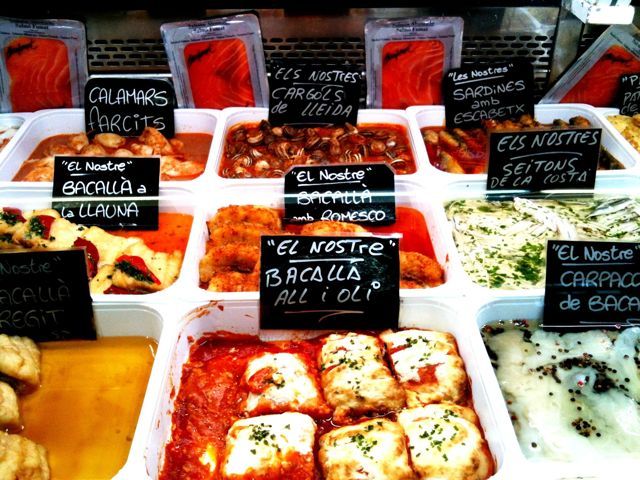 And for dessert, of course, there is always the traditional chocolate Easter egg; but in Catalonia there is also a specific dessert popular during this time. This is called “La Mona de Pascua”. It’s a cake decorated with chocolate eggs, chick, cartoon characters or famous football players. According to tradition, godfathers typically give these cakes as a gift to their godsons.

Other traditional pastries called “pestiños” are especially popular to eat during this celebration. These are round pieces of dough deep-fried in olive oil and with a glaze of honey or sugar. Some example include “Buñuelos de cuaresma” and “Bolas de masa frita con azúcar“. They are usually hollow inside but some bakeries fill them with chocolate inside.

Processions and costumes of Semana Santa in Barcelona

In Spain the Easter processions (or the “Estación de Penitencia” in Spanish) are organized by the “Hermandades y Cofradías de Penitencia”; which are religious brotherhoods of lay people, both male and female. In Barcelona there are two “Hermandades de Penitencia” organizing the processions. One is the “Nuestra Señora de las Angustias” from the church of Sant Jaume; and further the other is the “Hermandad de la Macarena y la de Jesús del Gran Poder” from the church of San Agustín. The precession starts from the parish and continues to the Cathedral of Barcelona, the “Santa Iglesia Catedral Basílica de la Santa Cruz y Santa Eulalia”, and then returns back. During the procession, people wear traditional costumes, and carry with them large wooden sculptures of saints or Biblical figures.

However, do not get the costumes mix up with those of the Ku Klux Klan… These have absolutely no sinister association! For the Spanish people this costume, particularly the cone-shaped “capirote” headdress is a way to reach toward the heaven to be closer to God. The costume represents a search for forgiveness for one’s sins. Subsequently, they hide their faces as they suffer the pain of Jesus Christ. Moreover, the people wear costumes all throughout the week; except on Easter Sunday, when everyone will take off their “capirote” to celebrate Jesus’s resurrection from the dead. In addition, typically it was mostly men who wore this traditional costume but with time more and more woman wear it as well.

During Saint Friday, Sunday and Easter Monday the shops and the museums of Barcelona will be closed. Restaurants, however, will remain open to allow families and friends to spend a nice time together.

So there are plenty of things to do in Barcelona during Semana Santa in Barcelona. However, these are only some of the things you could do during your holiday trip in Barcelona. There are many other things that you can do; but make sure that the activities mentioned above are definitely on your to do list! If you are planning a Semana Santa trip to Barcelona, let us help you with you ACCOMMODATION!