Home / Culture / Sant Jordi’s Day, tell me that you love me! 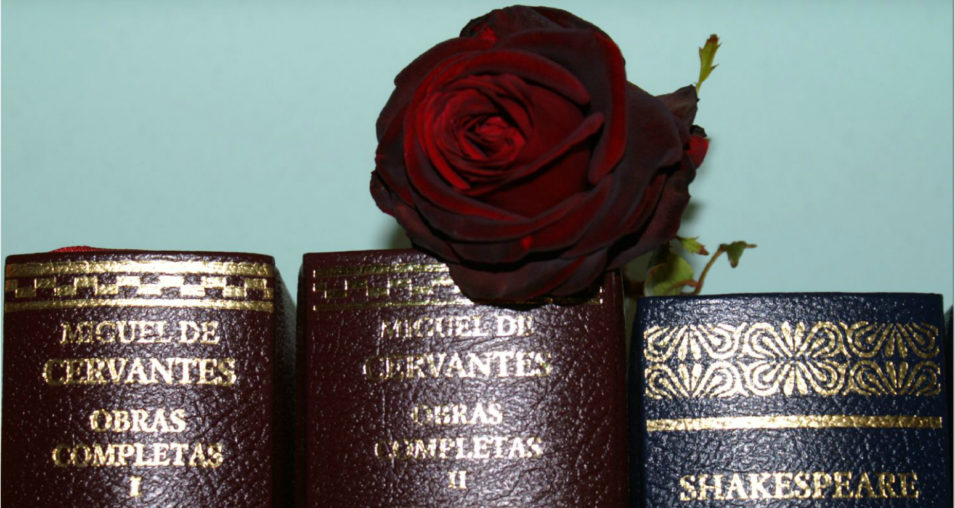 Sant Jordi’s Day, tell me that you love me!

Every year Sant Jordi’s Day, also known as Saint George, the patron saint of Catalonia and several other regions, is celebrated on the 23rd of April. However, here in Catalonia this day is not just about honouring the saint who slayed a dragon to save a princess. The day is also known as the Valentine’s Day of Barcelona. 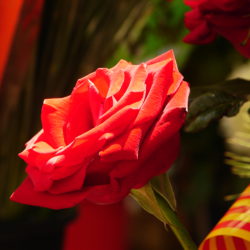 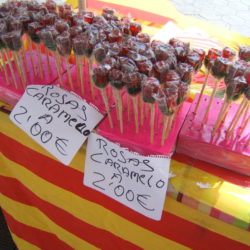 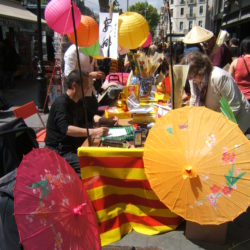 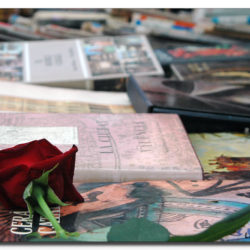 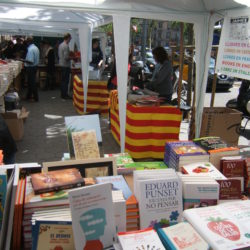 Love is in the air as couples and friends spend time together, both at home and on the streets, and exchange gifts on the day of this romantic festival. Traditionally the men will receive books and the women roses, but on this day other ways to please your loved one are usual as well. Are you looking for a romantic apartment to rent in Barcelona? Barcelona-home.com has the perfect solution that suits your romantic needs.

The tradition of roses comes from the story that Saint George gave the princess a red rose, covered in the blood of the dragon he had slayed. The tradition of giving books to men was born in 1923 to honour the works of Miguel de Cervantes, Garcilaso de la Vega and William Shakespeare, all famous authors who died on 23rd of April. Founded in 1995, UNESCO’s international World Book Day has it’s origins in this Catalan tradition!

On Sant Jordi’s day La Rambla is full of stands selling books and roses, while street musicians play romantic music around the city. You can also find famous Spanish authors in Plaza Catalunya signing and selling their books. Catalonia’s national dance, la Sardana, is performed at Plaça de Sant Jaume. Another thing you can do at Plaça de Sant Jaume on Sant Jordi’s Day is visit the beautiful ”Saló de cent” (Room of one hundred), the honour staircase, the gothic gallery, the “el Saló de la Reina Regent” and “el Saló de Cròniques”. Most of these areas are normally not open for the public, but on Sant Jordi’s Day they are making an exception. The hall is open from 10am to 8pm and you will not have to pay any admission.

By the end of the day, more than five million roses and half a million books are sold in Catalonia on the day of Sant Jordi, which means half of the yearly book sales of the autonomous community are made on the 23rd of April! The day is not a public holiday, so all the shops and other services are open as usual.