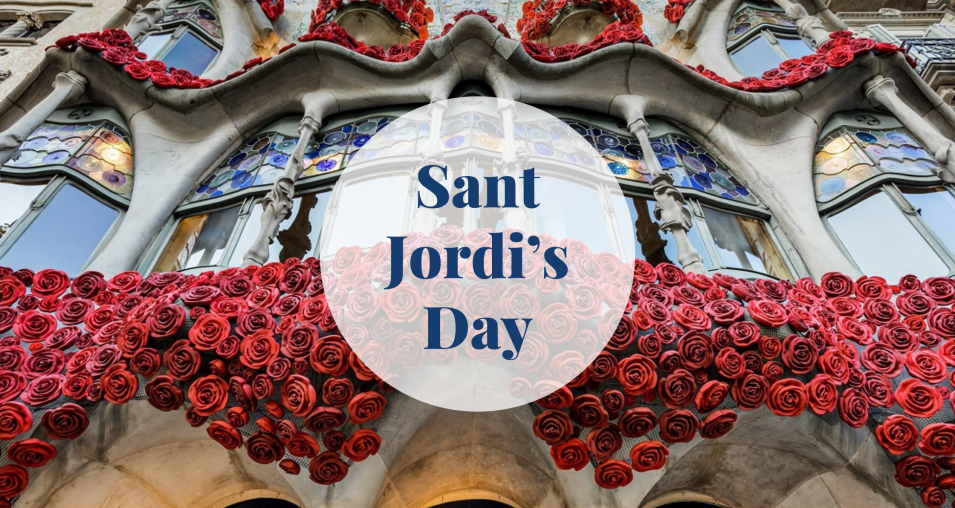 The day has almost come! The day of Sant Jordi, which we celebrate on April 23rd. This day is also known as the Feast (or festival) of Saint George. In Catalonia it is called Sant Jordi because this is the Catalan version of the name Saint George, who used to be the patron saint of Catalonia.

Dia de Sant Jordi is famous in Barcelona for being the most romantic day of the year. Even more romantic than Valentine’s Day, can you imagine? In reality, it is actually the Catalan version of Valentine’s Day. It is therefore also called ‘Dia de los Amantes’, which means ‘Day of the Lovers’. On this day, roses and books are of most importance. Of course, there is also a little romance involved. The reason why this particular date is chosen to celebrate St. Jordi; is because he died on April 23rd, in the year 303 common era.

The history of St. Jordi

The story of St. Jordi is very well known among the Catalonians, if you were to ask anybody on the streets, they would all be able to tell you all about it. It is truly a fairytale that contains a dragon, a beautiful princess and of course very brave knights on white horses! It is a fascinating legend in which you will be able to find different themes such as gallantry, honor, chivalry, swordplay, romance and love.

The story tells that a frightful dragon terrorized the inhabitants of a small city in Catalonia, called Montblanc. The dragon devoured all of the animals of the city until there were none left. In order to calm the dragon down, the inhabitants decided to sacrifice one person of the city each day. This was done through a ‘lottery system’, in which one lot was drawn and that specific person on the lot was sacrificed. One day, the name of the daughter of the king was on the lot. When the dragon had just gotten ready to gobble the poor princess, a heroic knight appeared and slaughtered the dragon. This heroic knight was Saint George. In the spot where the blood of the dragon had spilled, then flourished a rose bush. From this bush, Saint George picked a red rose and gave it to the princess. 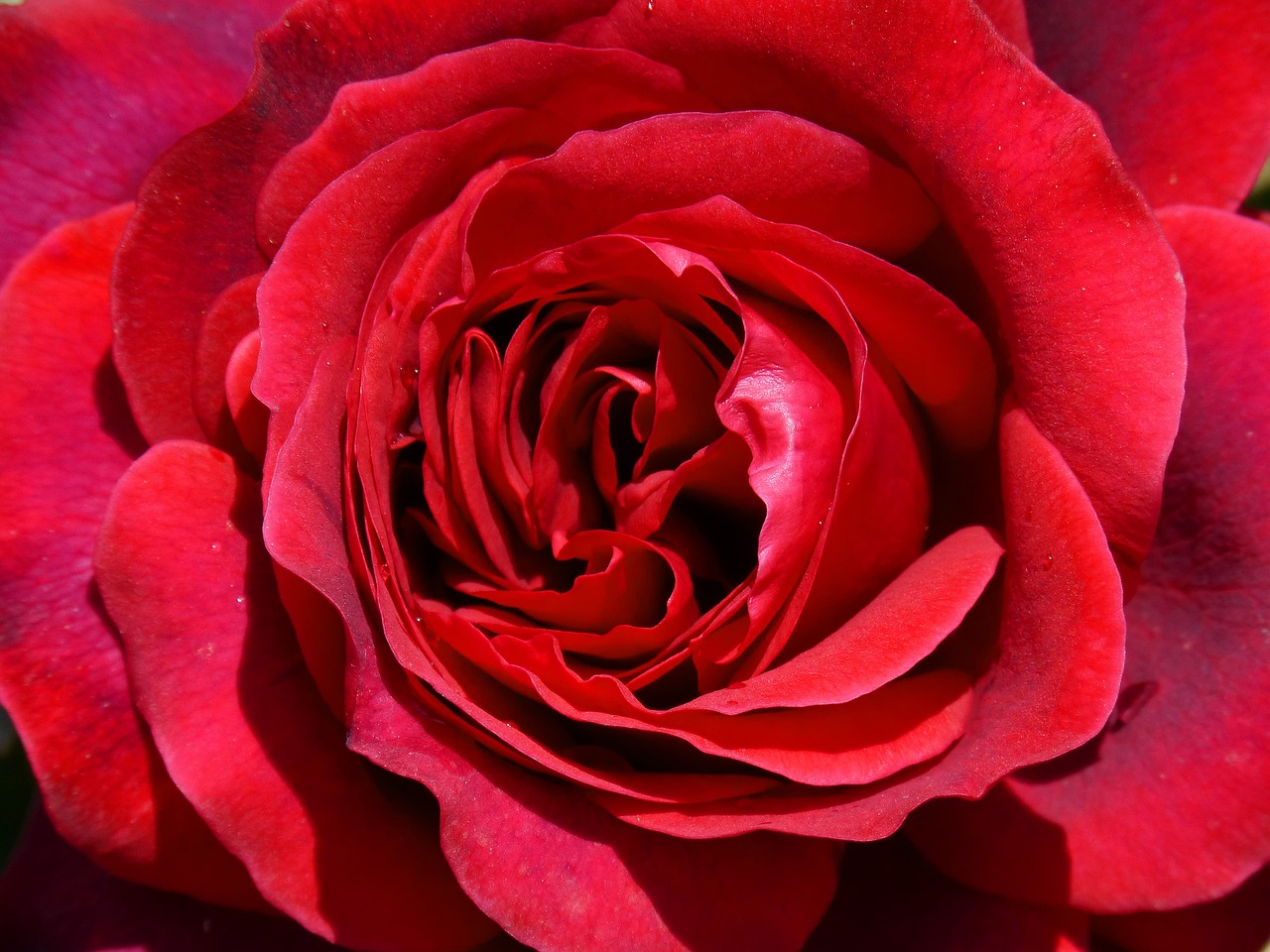 The tradition for Catalonian men is therefore to give their girlfriend a red rose. Usually the roses come with a little message that says ‘t’estimo’, which means ‘I love you’ in Catalan. Since recent years, for the Catalonian women it has become tradition to give their boyfriend a book. On St. Jordi’s day in Barcelona you will be able to find bookstalls all over the city! Especially La Rambla and Rambla de Catalunya are filled with bookstalls and book markets on this day. On St. Jordi’s day, around €20 million euros worth of books are sold every year! 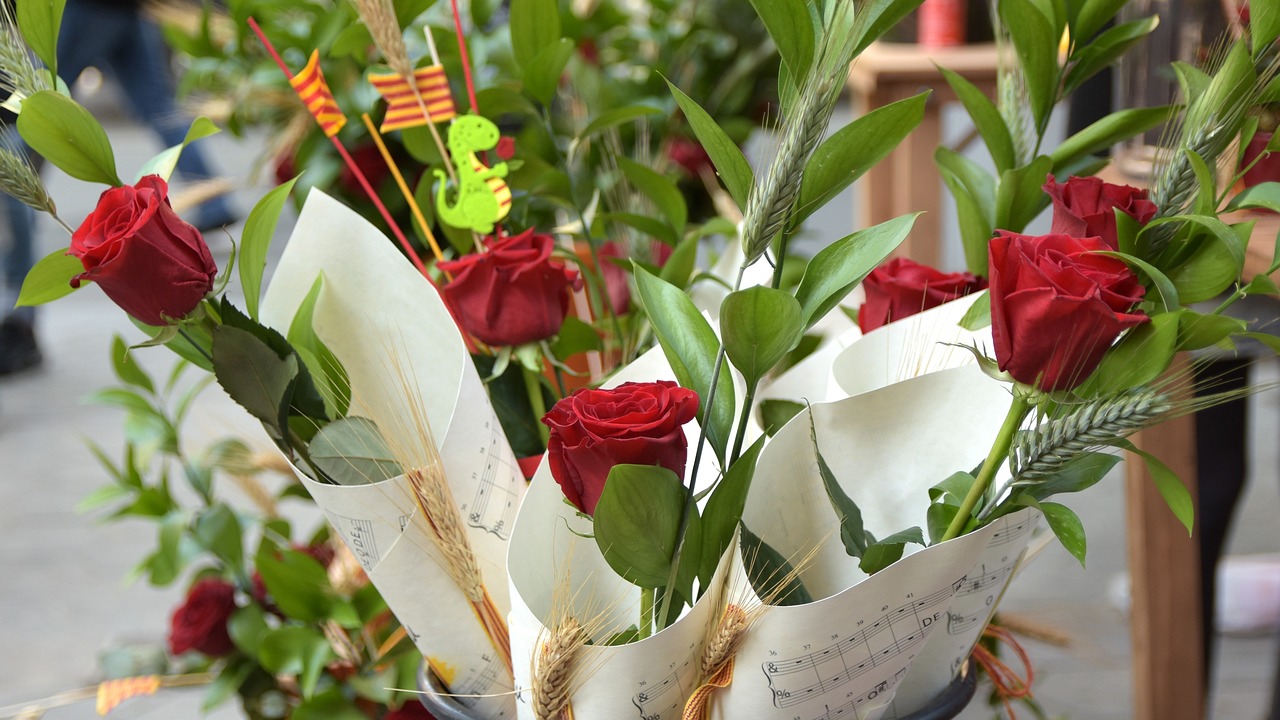 If you are in Barcelona on the 23rd of April, you should take part in the huge Catalonian tradition and make sure to buy your loved one a rose or book! Moreover, there are some places that take on the whole celebration aesthetic all-around the city:

Around the whole atmosphere of festivity, Las Ramblas become an epicenter of love and romance among the people of Barcelona. Visit the rose and book stands; and take a walk among the decorations on this special day! 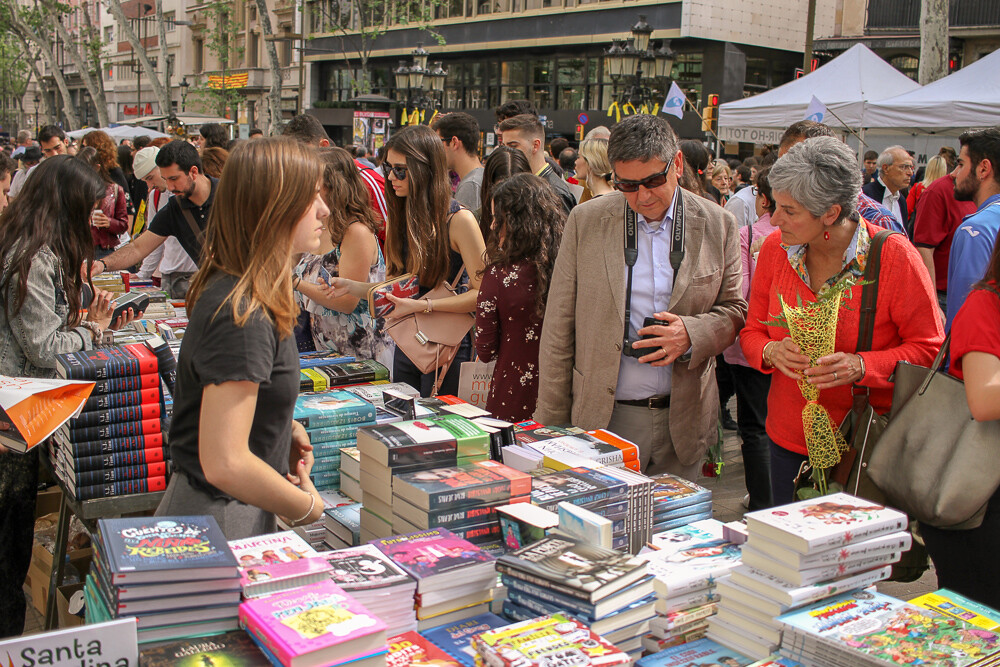 Most importantly, open your eyes to the hunt for writers; you will have the unique experience of getting your favorite writers signing autographs in the middle of the street.

A lot of public buildings with touring and visitation options open their doors to the crowds for free during the entire day; such as the Palau de la Generalitat, the city hall, the Palau Güell and the Hospital de Sant Pau. Don’t miss this opportunity to check out this amazing buildings all day! 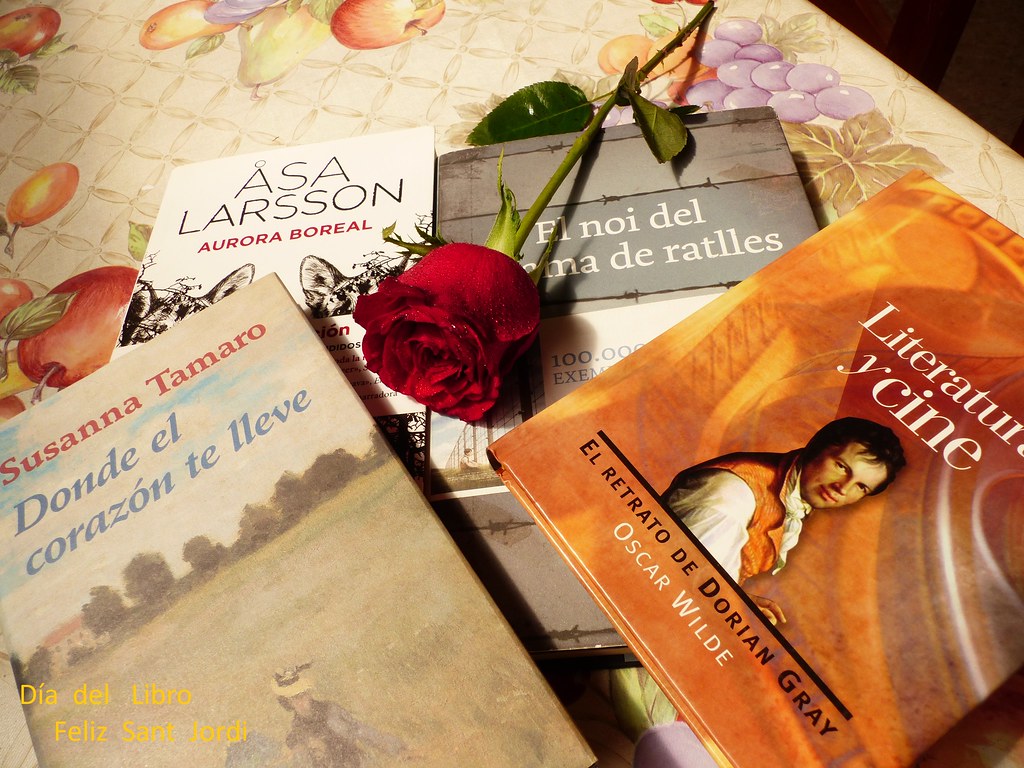 # Music at the old Damm factory

If you are a fan of local live music and you would like to enjoy a magnificent atmosphere; Head to the old Damm factory. Here a free musical day is organized that includes: concerts, record signing and a market for books, roses and vinyl. From 11:30 in the morning to 22:00 at night, don’t miss it!

La Nit del Drac is an incredible event that you cannot miss; in which it honors figures of Catalan literature whose anniversary is celebrated in the year: Joan Brossa, Manuel de Pedrolo, Montserrat Abelló, Vicent Andrés Estellés, Maria Aurèlia Capmany and Maria Mercè Marçal. The event takes place in the Plaza del Rei starting at 20:30 and will include a show of music, fire and more! 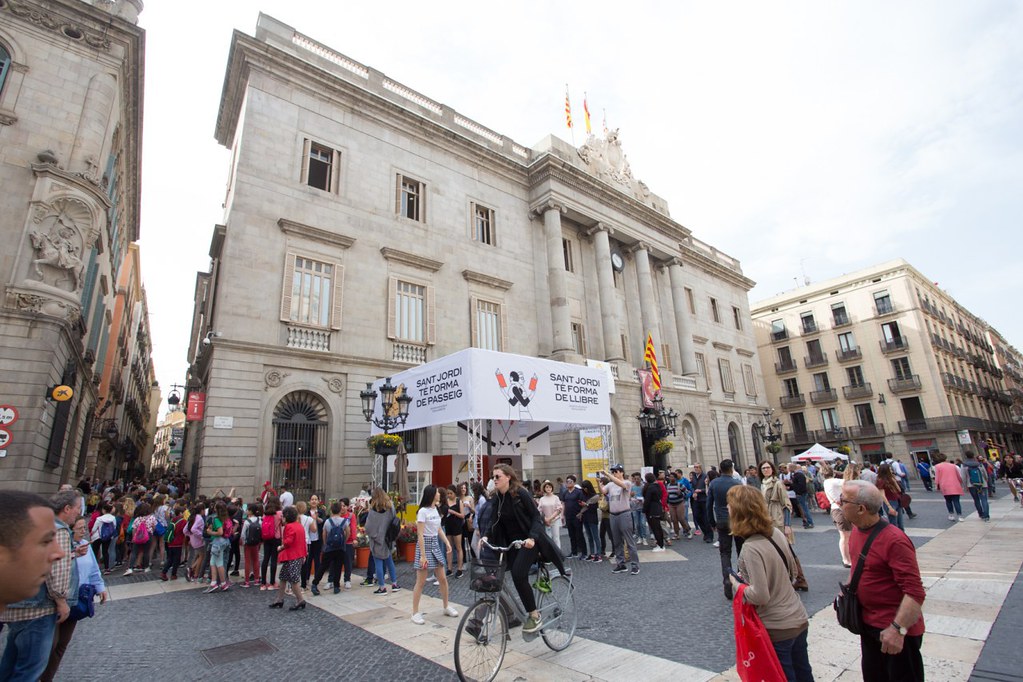 The Sant Jordi Day also has an important solidarity component. Among the various initiatives are: the roses sale in the courtyard of the Town Hall for non-profit associations; and the “Roses against oblivion” for the benefit of the elderly who are alone. Subsequently, there are books for literacy, blood donation points in libraries in exchange for a rose and a book and other ideas to raise funds for foundations and NGOs.

# The roses of Casa Batlló

In recent years, a beautiful event unfolds outside the facade of Casa Batlló from April 20 to 23: an iconic blanket of roses. 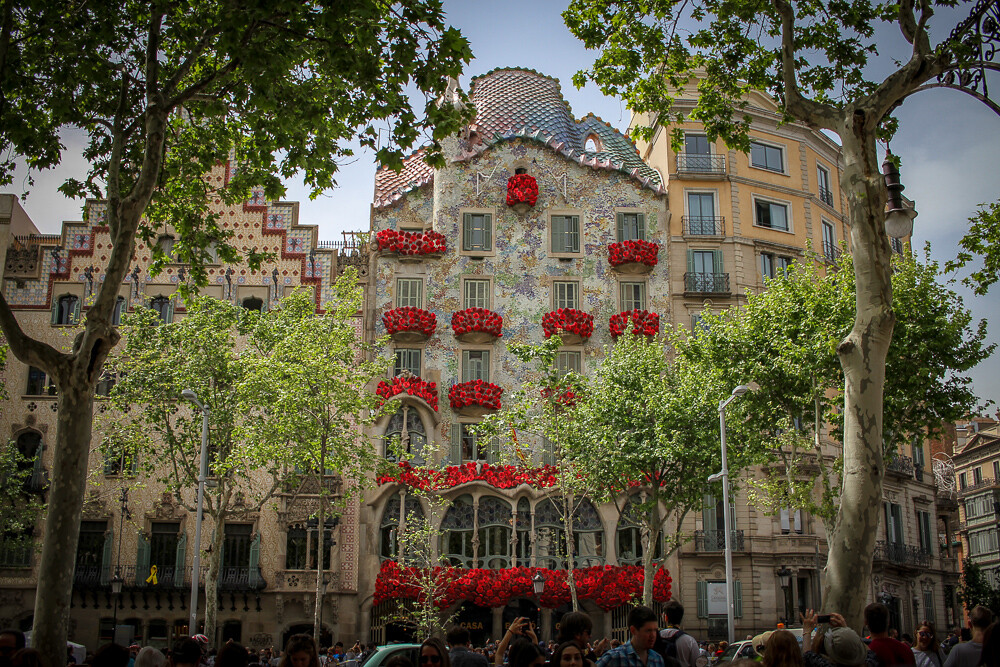 Do you not have any plans yet for the 23rd and would you really like to experience Sant Jordi’s Day in Barcelona and celebrate it like a real Catalonian? Take a look at the apartment rentals we have available on OUR WEBSITE! Feel free to contact us with any questions you might have.

2015-04-22
+xavi
Previous: Internship in Barcelona
Next: Aquatic Activities in Sitges