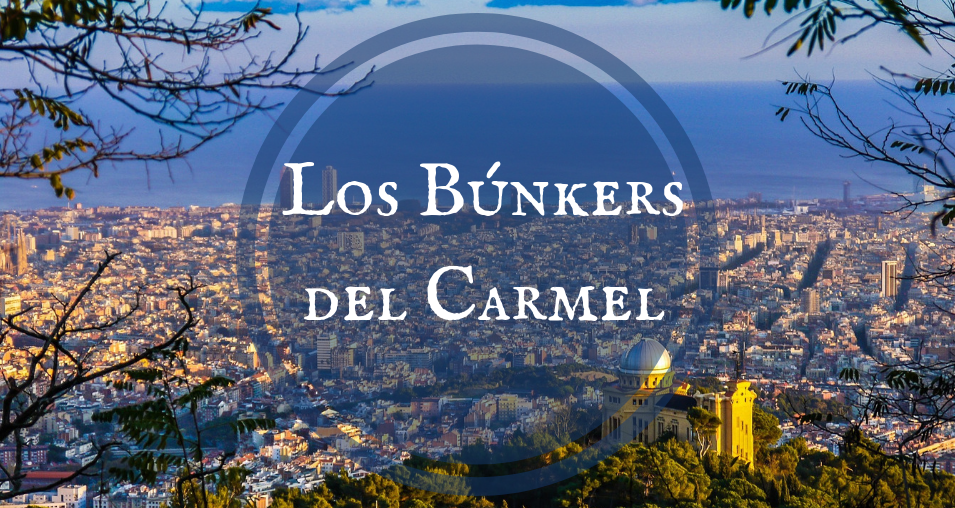 In Barcelona, there are countless places of interest, historic monuments or buildings known all over the world. These places are a must for those who decide to visit Barcelona. In addition to these popular sites, there are some amazing places in cities less known by tourists but that your visit is really recommended. In particular, we at Barcelona-Home recommend Los Búnkers del Carmel, a place where you can enjoy the best views of the whole of Barcelona.
So… If you want to see Barcelona and do not get lost with all the filled tourist spots, Los Búnkers Del Carmel is your perfect destination!

Carmelo’s anti-aircraft guns were built in May 1937, during the Spanish Civil War. They were, together with the anti-aircraft of San Pedro Mártir, the axes of the antiaircraft defense of Barcelona of which they are still today. The Turó de la Rovira has been inhabited over the centuries by men who have tried to adapt to the environment to survive from this mountain.

During the civil war, Barcelona was bombed, four batteries of 105 were set on the top of the Turó de la Rovira, modifying the initial project consisting only of two cannons. For the first time in history, and in a systematic way, a city is bombed not only with military targets but also to scare the population. Over a period of almost two years, the city of Barcelona will suffer almost 200 attacks. Carmelo’s cannons were in Spain until the 1950s, when they retired to be exhibited.

From the period between 1940 and 1950, under the Franco regime in the world, driven by the changing situation of social classes with low purchasing power from the rest of Spain, there is the precarious urbanization of this area, the eminent predecessor of the municipality that today occupies it. The people who lived in the barracks, managing to make war, after several years of struggle. At the top of the Turó de la Rovira is 480 barracks.

Photocredit: Where Is My Kiwi (Wimk)

Nowadays, with the massive arrival of tourists in Barcelona, this area has been revitalized, as it has become a point of view that offers one of the panoramic views of the city.

Los Búnkers is open all day, 365 days a year. The Mirador of the Turò de la Rovira is part of the heritage of the city of Barcelona and is one of the headquarters of MUHBA, the Museum of History of Barcelona. Despite this, the place is totally free!!

There is no better place for a picnic with friends, for a romantic experience with your soul mate or to experience a true inhabitant of Barcelona, away from tourists.
To enjoy the breathtaking panorama at its best, it is recommended to visit during the sunset, to admire the view of the houses and the emblematic places of the city painted in red. Otherwise even the sunrise on Los Bunkers gives strong emotions and allows you to see the dawn on the Barcelona skyline.

Where to eat close to Los Búnkers

Delights like the Andalusian squid are an example of what awaits you in this restaurant. Not to mention the wonderful panorama!
Telephone: +34 933 58 05 50
Address: Calle Pasteur 1, 08024 Barcelona 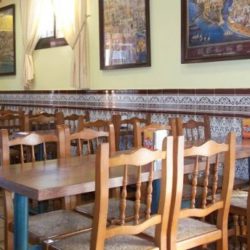 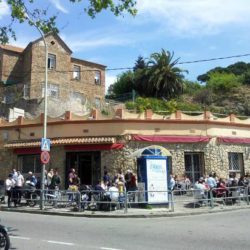 How to reach it

The metro stops about one kilometer from the Guinardó Park, the nearest stops are Alfons X and Guinardó – Hospital de Sant Pau both on the L4 yellow line. From here you can reach the Bunkers on foot in about twenty minutes through the Park. Comfortable shoes are recommended!

It is advisable to wear warm clothes during the winter months because the temperature in Los Búnkers del Carmel is usually more extreme than in the center of the city, where the air also blows strongly on many occasions. It is also advisable to use appropriate footwear to move around the area, as it is quite rocky.

2018-10-22
Barcelona-home
Previous: Apartments in Barcelona
Next: Visit to the Delta de l’Ebre