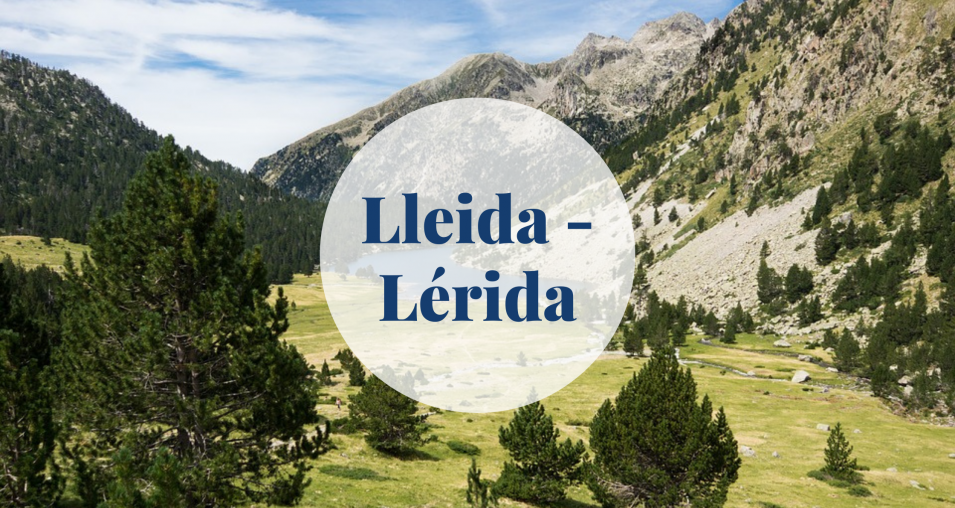 Lleida is one of the most beautiful provinces of the autonomous state of Catalonia; and it borders other Spanish provinces. These include Gerona, Barcelona, Tarragona, Zaragoza and Huesca, as well as France and Andorra. The capital city in Segrià also takes the name of Lleida; and is the demographic, economic, and cultural nucleus of the interior of Catalonia, which extends from the Pyrenees mountains, to the Ebro river, with strong historical and linguistic links to the neighboring autonomous state of Aragón. 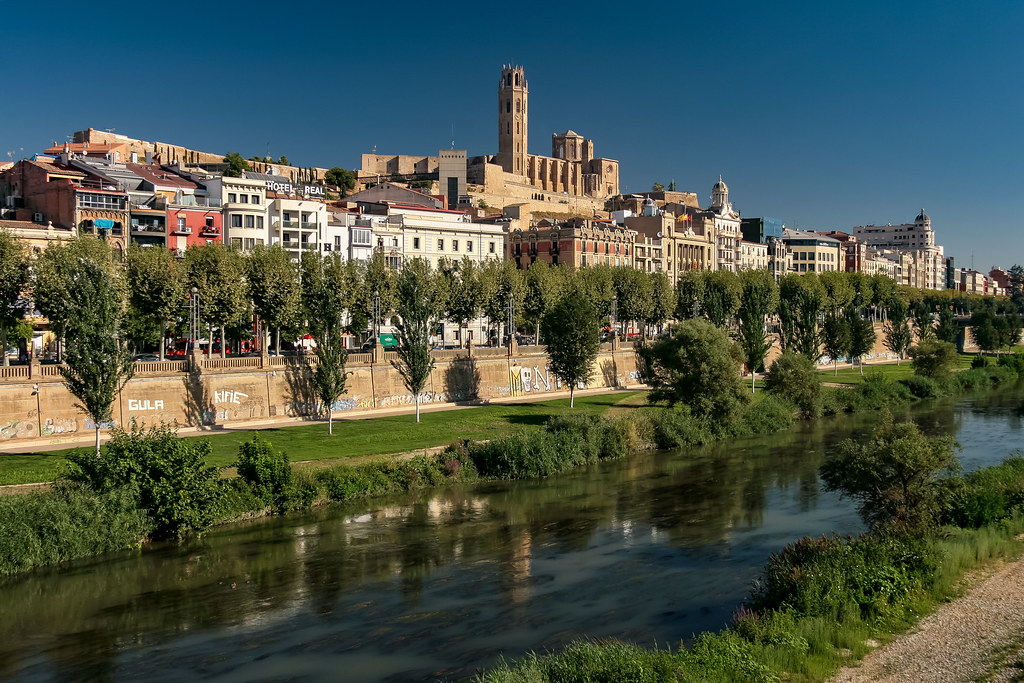 Lleida is a dynamic and modern city, with high level services that extend their scope of influence toward the neighboring region of Aragón; as well as to the provinces of Barcelona, making it the capital of West Catalonia. With the passing of time, Lleida projects a stronger and stronger image of itself as a city destined for wealth in tourism and commerce.

At the moment, the city has adapted an infrastructure that makes it easier to welcome the various outer districts that are being linked to the center of Lleida. These include a series of bridges: Pont Nou bridge (1973); Pont Universitat (1993); Pont de Pardinyes (1995); the Footbridge of Blondel (1997); and the Footbridge of the Avenue of the Segre (2003).

The city’s vision of the future can be seen by recent urban projects; such as the bridges over the system of canalization of the Segre river. Likewise, the construction of public facilities, the ever-growing environmental concern and the recovery of the traditional festival. Such movement and growth has influenced neighboring counties to follow suit. In the same vein, Lleida place itself as the pioneer of western Catalonia.

Moreover, one hour away by car, there’s the great Natural Science museum specializing in geology and paleontology; and moreover you can visit the Mesozoic formations of Montsec. In the same vein, passing close is the BOÍ VALLEY, an UNESCO world heritage site; where you can discover many important monuments of Roman times in Catalonia, or the mountainous Aran valley with its own regional language Aranés.

Upon returning to the city of Lleida, you will see great examples of Gothic architecture; including the monasteries Vallbona de les Monges, Santes Creus i Poblet and La Seu Vella. As this city is an amalgamation of the cultures that have inhabited it over the ages, it boasts an abundant heritage and offers many clues to the evolution and coexistence of its original settlers. 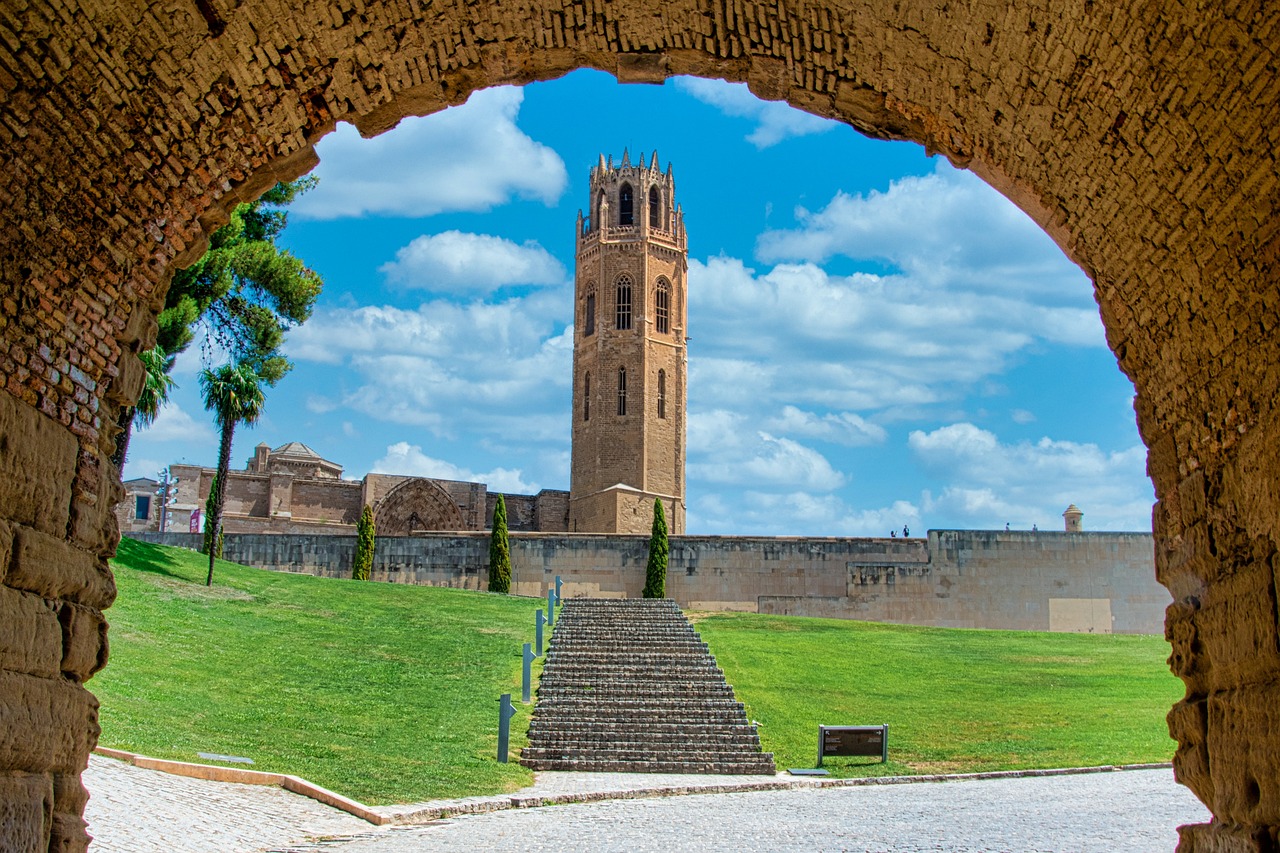 The diverse landscapes of this region make up a vast natural playground for many activities; like going to ski or adventurous OUTDOOR SPORTS. Recommended excursions include hiking along the Segre river, admiring the landscapes of “regiones secas”; or in the other hand visiting the unique humid regions of la Mitjana, Utxesa, Bajo Cinca, or the extensive plains formed in Oligoscenic and Miocenic epoch over 20-40 million years ago! These plains cover the majority of southern Lleida and consist of alluvial materials deposited primarily from the Segre and Ebro rivers. In the same vein, if you are looking for a great fishing spot you can pay a visit to the Mequinenza dam, on the Segre river. 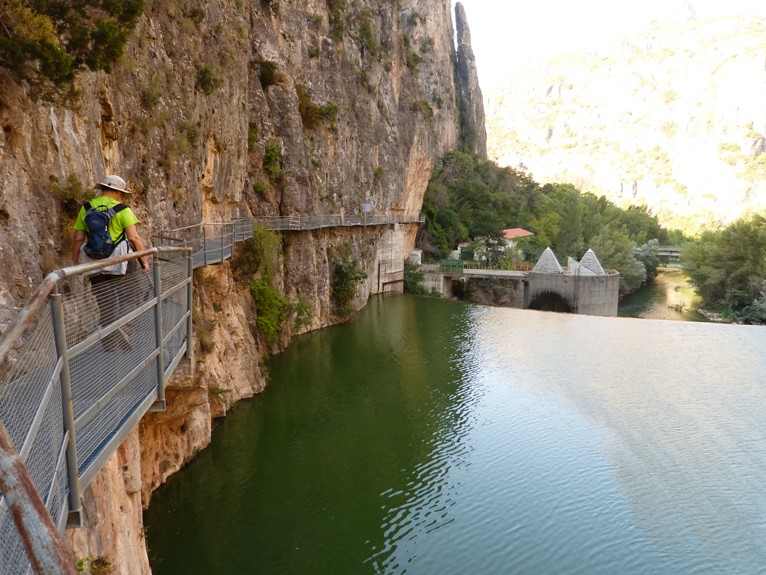 How to get there from Barcelona

Certainly, Lleida is other perfect destination for a one-day trip from Barcelona. You can further easily reach it by bus or train from Barcelona’s city center stations.

Are you planning a trip to Barcelona and looking for somewhere to stay? Why not take a look at the AVAILABLE APARTMENT RENTALS ON OUR WEBSITE! Please feel further free to contact us with any questions you may have.