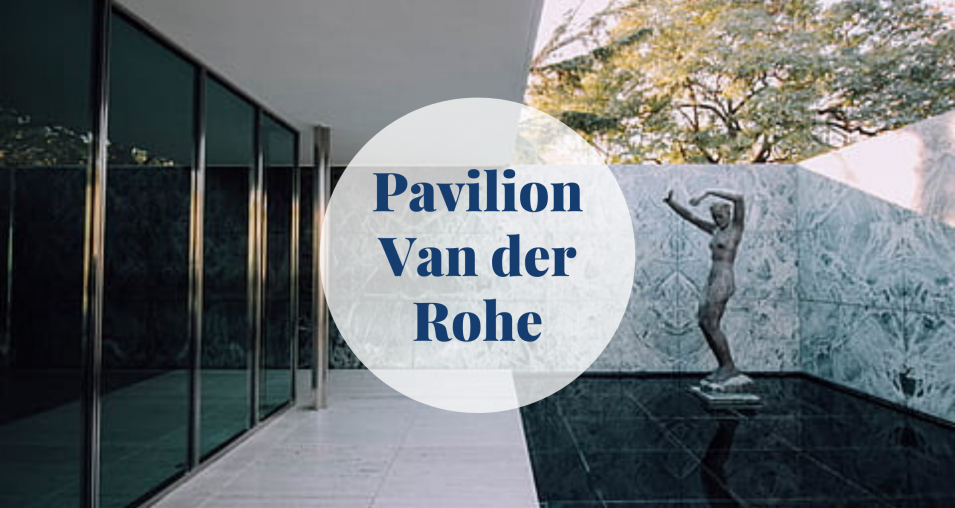 The Barcelona Pavilion Van der Rohe, designed by Ludwig Mies Van Der Rohe, was constructued in consideration of the German national pavilion for the International Exhibition of 1929, held on Montjuïc. As an symbolic work of the Modern Movement, the Pavilion is the subject of inspiration for many future architects. It also represents an important building in modern architectural history, famous for its simple form and extravagant materials, such as marble and limestone.

About the Pavilion Van der Rohe

The building originally stood on a large podium alongside a pool, and was disassembled at the end of the World Expo in 1930 Barcelona before being rebuilt in 1983. The actual structure consists of eight pillars, which support a flat roof.

Go to Montjuïc to visit the pavilion, a typical work of  the Modernism Movement. Mies Van Der Rohe Foundation was established in 1983 by the  city of Barcelona with the aim of restoring the German pavilion. In addition to preserving and disseminating knowledge about the Mies Van Der Rohe Pavilion, the foundation holds debates on contemporary architecture and urban planning.

Mies and Reich were given the commission of this building in 1928, after his successful administration of the 1927 Werkbund exhibition in Stuttgart. The German Republic entrusted Mies with the artistic management and construction of the Barcelona Pavilion, and the buildings for all the German sections at the 1929 International Exhibition. However, Mies had severe time constraints—he had to design the Barcelona Pavilion in less than a year—and was also dealing with uncertain economic conditions. But in the years following World War I, Germany started to turn around. The economy started to recover. Subsequently, the pavilion for the International Exhibition was supposed to represent the new Weimar Germany: democratic, culturally progressive, prospering, and thoroughly pacifist; a self-portrait through architecture. 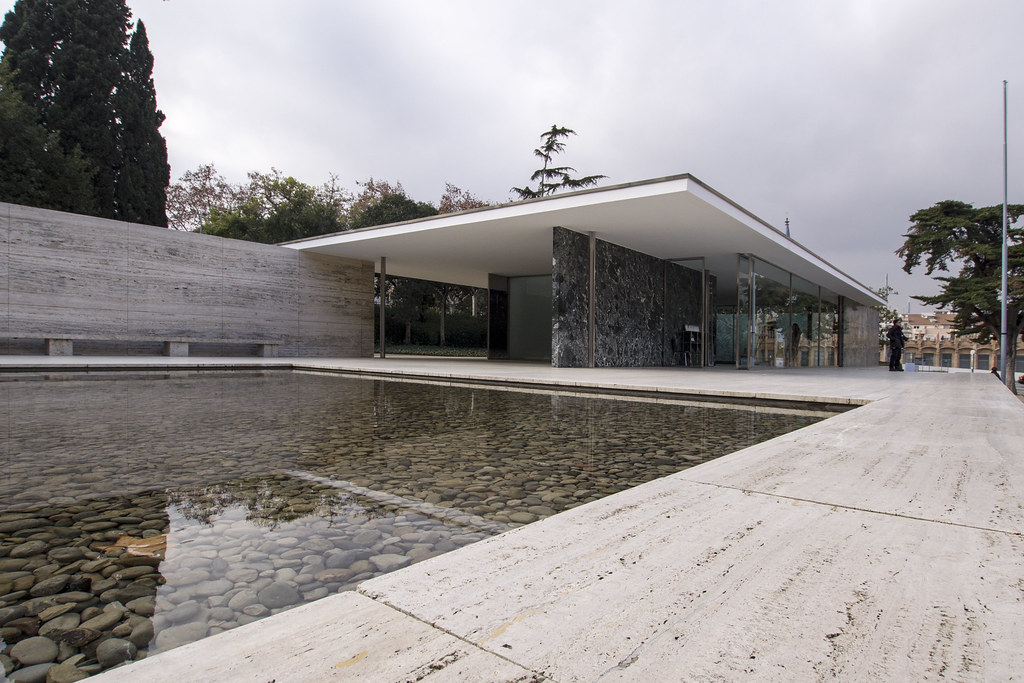 Moreover, you can see a combination of glass, steel and four different kinds of stone (Roman travertine, green Alpine marble, ancient green marble from Greece and golden onyx from the Atlas Mountains) that were for the reconstruction; all of the same characteristics and provenance as the ones originally employed by Mies in 1929. Mies van der Rohe’s originality in the use of materials lay not so much in novelty as in the ideal of modernity they expressed through the rigour of their geometry, the precision of the pieces and the clarity of their assembly.

However, Mies wanted this building to become “an ideal zone of tranquillity” for the weary visitor; who should count with an invitation into the pavilion on the way to the next attraction. Since the pavilion didn’t have a real exhibition space, the building itself become the exhibit. Most importantly, the pavilion was think to further “block” any passage through the site, rather, one would have to obligatory go through the building.

Visitors would enter by going up a few stairs, and due to the slightly sloped site; would leave at ground level in the direction of the Poble Espanyol. Moreover, the visitors were in no need to be led in a straight line through the building; but to take continuous turnabouts. The walls not only created space, but also directed visitor’s movements. This was achieve by wall surfaces being in displacement against each other; running past each other, and creating a space that became narrower or wider.

How to get to the Pavilion Van der Rohe

In the same vein, are you planning a trip to Barcelona; and looking for somewhere to stay near the Pavilion Van der Rohe? Why not take a look at the AVAILABLE APARTMENT RENTALS ON OUR WEBSITE! Please feel further free to contact us with any questions you may have.

Previous: Top 11 Museums to visit in Barcelona
Next: Lleida – Lérida