Home / About Barcelona / Excursion in the inland of the Costa Dorada 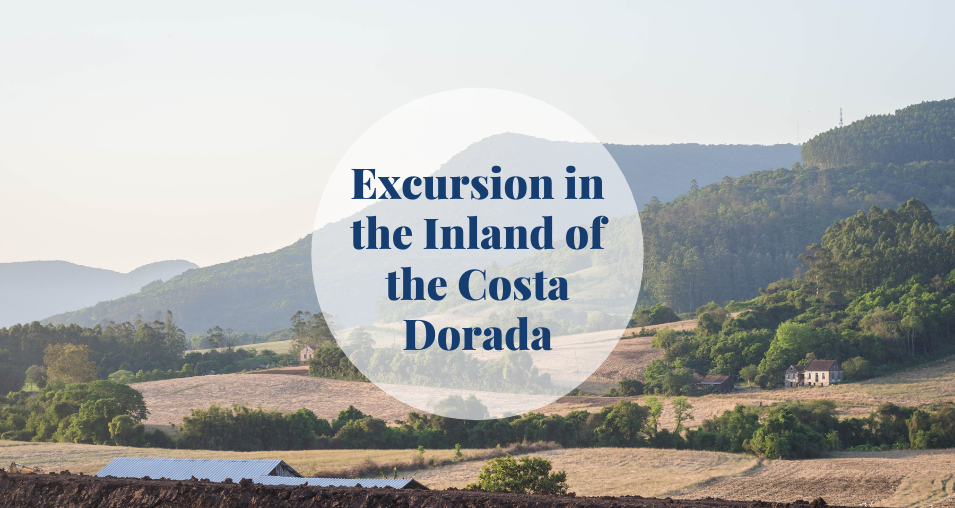 The Costa Dorada is located between the towns of Cunit and Alcanar, whose main center is the city of Tarragona. It is an ancient urban settlement with Roman origins that still preserves many archaeological sites dating back to this distant era. The small villages inland appear unchanged with the passage of time. The town of Montblanc has a fine Gothic church and also of interest are the ruins of the 12th century Cistercian monastery at Poblet. The inland areas of the Costa Dorada are also a real paradise for lovers of adventure sports. The interior is both fertile and dramatic, with many places of great historical and natural interest. All of these make up some of the exciting outings that can be enjoyed away from the beautiful beaches and coastal resorts. Why not rent a car and leave to explore the Costa Dorada? Here some of the many wonderful places to visit inland of this wonderful area! Must to see: Cities

The cities of Reus, Valls, Montblanc, Tortosa and the beautiful medieval monasteries of Poble and Santes Creus are all worth visiting.

Tortosa is close to Tarragona, set along a valley that winds alongside the river Ebro (or Ebre), is a thriving city full of monumental vestiges including a castle perched on the heights and a cathedral built between the fourteenth and sixteenth centuries. The Tortosa’s castle was restored in the modern era and transformed into the Parador Nacional de Turismo but it was an important fortress in the Muslim and later Christian era. It is the second city in terms of the population of the province of Tarragona. Located on the Costa Dorada on the shores of the Mediterranean Sea, 10 km from Tarragona and 8 km from Salou. The city of Reus was the birthplace of the famous Catalan artist Antoni Gaudí. Here you can see his birth house and the street named after him, Calle Gaudi. It isvv embellished with some modernist sculptures.

Must to see: monasteries

Escornalbou allows you to enter an era in which the rich bourgeoisie has allowed the old historical buildings to transform them into their homes. Thus, in 1911, Eduard Toda bought the old monastery of Sant Miquel d’Escornalbou and restored it in total freedom. The visit to this monastery allows you to get to know the atmosphere of a well-to-do villa at the beginning of the 20th century, where the main figures of Renaixença were invited by Toda. In the different rooms, there are examples of the collections that Toda had collected during his travels.

Built in 1153, the monastery of Sant Miquel d’Escornalbou was the center of the barony gathering the peoples Duesaigües, Riudecanyes Vilanova d’Escornalbou Argentera, Colldejou Pradell Teixeta and Torre Fontaubella.

Toda retains some elements, such as the church and the cloister, although reformed to turn it into a garden from which to enjoy one of the best views in the Tarragona region.

The monastery’s origins date to 1158, when the Lords of Montagut y de Albá donated the village of Santes Creus to the monks of Valdaura. The papal decree that was required to establish a monastery was made by Pope Alexander II, and construction of the monastery began in 1174. The complex was completed in 1225. The complex, built in accordance with Cistercian principles, included a church, a cloister, a chapter house, and a dormitory. There were also a refectory, parlour, and scriptorium (writing hall). The complex is built in honey-coloured stone, and the main buildings, including the church, have rooflines finished with crenellations. Must to see: landscapes and nature

The picturesque landscapes of Prades and Siurana, the rugged mountains of Tivissa, Cardo and Ports de Tortosa and the delta of the river Ebro with its labyrinth of lakes offer strong emotions. In particular:

There is a place in the world where silence and adventure are curiously rhymed, where a romantic village is flanked by a perfect territory for climbs and sports routes. That pearl with medieval architecture is Siurana.  This village is a treasure protected by invading mass tourism in that of Tarragona, one of the most beautiful places in Catalonia. A corner of Spain where you can unplug and discover a timeless microcosm, where everything seems to stand still for centuries, almost as if the clock here had set off with its inexorable ticking. Prades is a small town with a long history behind it. There are remains of the Neolithic era and Iberian ruins, although the origin of this city is Arabic. The town hides numerous interesting monuments, such as the Gothic church of Santa María la Major, with its Renaissance façade; the castle and the medieval walls that could date back to the Islamic era; a spherical Renaissance fountain; the Major square; the hermitage of Mare de Déu de la Abellera; natural sources; caves and lookouts like that of Baltasana, 1000 meters above sea level. In Prades, you can also practice activities such as hiking, mountain biking or climbing.

The Ebro River covers an area of 320 square kilometers. This is the second-largest swamp in Western Europe after the French Camargue. Many different species of animals live there. Thanks to the fact that there are many ecosystems that are not found anywhere else in Catalonia. There are large salt-water lakes (like La Tancada) or unsalted water (such as L’Encanyissada). There are also long beaches of several kilometers (El Ullals), and saltwater marshes (Erms la Tancada, Punta de la Banya) and freshwater which manages to reach the top of the low bays (El Fangar). In addition to the ecosystems created by humanity – the rice fields and the marshes to make salt. All this makes this part of Catalonia an area rich in natural resources. Deltebre is the capital of the Delta del Ebro. It is located in the autonomous community of Catalonia. Its name derives from the fact that the municipality is located within the delta of the river Ebro (in Catalan Ebre). In the beginning, there were two cities: Jesus & Maria and La Cava, which came together to form a single city: Deltebre.

Throughout the year you will be able to enjoy activities such as HORSE RIDING, cycling, canoeing, boating, etc.

Are you still wondering where to stay and what to visit while on the Costa Dorada?

2021-05-18
Barcelona-Home
Previous: How to Budget For Your Trip to Barcelona
Next: Top 5 Cheap Places for Desserts in Barcelona