Home / About Barcelona / The Top 5 Attractions in the Gothic Quarter 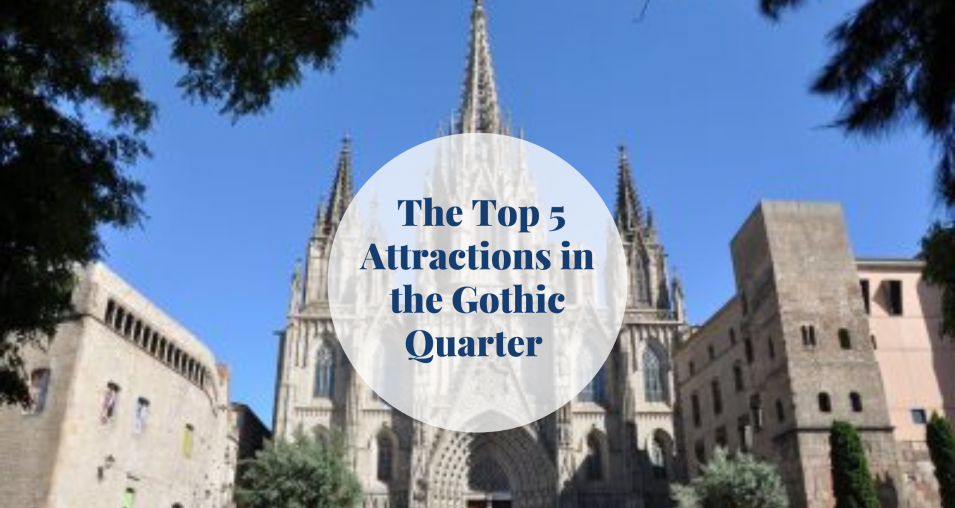 The Top 5 Attractions in the Gothic Quarter

The Gothic Quarter is the historic centre of Barcelona. It is steeped in history from both Roman and Medieval times; the remains of which can still be seen today. The whole area was at one time surrounded by a wall, and within its boundaries, many majestic buildings were erected. The area of Sant Jaume Square is the political centre of the city. It has been so for more than 2000 years, as the Romans chose the site as one of their main settlements in the province. Nowadays, the plaza is dominated by both the Town Hall and the Palace of the Generalitat buildings. Close, by there are many points of interest, such as Plaça del Rei, the Episcopal Palace, the Cathedral, and Plaça de Sant Felip Neri. Here are some interesting facts about the Gothic Quarter.

The main feature of the Gothic Quarter is the magnificent Cathedral La Seu, a 14th century Catalan Gothic structure built on Mont Tabor, the highest point of the old Roman city. The Cathedral features a blending of old Gothic and Renaissance design with splendid arches, bell towers, and towering spires. A functioning Roman Catholic cathedral that still acts as a place of worship and celebration. The cathedral is also a major attraction and a symbol of Barcelona’s status as an important Spanish city. Located in the center of the historic Gothic Quarter of Barcelona, the cathedral is particularly appreciated by visitors for its Gothic design. The most notable features include pointed archways, ribbed vaults which are visible from inside the Cathedral, and the many gargoyles which can be seen on the roof. A tour of this spectacular Cathedral is a must-see for any visitor to Barcelona. 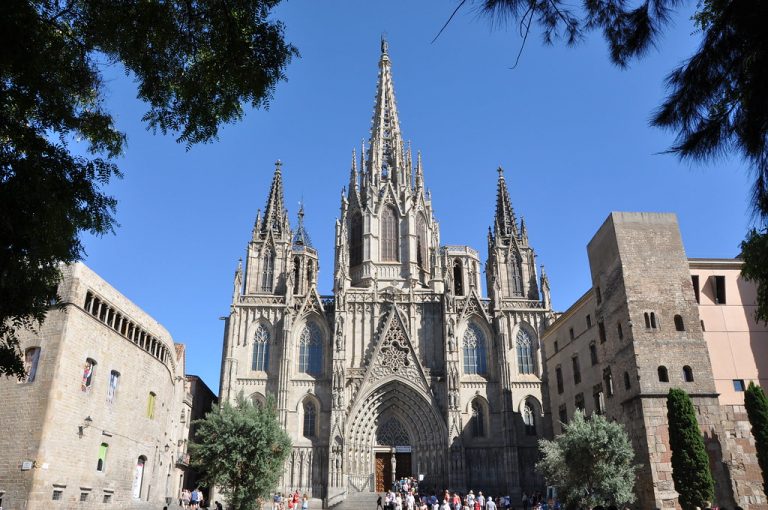 Plaça del Rei: Royal Palace, Lieutenant’s Palace, the Chapel of Santa Agata – The Placa del Rei, known as the “king’s square” is a lovely, walled medieval plaza filled with Roman ruins and medieval monuments. The Placa del Rei contains the Renaissance style, the main Royal palace built for King Alphonso XIII in 1919, the Lieutenant’s Palace, and the Gothic courtyard housing the Archives of Aragon and the 14th century, Gothic Chapel of Santa Agata, featuring stunning stained glass windows. Moreover, for those who want to delve into the city’s history, we can suggest visiting the City History Museum in the Gothic district that tells you the history of the city of Barcelona since Roman times.

A walking tour is a great way to discover the stories and legends behind Barcelona’s oldest district, make new friends along the way, try typical Catalan cuisine or drink a good-quality coffee. For the best experience, choose from several recommended guided walking tours in this neighbourhood and throughout the city. The Gothic Quarter walking tour will usually take you through the narrow streets, to August’s Temple, the cathedral cloister, and the Palatine chapel of Santa Agata (Plaça del Rei). It’s perfect for your first day in the city and you won’t get lost in the Quarter. 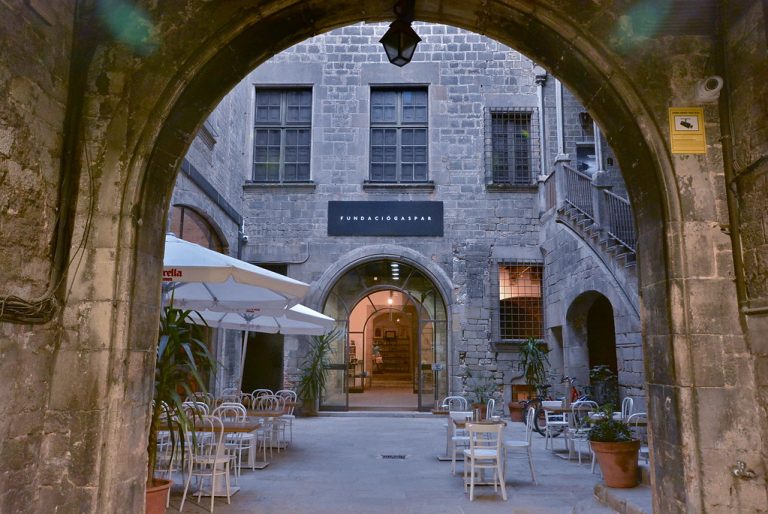 If you would like to take your own walking tour and check out the route beforehand, then take a look at the following video that takes you on a fascinating route through the small streets of the Gothic Quarter with a very enthusiastic guide!

About 4.000 Jews were living in Barcelona during the 13th century and many of them worked as doctors, merchants, or money lenders for the Catalonian aristocracy. At that time approximately 15% Jewish were living in this Jewish quarter. During the expulsion of the Jews in 1424 by Catholic Kings Ferdinand and Isabella valuable trading contacts and knowledge was lost and the Jewish population was decimated. Nowadays, the Jewish Quarter is a pretty labyrinth of alleys, whose highlights are the Sinagoga Mayor — a synagogue deserted in the 14th century—and the Centre d’Interpretació del Call, a museum about Jewish life in medieval Barcelona. 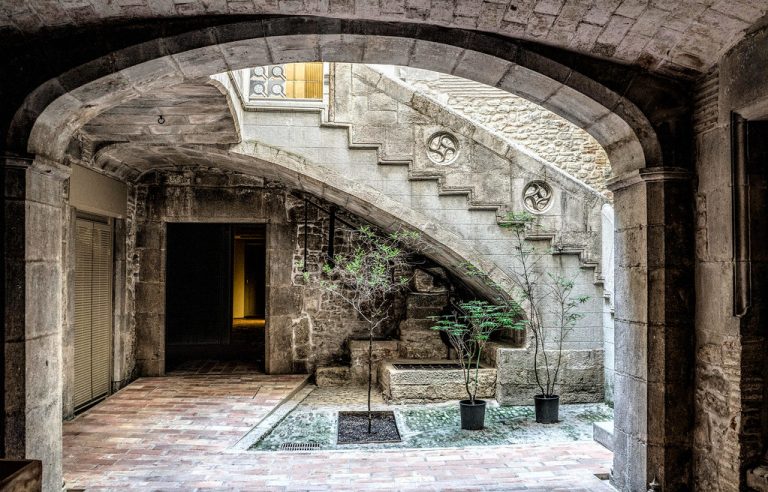 The origins of this Catalan tradition of building human towers date back to the 18th century. Not only the building itself was invented but also the competition through the groups of people. Traditionally, the Castellers perform their tower building during the main parts of larger festivals. Usually, three colles (groups) come together and build their human edifices. Watching bodies scramble to the tops of pyramids of arms and legs near the rooftops of Plaça Jaume’s neoclassical palaces is a wonder to behold. Moreover, a monument honoring the traditions was constructed in Barcelona and reached the record of the highest point. 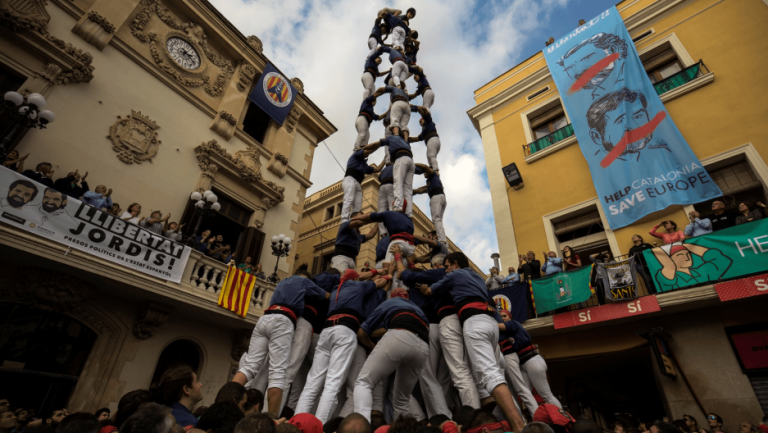 Don’t wait any longer to book your accommodation in Barcelona!