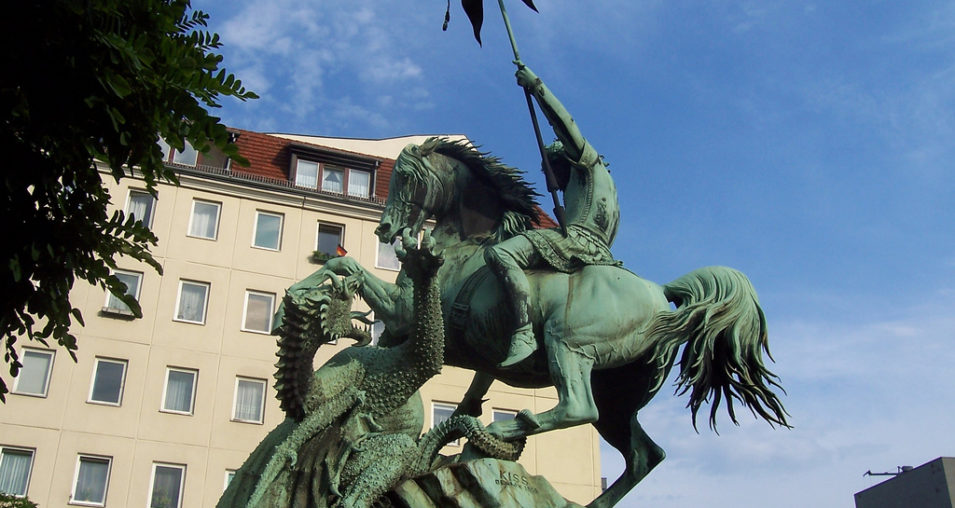 Saint George was a soldier in the Roman army in the Guard of Diocletian – who mandated his death for not leaving Christianity – that was later honored as Christian martyr.  On the day of his death, 23 of April, Saint George’s Day is celebrated to honor his braveness and loyalty.

Saint George’s Day has different types of celebrations all around the world. Due to the update to the Gregorian calendar, some locations celebrate the date on the 6 of May.  Catholic and Protestant countries still have the Saint George tradition. England has a particular long history in celebrating the date. Even though after the junction of Scotland and England the day has decreased in popularity, on recent years it has become gradually more famous. In Canada, it is celebrated on April 23rd. Although it is not considered a national holiday, it is a provincial holiday in Newfoundland on the east coast of the country. Czech Republic moved the Feast of Saint George was moved to the 24 of April, so it doesn’t clash the day of St. Adalbert of Prague, the Czech national saint. In Hungary, the 24 of April is also the day of the police, who honor the saint as a guardian. Although Saint George is a Catholic patron saint, countries with an Islamic majority also celebrate the date among the Christian population. Iraq has a church named after the saint that receives many believers on the date.  Jordanians honor the saint by gathering at the many temples dedicated to George. In Lebanon, the day is especially important in villages where sacred buildings have been erected for the saint. The Iberian Peninsula has a notable devotion for Saint George. In Portugal, it dates back to the 12th century, when the victory on the battle of Aljubarrota was attributed to the saint. Until today the army motto of the country means Portugal and Saint George, in peril and in efforts of war. Spain is the country where Saint George is more known. San Jorge is the patron saint of several cities in the country, and its different regions call for different celebrations. In Aragón, all types of cultural performances are seen throughout the city, however, Catalonia has the most unique way of celebrating it. If you are staying inBarcelona on the date, you may notice flower and bookstands all over the city. The tradition is that men give women flowers (in resemblance to the flower Sant Jordi gave to the princess of Cappadocia) and women give men books (in memory of William Shakespeare and Miguel de Cervantes, who also died on the same date). 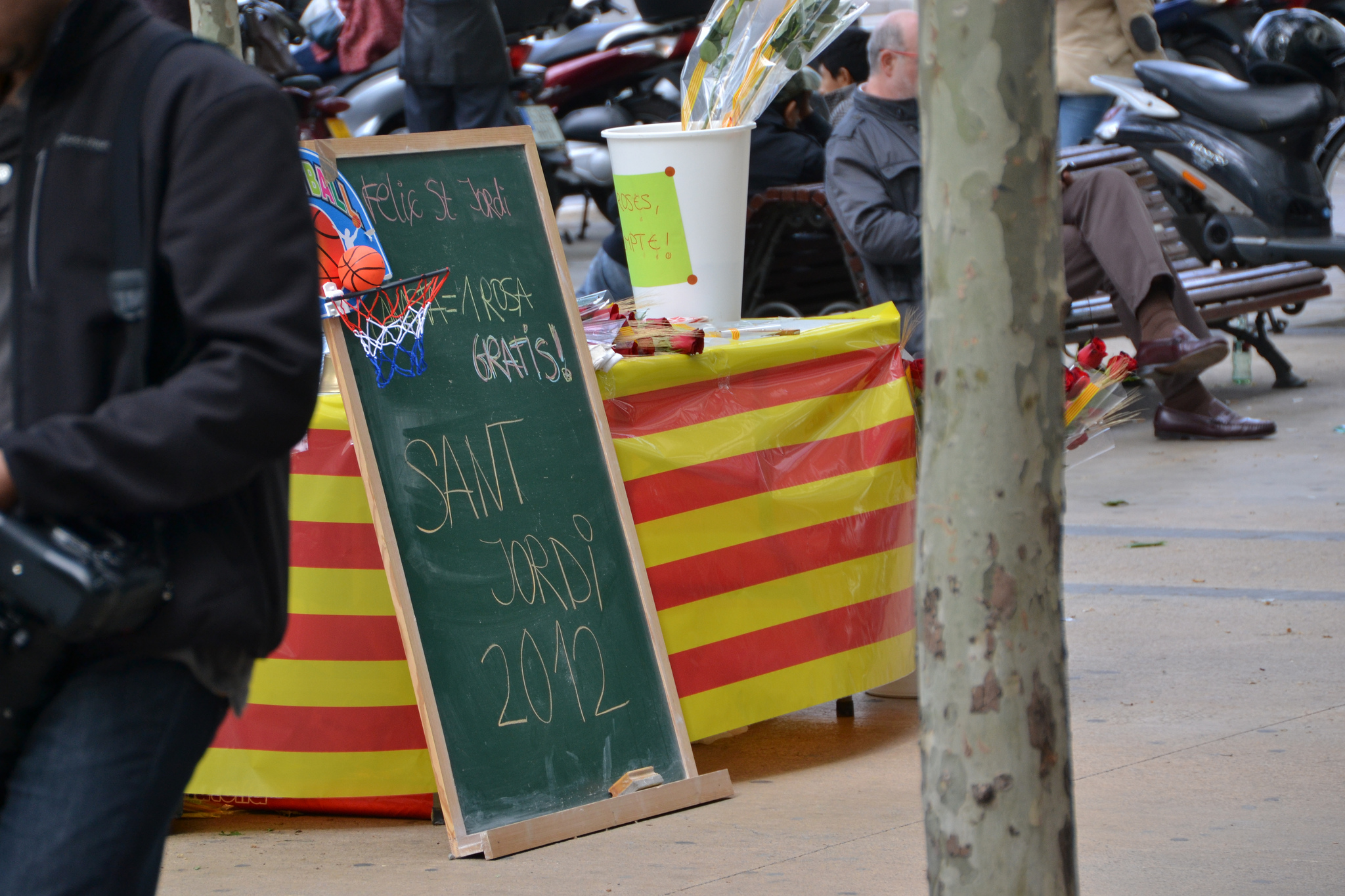 Previous: Family beaches in Sitges
Next: My 1 year in Barcelona