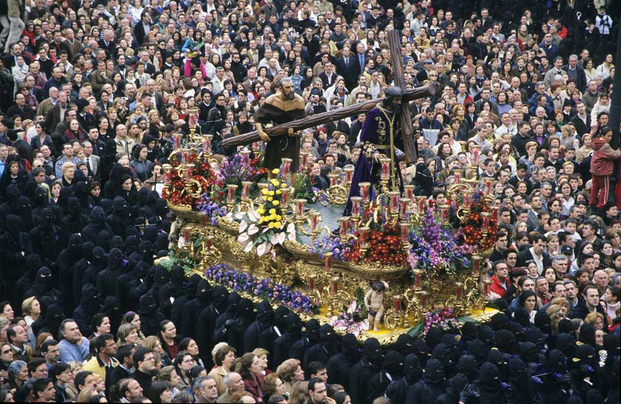 During the week between March 20th and 28th of 2016, Spain will be celebrating “Semana Santa” (or “Holy Week” in English), which is considered to be the most religious week of the year in this country. In fact, more than 77% of the Spanish population is Catholic. Most Spanish Catholics are based is the South of Spain, but there are many in Barcelona as well, so Semana Santa is also very popular in this city as well. Semana Santa is the perfect time to visit Barcelona because spring will just be beginning, the trees flowering, and the sun shining as well!

The Religion of Semana Santa

The “Semana Santa” is a really important date in the Catholic calendar, because it marks the end of Lent and also the death and resurrection of Jesus Christ. This special week begins with Palm Sunday, known in Catalan the “Diumenge de Rams.” This year that day will fall on March the 20th, a Sunday on which many Christians will be heading out to visit the Cathedral of Barcelona. 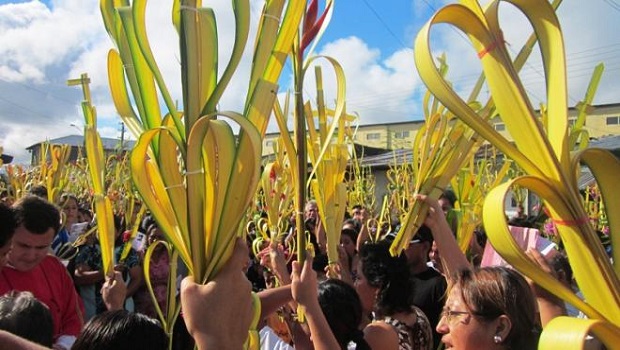 For Christians Palm Sunday is the most significant day of the “Semana Santa.” Palm Sunday in Barcelona is very important. It is also the day you definitely should not miss if you want to witness the gorgeous processions, wonderful parades and the very traditional costumes that everyone will be wearing. In the historical center of the city the Cathedral of Saint Augustín will organize a procession called “La Borriquita” on Palm Sunday. All other churches in Barcelona will be organizing Sunday Mass and ceremonies for the blessing the palm. One popular Palm Sunday tradition for Spanish people is the offering of a palm branch from the godmother to her godson. Another is that children wear something new. After all, the proverb does warn “On Palm Sunday, the hands drop off of those who fail to wear something new.”

Locals of Barcelona also celebrate this special Sunday with a “Burreta,” which is the commemoration of the arrival of Jesus to Jerusalem. They wear olive branches around their head and children bring palm branch to the church. The latter are carried to the church to bless Jesus Christ, hence the name “Palm Sunday.” After church, people leave their olive branches in front of their doors to in order to save the house from evil spirits.

How about joining the locals for their Palm Sunday celebration and decorating your own Barcelona Home with an olive branch? You can find some of the nicest olive branches in a market named “Fira de Rams”, which is scattered throughout the city – near Las Ramblas,  in front of the Sagrada Familia, and in the district of Sants (Placa Bonet i Muixi). They can also be purchased at most supermarkets.

Note: During Saint Friday, Sunday and Easter Monday shops and museums will be closed. Restaurants, however, will be open to allow families and friends to spend a good time together.