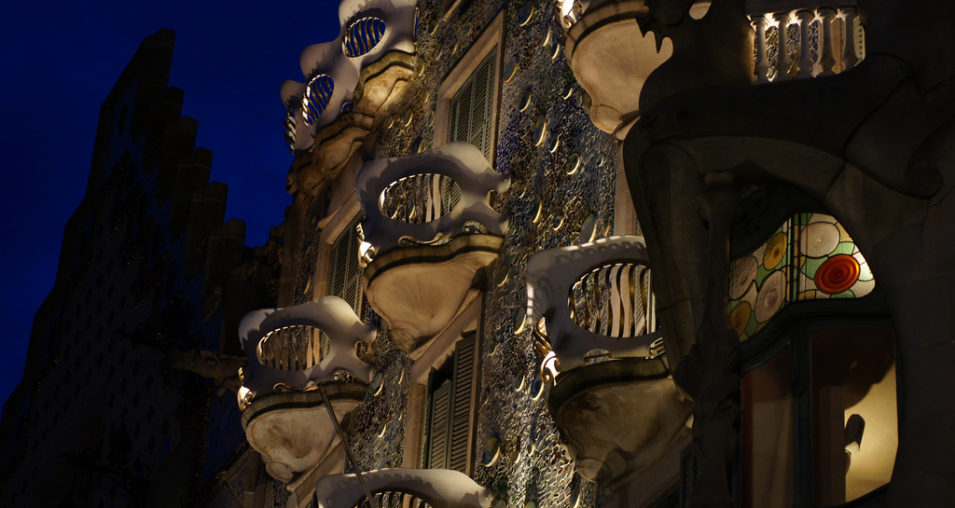 In Europe there is a tradition to celebrate the nocturnal cultural events. In Saint Petersburg around the midnight sun of the summer, during the last weeks of June, the night completely unifies the sunset with the sunrise. Being one of the main cultural capitals of Europe, it is common in Saint Petersburg to have cultural events during the white nights taking advantage of the 24h daylight.  Following that tradition, capitals such as Paris, Berlin, Belgrade and Madrid started hosting similar events that offer presentations and tours related to art and culture. The first Night of Museums took place in Berlin in 1997 and had lots of positive criticism by the public. The event is an initiative promoted by the European Council and counts with over 3,000 museums in over 40 countries. Besides Europe, countries in other continents such as Argentina and the Philippines also have their own versions of the night. Nowadays the similar events happen in 120 cities around the globe. In Barcelona, La Nit dels Museus is usually celebrated the Saturday closest to the International Museum Day, on the 18th of May.

On this night, usually, the participant museums open their doors for free from 7pm until 1am the next day. Around 60 museums participate on the Nit dels Museus and on the 18th of May all museums usually have free entrance also during the day. Some of the institutions include Caixaforum, Cosmocaixa, El Born CC, Fundacio Joan Miro, La Pedrera, MACBA, Museu de La Xocolata, Museu Egipci de Barcelona, Museu FC Barcelona, Museu Maritim de Barcelona and Museu Picasso.

The museums also offer different activities to attract more people since the competition is wide and varied. To ease the choice of where to go, the city hall of Barcelona offers different geographic routes with all the necessary information. The night gathers musical concerts, children plays, projections, recitals, performances, audiovisual spectacles, theater and magic. The Catalan capital is known for its great artworks of modernism and for being home of several of the great artists in the Spanish culture such as Salvador Dali, Antoni Gaudi, Joan Miro and Pablo Picasso, and attracts around 100,000 people for La Noche de los Museos. Barcelona’s neighbor cities also participate. Museums in l’Hospitalet de Llobregat, Badalona, Cornellà, Esplugues and Santa Coloma de Gramenet also open its doors for the long cultural night for free.

Don’t forget to check out our website to find the perfect accommodation for La Noche de los Museos of Barcelona.

Previous: The Gay Community of Sitges
Next: Gay Bars in Sitges