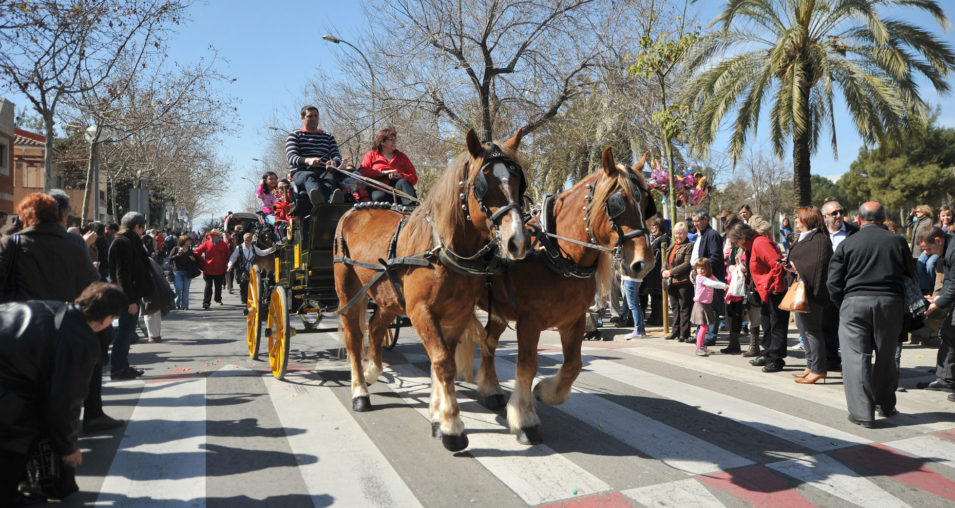 Cavalcada dels Tres Tombs de Sant Antoni is a traditional Catalan festival that honors St. Anthony, the Patron Saint of animals, the poor and the sick. The legend says that Saint Anthony the abbot was a great friend of animals since the Saint devoted himself protecting welfare of animals and cargo used in the field work. The parade has therefore deep roots in the history of the Catalan peasantry. Today, people bring their pets to the Tres tombs parade to be blessed.

The name of parade “tres tombs” is Catalan and  it can be translated as “three turns” in English. The three turns parade takes place in many towns and villages in Catalunya. In Barcelona the parade is located in Sant Antoni area, Eixample district and it starts at the corner of Calàbria Street and Floridablanca Street at 11:00 on the 25th January 2014. The nearest metro stations are Rocafort, Sant Antoni and Poble sec. Instead of taking the same tour three times the parade follows one long route that is the following: Comte Borrell, Parlament, Ronda de Sant Pau, Comte d’Urgell, Floridablanca, Rda. Sant Antoni, Plaça Universitat, Pelai, Rambla (towards the port), Colom, Rambla (upwards from the port), Ferran, Plaça Sant Jaume in Ciutat Vella. The parade ends at Plaça de Sant Miquel.

The three turns parade is a part of the annual local festival (Festa Major de Sant Antoni) in Sant Antoni area. The parade consists of lots of carriages, horses and chariots. When the parade reaches the church “La Escola Pia de Sant Antoni” on Ronda de Sant Pau, 72 it’s time for the animal blessing tradition that is a highlight of the parade. After the parade animals are being blessed first and the parade has encouraged people to bring their domestic animals to be blessed by a priest. 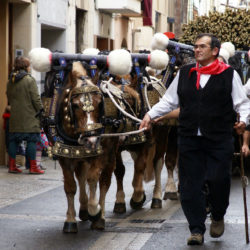 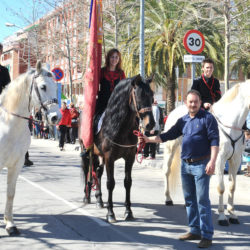 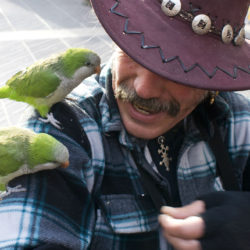