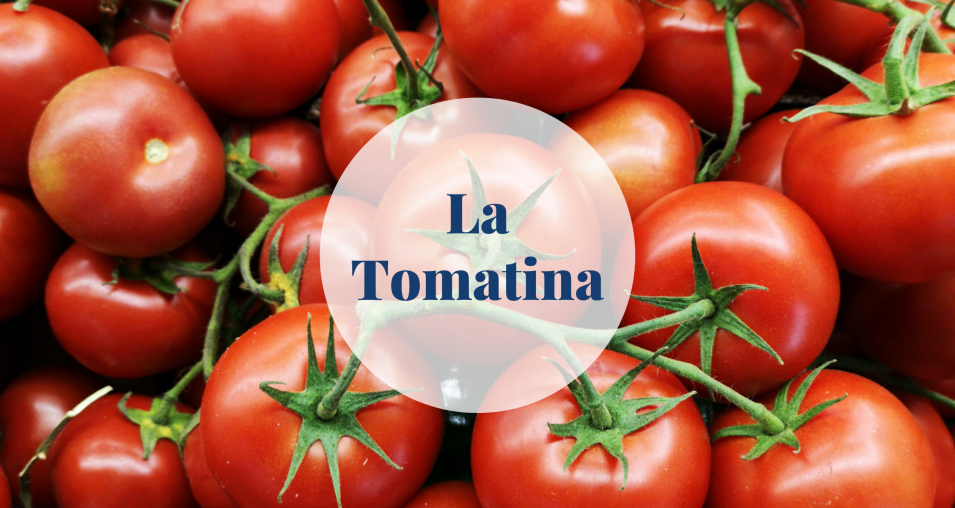 Getting tired of the beach parties of Barcelona? Then you should definitely experience one of the most insane festivals this world has to offer: La Tomatina. It takes place during the last Wednesday of August each year; and is part of a week of festivals celebrated in Buñol, a small village located 38 km west of the city of Valencia. Take the train from Barcelona for about 3 hours to get to Valencia (Estación del Norte), and then take the local train or bus to Buñol.

What is La Tomatina all about?

The Tomatina is basically about throwing tomatoes at each other. It’s fun and, after all, you only live once! The tradition started back in August of 1945, when some young boys were hanging out in the Buñol town square waiting to attend the Giants and Big-Heads figures parade. When it arrived they decided to join the parade and made one of the participants fall off. He in turn threw a tantrum and started to hit everything and everyone in his path. A vegetable stall fell victim to his destruction, resulting in a furious crowd. People started hitting each other with tomatoes until the local authorities ended the vegetable battle. 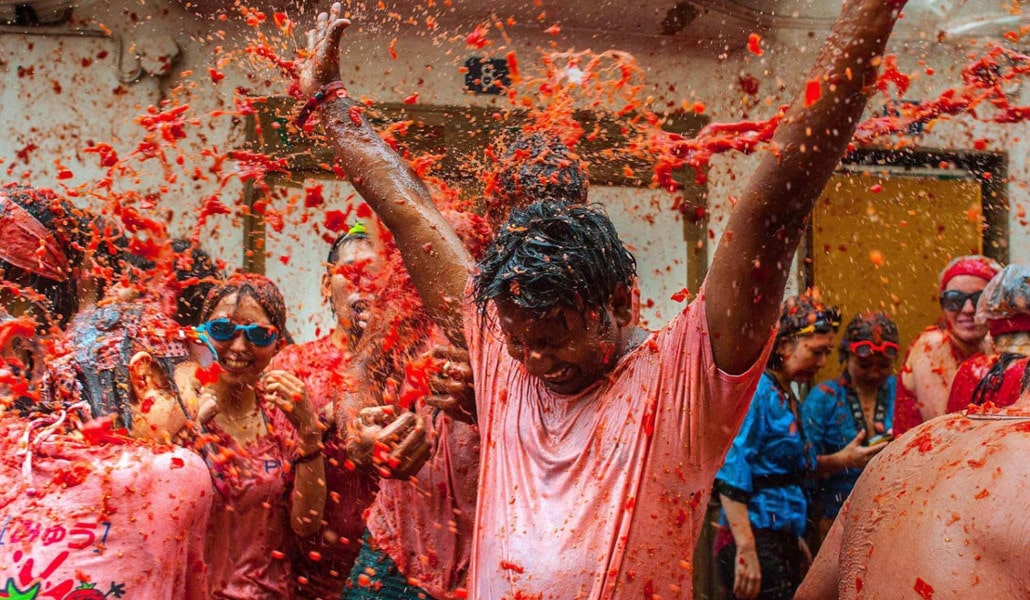 The boys showed up again the following year with their own vegetables and started a tradition they were never aware would become so popular. The police tried hard to fight it in the beginning and the tradition was even banned in the early 1950’s with the detention of several young people, but the town’s residents stood up for the latter and argued that they should be allowed to enjoy themselves in this unique and harmless way.

The tradition gained more and more popularity amongst residents and foreigners visiting the city, and La Tomatina was born. In 1975, the festival was organized by the local patron San Luis Bertrán, leading to the town hall taking over in 1980. Since then, tomatoes have been grown specifically for the event in the region of Extremadura. Nowadays this event has become one of Spain’s most famous festivals, with people coming from all over the world to experience the epic and colorful battle.

How does La Tomatina works?

The festivities kick off at 10.00 in the morning with the “palo jabón”, during which people climbing to the top of a greased pole with a piece of meat on top of it. As this happens, the crowd works into a frenzy of singing and dancing and gets showered with water from hoses. Once the piece of meat is slapped off the pole, the start signal for the tomato fight is given and the tomato trucks make their entry. The tomatoes need to be squashed before they are thrown in order to avoid injuries. Also, no projectiles other than tomatoes are allowed, but you can use as many of the latter as you would like. After exactly one hour the fight ends with the firing of a second shot. The whole town square is painted red and rivers of tomato juice flow freely.

Practical information: what else you need to know?

You should arrive one day prior to La Tomatina; as international visitors party all night before the event once they arrived in town.

Is there an entry fee?

In 2013, city officials introduced an entry fee and limited the number of participants, citing concerns over safety. So you must pre-order your tickets if you do not wish to miss this awesome opportunity to party cafeteria-style! The party is now limited to 20,000 ticketed entries, with tickets costing €10.

How to get to La Tomatina?

Well the festival takes place in Buñol (Bunyol); a small town of 9,000 inhabitants about 38km outside Valencia. From Barcelona you can either make your way to Valencia the day before:

Looking for an apartment in Barcelona to stay in your clubs visits? Check out our SPECIAL DEALS ON APARTMENTS all over the city with Barcelona Home!