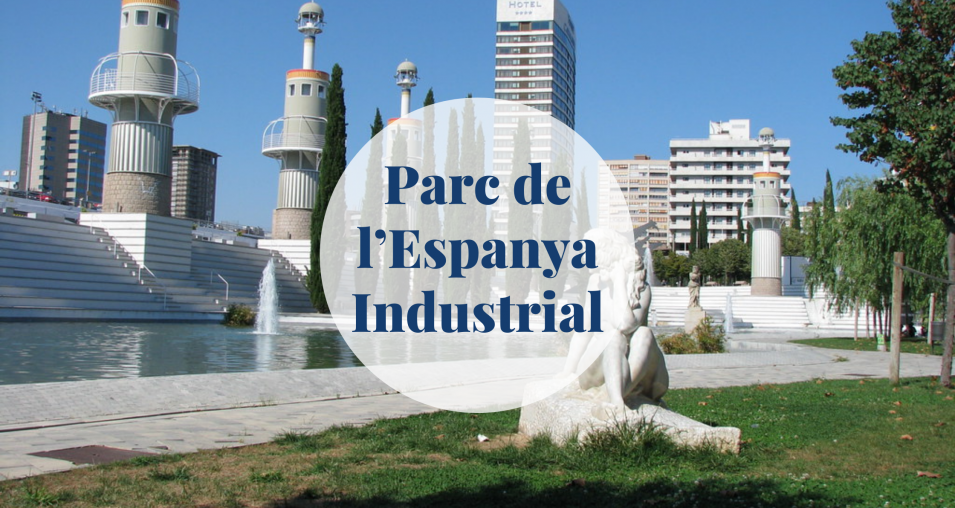 Parc de l’Espanya industrial is ideally in the city of Barcelona; with an amazing ubication near the PLAÇA D’ESPANYA and the grand train station of Sants. This is the perfect park for relaxation after a shopping moment or some touristic visits. If you are with family or with friends, you will find all you need in this park in which you will spend a very pleasant moment.

Are you to take a national or international transport from SANTS STATION? The park is the perfect place to spend your time waiting for the train while relaxing and enjoying the nature instead of waiting in the crowded station. The particularity of the park is to fill the need of each type of person, from children to art lovers, through sportive ones.

About the Parc de l’Espanya industrial

This park is a really unique place in the mist of the city of Barcelona. Likewise, with sightings of an iron dragon, a really an enormous slide, a lake guarded by Neptune with Venus looking at her reflection, and sun-bathed grass; that’s the Parc de l’Espanya industrial: where fire, water and earth are the central features. 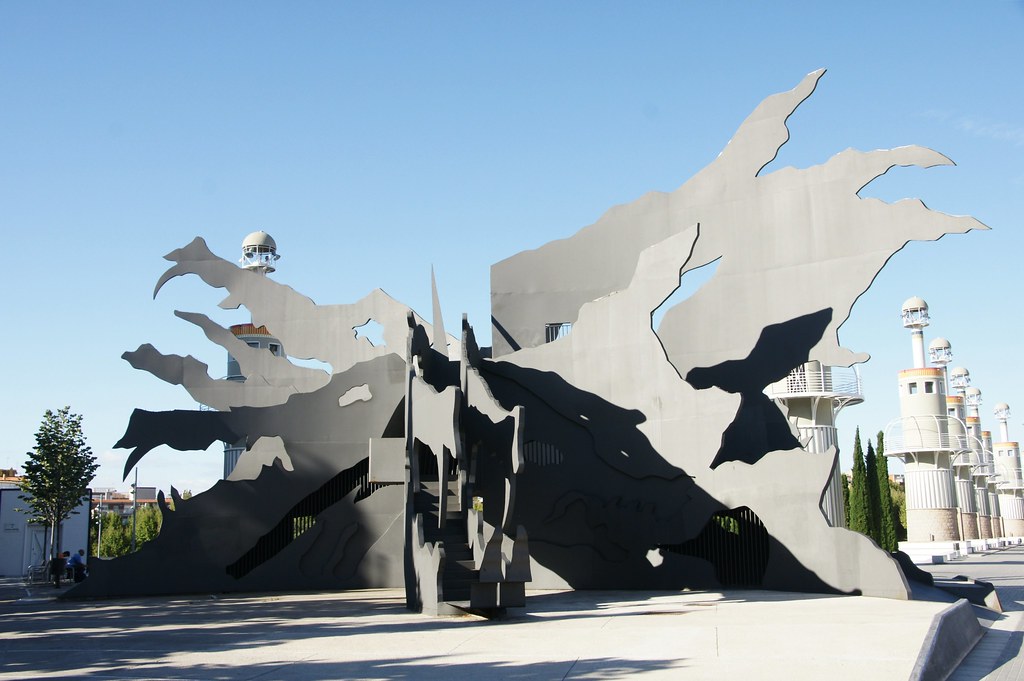 In the same vein, the Parc de l’Espanya industrial extends along a wide esplanade below a tending to a hill-like ground covered with long rows of steps. Those at the side of Plaça dels Països Catalans end at the lake which skirts around almost half of this green space.

History of the park

This place is an example of the ‘land reclamation’ that started in Barcelona in the 1980s. A movement to recover land occupied by services and industries that were, for instance, either defunct or had moved to other sites in the Barcelona Metropolitan Area.

Subsequently, from the old industrial complex, the park gets its name after a textile factory by the Muntadas family in 1847 that became Spain’s first cotton company: “La España Industrial, Sociedad Anónima Fabril y Mercantil“. 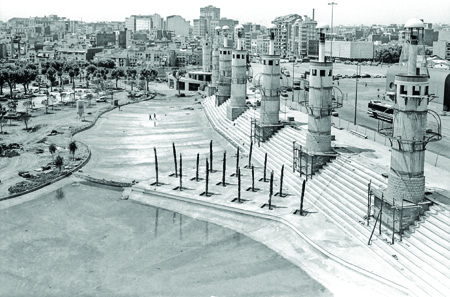 In addition, with a location at that time in the town of Sants, the factory was popularly known as “Vapor Nou” (New Steam); in contrast to the name of the other big textile industry there: Vapor Vell (Old Steam). It was always one of the most modern textile factories; dedicated to spinning, weaving and dyeing cotton.

However, in 1985, in response to demands from local residents, the site was allocated for building houses and today’s park. A large sports centre (also known as Espanya Industrial) was built there for the 1992 Olympic Games and held the weightlifting competitions. It has since become one of the main sports facilities in the Sants-Montjuïc district.

The park is mainly made of beautiful Mediterranean trees and grass on which it’s very pleasant to walk; you enjoy the nature thanks to the vegetation. It’s an ideal place to take a rest and relax on one of the several shoals of the park. A big lake has an important place inside of the park.

For those willing to enjoy sport in a healthy environment, the park gives you the opportunity to make different activities. A SPECIAL AREA FOR CHILDREN with slides and swings is also present in the park. The park also has a special court for those wanting to play basketball. 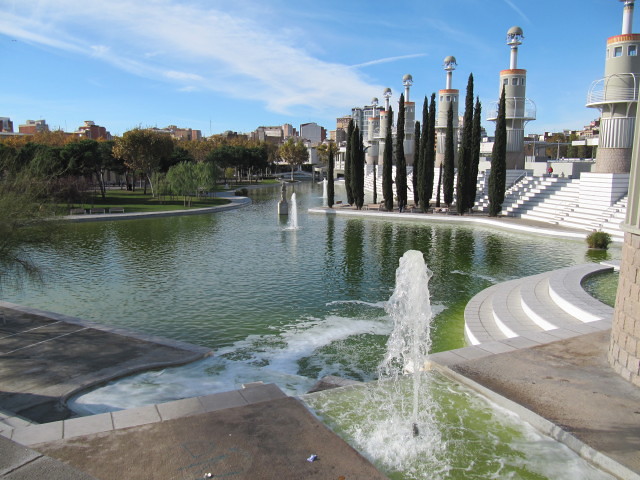 A park made of history and art

Parc de l’Espanya Industrial is plenty of history, art and architecture. Indeed, at the place of the parc was a large textile mil, called La España Industrial. This mil existed until the 20th century and became a park right after in 1985. The park gives a large space to history and also art. Indeed, impossible to miss the giant metal dragon by Andrés Nagel. This awesome sculpture is around 12 metres high!

For those willing to enjoy more arts, the park is home to several sculptures. These different sculptures such as the Venus of José Pérez Peresejo come from the 1929 International Exhibition.

Are you looking for a great ACCOMMODATION IN BARCELONA close to the Parc de l’Espanya industrial? Look no further, we have what’s right for you!

Previous: The game in associations
Next: Visca Barca, Visca Cataluyna