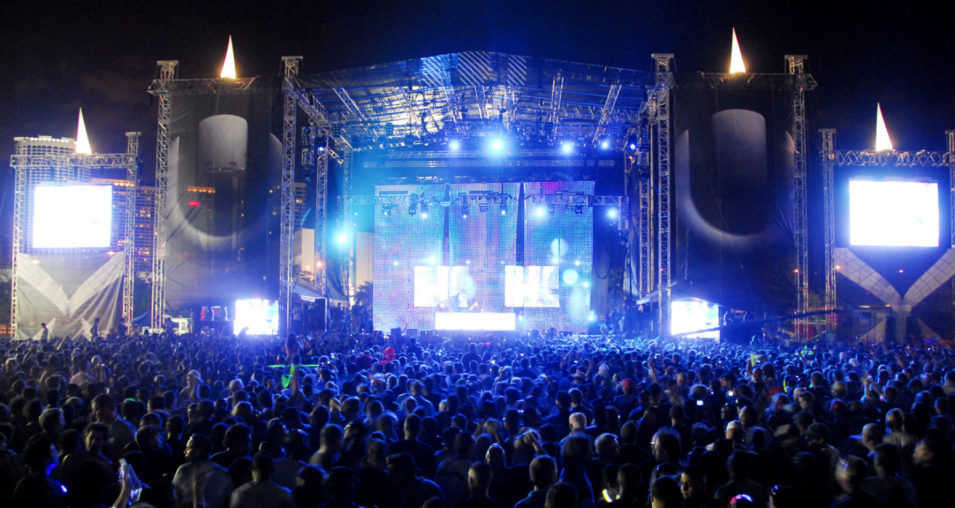 The Sonar Festival is the biggest festival of electronic music and culture that is celebrated every summer in Barcelona. The activities are divided in two big places: Sonar by Day in Fira Montjuïc near Sants-Montjuïc with concerts, showcases and areas and big shows of Sonar by Night in Fira Gran Via de L’Hospitalet, where the most remarkable artists from the international musical panorama go on stage. The nearest metro station to the festival location is Europa | Fira. The Sonar Festival of Advanced Music and New Media Art avoids commercial music and promotes new artists and proposes independent ones.

The next Sonar Festival will be at the 12th, 13th and 14th of June in 2014! You can get the special price of 150 euros when booking until the 30th of September. The final price after that will be 195 euros.  The 2-night ticket costs 125€ and it allows the access to the Sónar by Night concerts on the 13th and 14th June at Fira Gran Via. You can also buy Professional Accreditation ticket at the price of 230€ to be able to enjoy all the facilities and advantages of the festival.

This year there will be many famous talents such as Massive attack, Jon Hopkins, Caribou, Jessy Lanza, Four Tet, James Holden, Matmos, Oneohtrix Point Never, Nisennenmondai, Gesaffelstein and Woodkid in the festival. Massive Attack will debut their new Massive Attack show in the festival on the 14th June and you will also see two sides of Richie Hawtin as he performs two times: first as Plastikman and on the other day as Close. Some of the newcomers with lots of talent in the festival are for example Evian Christ, Copeland,  Happa and Majical Cloudz. These are just the first names of the Sonar Festival and more artists will be announced soon, so follow the official website for more information.