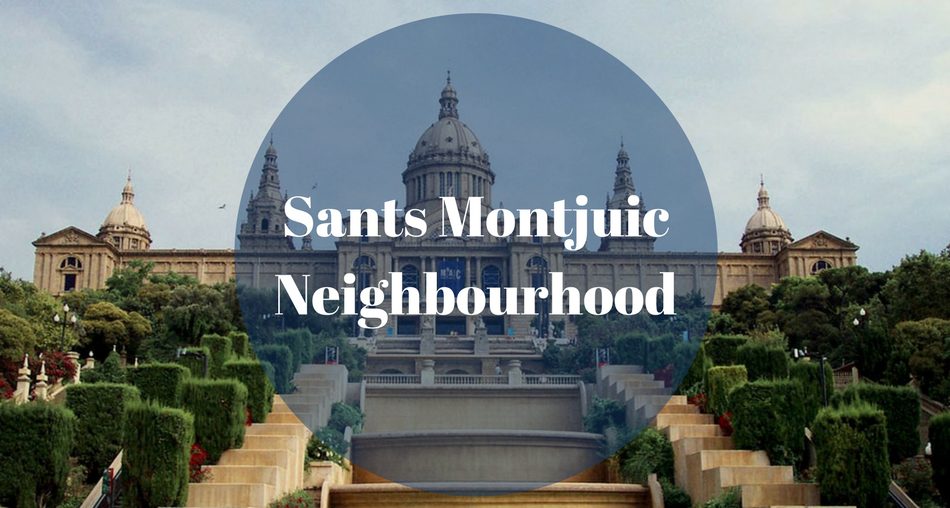 What is in the Sants-Montjuic neighbourhood ?

The Sants-Montjuic neighborhood is actually two districts, with Sants being a very typically Catalan residential area and Montjuïc being the big hill that dominates Barcelona’s skyline.

Sants is largely residential and mostly populated by Catalans, originally built to house the working families of the surrounding industry. It now provides apartments in Barcelona for middle-class families and has grown to be a desirable area for natives. The area isn’t as “pretty” as other barrios in Barcelona. But it has its charm, easy to navigate, very well connected by the metro and filled with stores and great places to eat. Sants is home to the largest train and metro station in all of Barcelona. The Estacio de Sants, which is where the highspeed AVE train to Madrid departs from, along with regional trains that will take you to El Prat airport, Lleida, Tarragona, and many other destinations like Paris for example. Montjuïc is filled with things to see so be prepared to spend at least an entire day here.

For people interested in the botanical field, there is the large Jardì Botànic (botanic gardens) in this area of Barcelona. It is situated way up the hill of the Laribal Gardens, and the amazing Jardins Mossèn Costa i Llobera. The Jardins Mossèn Costa i Llobera is filled with cacti of every sort, which creates an amazing mix of colors! The biggest “event” in Sants is by far the “Festa Major” festival in August. When the whole neighborhood changes and becomes a big festival area with decorations, music venues, and a great atmosphere. Some may even claim that the Festa Major de Sants is even better than the more renowned Festa Major de Gràcia. In Sants, you will find the beautiful Parc de l’Espanya Industrial with the big artificial lake in the middle. This park is very different but still extremely compelling and beautiful, with stone structures and iron dragons.

Sants-Montjuic neighborhoods have plenty of things to see, nearly no matter where your interests lie. Montjuïc is home to many of the 1992 Olympic venues and a museum about the event. Furthermore, it is home to two art museums, the Museu Nacional d’Art de Catalunya (MNAC) and the Fundació Joan Miró. Montjuïc is also where you will find the Castell de Montjuïc, the old fort of Montjuïc. Montjuic is also home to the wonderful Poble Espanyol (Spanish village), which has a number of full-scale models of buildings from the different regions of Spain, including 40 different craftsmen’s workshops. Poble Espanyol is home to one of Spains last 2 traditional glassblowing furnaces.

Eating out in Sants-Montjuic neighbourhood

Both Montjuïc and Sants offer a wide variety of great restaurants, some more expensive than others. The best of the best can be found at the restaurant of the 5 star Miramar hotel located on the eastern side of Montjuïc. There is another great, but also an expensive place where you can eat: there is a restaurant called El Xalet. But be aware, they value quality over quantity. So don’t come here if you usually eat a lot! Sants is also the place to look if you like Italian and Mexican cuisine. An Italian restaurant you have to visit is La Briciola on Carrer d’ Olzinelles which serves great Italian food at more than reasonable prices. If you need a place to bring a date, look for Blau on Carrer de Tenor Masini, a small intimate and cozy place.

If you find yourself in Sants and fancy a drink, head over to the Plaça d’Osca. The new hotspot in Sants where you will find plenty of bars and open-air cafés. On Montjïc, you will find the occasional bar or cerveceria as you make your way up and down the curvy roads. As you might have guessed there aren’t many clubs on Montjuïc, but Sants is home to the huge club Privilege, the Barcelona equivalent of the Ibiza mega house. Privilege is mainly a house music venue.

There is a fantastic shopping mall “Las Arenas” on Plaça d’Espanya located in an old bullfighting stadium, hence its name Las Arenas (the arena). The stadium had been out of use for many years before it was rebuilt into a mall. As bullfighting’s popularity had been declining for many decades, in the end, bullfighting was finally outlawed in the region Catalunya in 2008. There, you will find a huge movie theater as well as many shops, restaurants and some café and bars.

Once you’re there, there’s just something that you do not want to miss! At the top of Las Arenas, you will find 360 panoramic views of Barcelona on the roof of the shopping mall. It really takes your breath away! To get to the top, you can either take the escalators or the lifts inside of Las Arenas, or you can also opt for a completely see-through elevator that takes you to the top while allowing you to see everything as the lift is made of see-through glasses. (Just so you know, the ride on the lift costs €1 though.)

Previous: Placa Reial – square in the Gothic Quarter
Next: What to do this weekend June 28th to 30th

El Clot neighborhood in the Sant Martí district of Barcelona