Haagen-Dazs is an American brand established in 1961. Two friends passionate about ice cream opened their first retail store in New York starting with only three flavours. Those were vanilla, chocolate, and coffee. Their small business has grown immensely and it has now franchises throughout the United States, Japan, Brazil and many other countries around the world including Spain.

Maybe you’ve questioned yourself where the brand’s name came from. Reuben Mattus, the co-owner of the company, invented the name as a tribute to Danish Jews during the Second World War. He even included an outline of a map of Denmark on early labels. Mattus had the impression that Denmark was well known for its quality dairy products and had a good reputation in the US. However, although the name may sound Danish, it is not Danish at all, but it is original and unique. 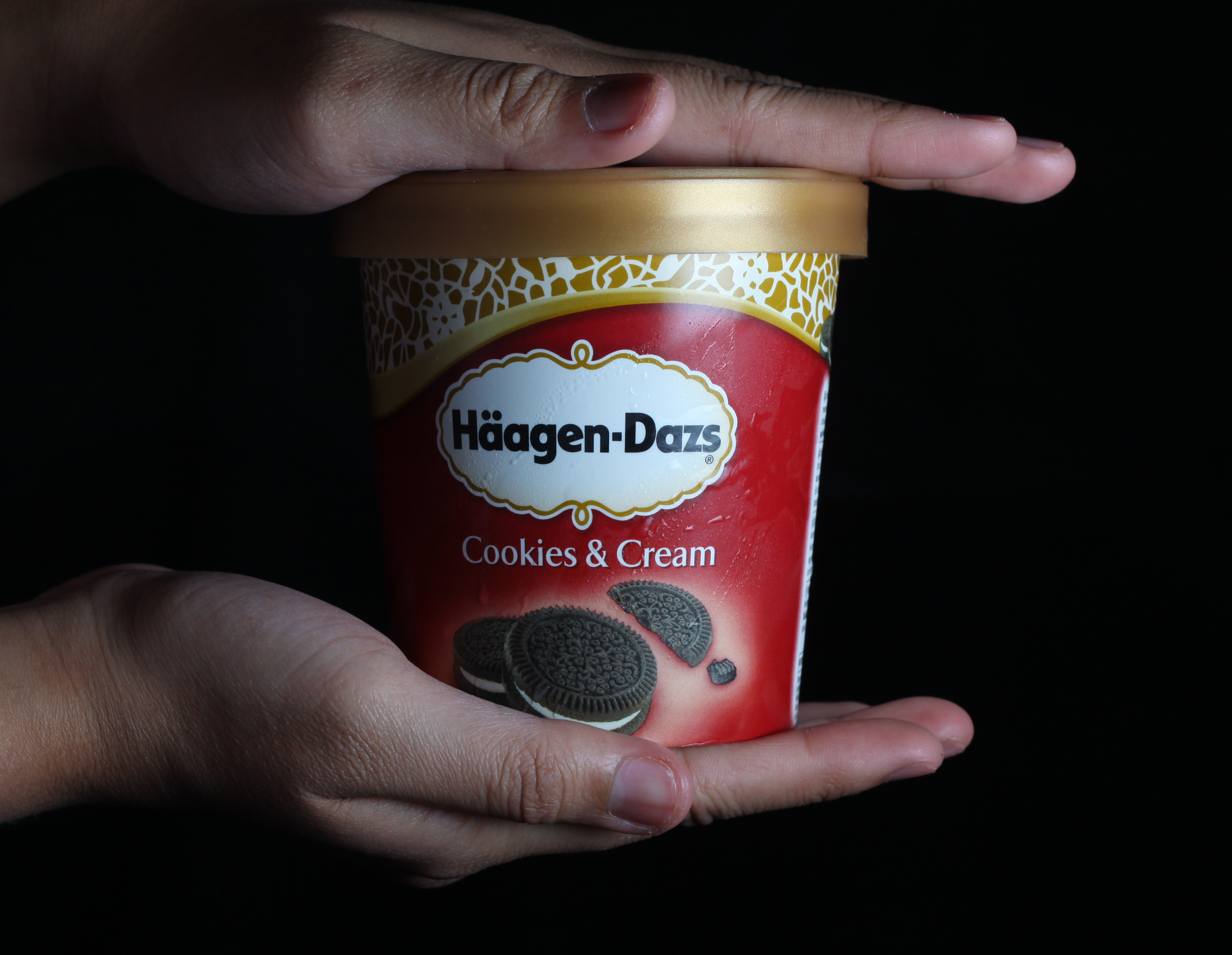 The range of ice cream flavours offered is huge nowadays. Customers can taste traditional flavours, such as chocolate, as well as fruit sorbets and more extraordinary ones like pralines and cream or salted caramel. The ice cream is quite dense and the brand uses no other stabilizers than egg yolks, which make it taste almost like heaven in the mouth.

Moreover, apart from normal ice-cream, they sell crepes, waffles, cakes, sundaes and other treats in Haagen-Dazs dedicated retail stores. The company sells tubes and frozen bars of various flavours in grocery stores all over the world. Therefore, you can enjoy your favourite ice cream at the comfort of the home as well. 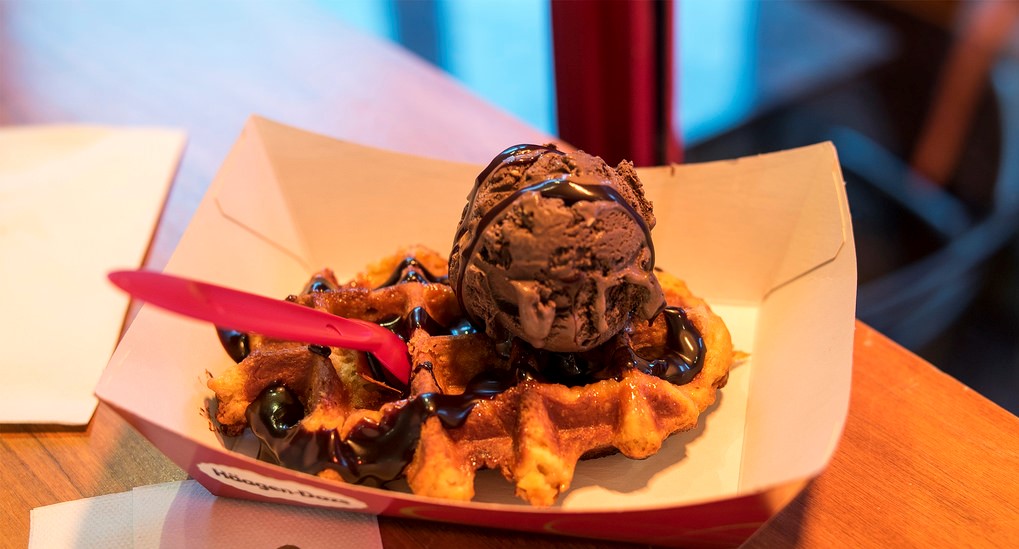 There are three Haagen-Dazs stores in Barcelona. The most central one is located at Rambla de Catalunya, right in the heart of the city. In addition, it is open every day from 11 am until late evening.

Why not take a little break from exploring beautiful Barcelona or running errands and treat yourself to a nice portion of Haagen-Dazs ice-cream today? They are patiently waiting for you to serve you the next scoop of ice cream!

Other Haagen-Dazs stores in Barcelona: