Tibidabo is a mountain offering the most spectacular view of the magical city of Barcelona. With its 512 meters, it is the tallest mountain in Serra de Collserola. But even more impressive is the old-fashioned Amusement park located on the top of the mountain. It is the oldest in Barcelona. Furthermore, it retains some of the most original rides. Some of those date back to the turn of the 20th century. 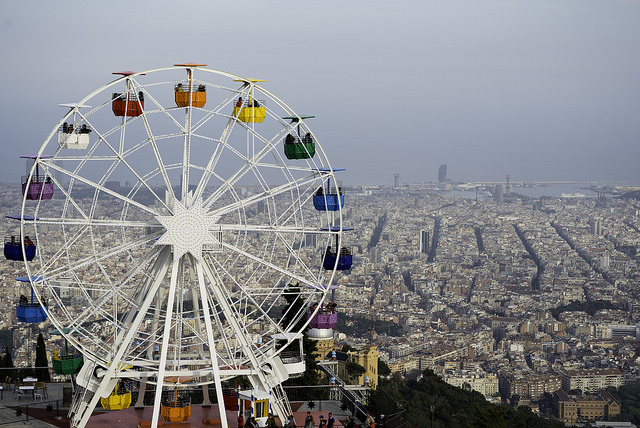 The Tibidabo Amusement Park allows you to discover the different areas and experience thrills and spills for all ages. Over 25 rides and attractions include those old-fashioned as well as the most modern ones. Mount Tibidabo has many attractions but is best known for its funicular which was once considered a full attraction. Today, it is a historical symbol of the park and a must-see attraction.

The mountain’s dominating feature is the Temple Expiatori del Sagrat Cor (Expiatory Church of the Sacred Heart of Jesus). It is a Roman Catholic church and minor basilica with an enormous bronze statue of Christ to crown it. If you’d like to enjoy more of the fantastic views that Tibidabo offers, you should definitely visit the top of this Church. The overall atmosphere is spectacular especially after the sunset when the whole church is flooded with lights. 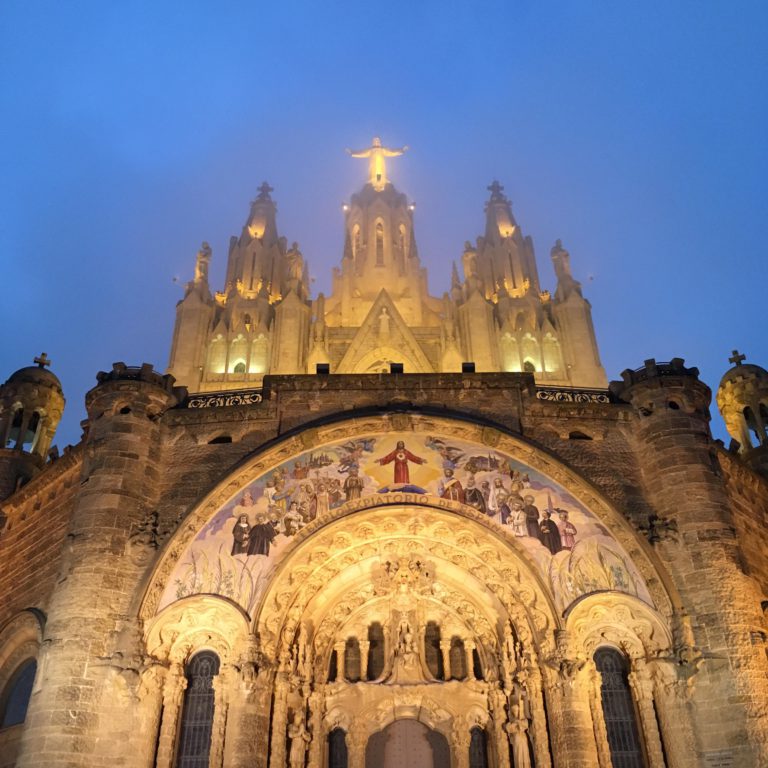 The Ferris Wheel and Other Attractions

Built already in the 1899 and opened to the public in 1905, the Amusement Park on top of the Tibidabo is not only the oldest Amusement Park in Spain but also one of the oldest ones in the world. As most amusement parks, also the one at Tibidabo offers various rides for people of all ages. Some of the original attractions are still operating – such as the Park’s iconic ride “El Avió” (The Plane). Built in 1928, it’s the first attraction of the park. It gives an impression of a flight above the city.

However, the Park offers other attractions that are worth visiting too. Firstly the Museu d’Automates. Housing mechanical figures from 19th and 20th century, this museum belongs among the most popular Tibidabo venues.  There is also a massive hall of mirrors, which with dazzling visual effects, has won the prestigious FAD design award, named the Miramiralls.

La Talaia is a platform that makes a complete tour and allows you to have an incredible panoramic view of all Barcelona. You will be able to contemplate not only the city but also the park of attraction, the forest and the neighboring cities. We strongly discourage this attraction to people with vertigo. 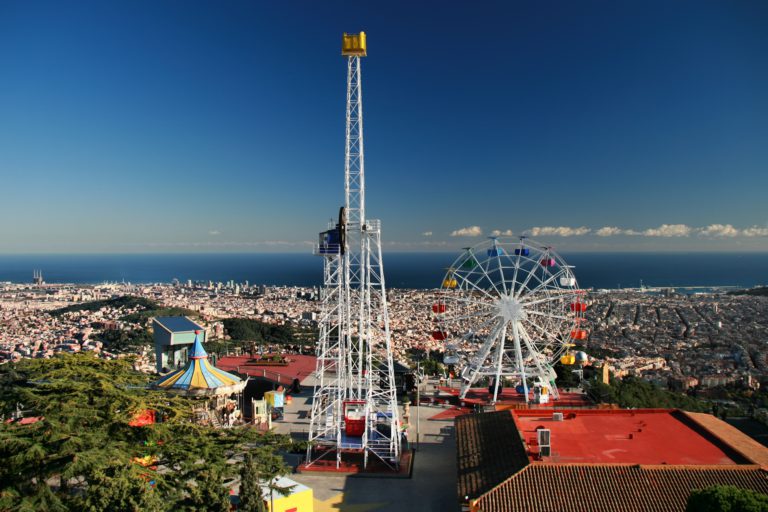 Finally, what catches the visitor’s eye right after entering the Amusement Park is the famous Giradabo. The ferris wheel with its attractive colourful cabins. If you wish to experience the splendid view of the whole city of Barcelona, this is definitely a must-visit attraction. 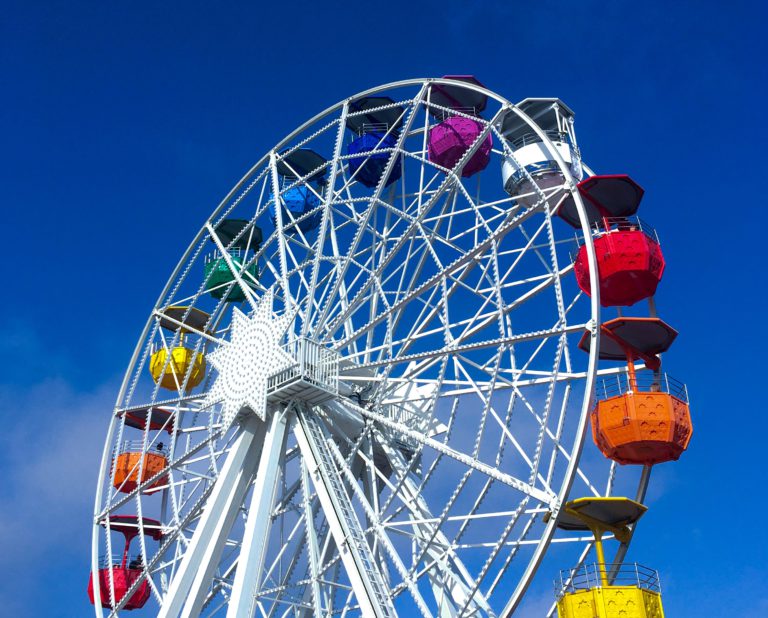 Previous: Best Picnic Spots in Barcelona
Next: What to do this weekend May 17th-19th