Home / Where to Stay / Districts / La Barceloneta in Ciutat Vella 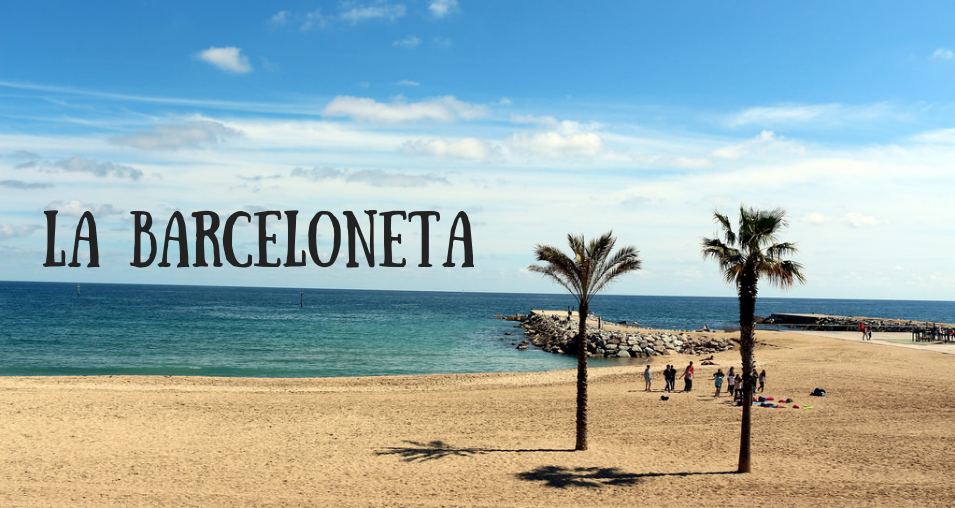 La Barceloneta is a coastal district of the city of Barcelona. It’s a triangular spit of land that is bordered by the Mediterranean Sea, Port Vell, and the El Born neighborhood, as well as being surrounded by a sandy beach. Even though it is not in the center of the city, it is still considered part of Ciutat Vella. The beach is very lively during the hot summer days, and the clubs lining the beach boardwalk are busy until early in the morning. La Barceloneta was once home to fishermen and factory workers, as there were many people associated with the fishing and the metal industries that resided here.

With its narrow, rectilinear streets, La Barceloneta was built on a military grid structure to provide accommodation for the former inhabitants of La Ribera. This residential area was established to offer a house to the people who were displaced when King Philip V ordered much of La Ribera to be razed to the ground to allow the construction of a large fortress where Parc de la Ciutadella is now. This occurred in the wake of the fall of Barcelona in 1714 to Philip´s forces in the War of Spanish Succession. More recently, the 1992 Olympics altered the face of Barceloneta by removing the old beach-front restaurants and public baths. The area was renovated to join the sea and beach with city life more strongly. The houses built in Barceloneta were low-rise and small in scale as a way to prevent the obstruction of views from apartments in higher-class areas of the city. 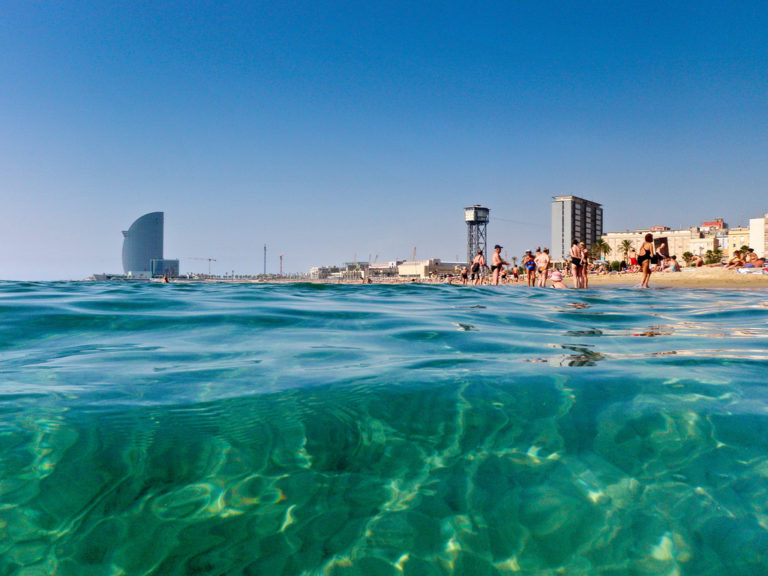 The beach is obviously the main attraction of Barceloneta and is absolutely overflowing with locals and tourists alike all summer long. Thanks to salesmen who patrol up and down selling everything from sandwiches to donuts, water to cocktails, massages to bikinis, you can relax on the beach all day without ever having to move.

There are several Chiringuitos (beachside bars) alongside the beach, which are great places to grab a drink or a snack. Barceloneta is also very famous for its seafood restaurants, which can be found along the boardwalk, and around the marina.

What to see in La Barceloneta

Needless to say, Barceloneta Beach is a must-see while in Barceloneta. This would be first on everyone’s list as it is Barceloneta’s greatest attraction.

#1 Frank Gehry’s famous Golden fish statue is something impossible to miss as well. Besides that, there are numerous attractions around Barceloneta, especially for families.

#2 One of its major attractions is the Aquarium, which is the biggest in Europe and the IMAX which is both a magical and memorable experience for children and an especially great option if you would like to escape the heat or rain.

#3 Another popular attraction is the Montjuïc Cable Cars, which provide an unforgettable experience. From the cars, you will take in stunning views of the entire city. La Barceloneta is a magical neighborhood that will satisfy a wide variety of visitor preferences.

#4 If you wish to do some shopping Mare Magnum is the perfect choice for you. It´s located next to the port and on an island accessed by the bridge.

#5 If you like to run or rollerblade, Barceloneta is a great place to do so. Running along the boardwalk is a very popular activity, especially at dusk when the weather is slightly cooler.

#6 If you long for a more cultural experience in Barcelona then visit Catalunya History Museum to learn more about the city. Just across the street from the museum is the metro stop Barceloneta, which is one stop away from the city center, though you can also easily walk to Las Ramblas in just 15 minutes. 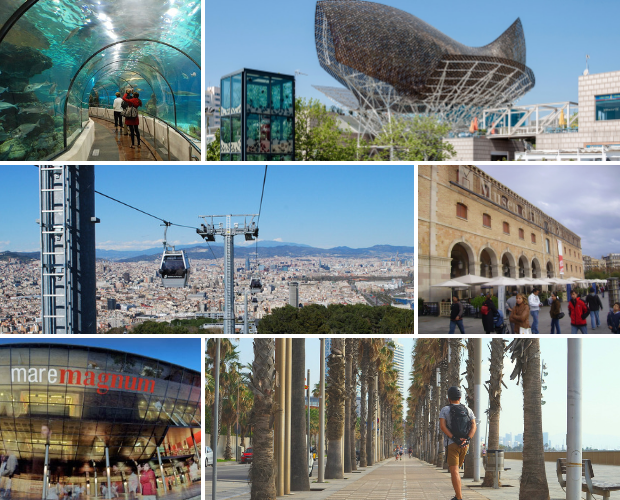 Where to eat in La Barceloneta

Speaking of the restaurants in this area, you really have a boat-load of options. The newest of BCN’s 5-star hotels, the W Hotel, resembles the famous Burj Al Arab in Dubai. They have a beautiful beach bar area, where you can pay 14€ for a drink and enjoy the atmosphere and scenery.

El Mirador de Sant Just is a leisurely space with a restaurant located inside of the chimney of the old cement factory “Sanson” in Sant Just Desvern. It’s worth making the trip up just for the astonishing view of the sea and the city. But, of course, the modern, seasonal food will not disappoint you either.

Segons Mercat, whose name in Catalan means “Second Market,” serves local Catalan seafood classics and is on the Michelin guide. Besides all the fancy restaurants, there are plenty of nice local restaurants for travelers with a limited budget.

la Malandrina is a cool one, for example. They don’t accept credit card, so prepare to pay with cash and to enjoy authentic Uruguayan bocadillo sandwiches.

Maybe you haven’t heard about La Cova Fumada, but you have definitely dreamed about la bomba de Barceloneta, a Catalan tapa that consists of a mashed potato ball filled with meat. La Cova Fumada opened its doors in 1945 and la bomba is one of its most well-spread inventions.

Barceloneta Market is one of the most important fish and seafood restaurants in the city.  It was recently renovated from head to toe and is a great place to check out on the weekends. 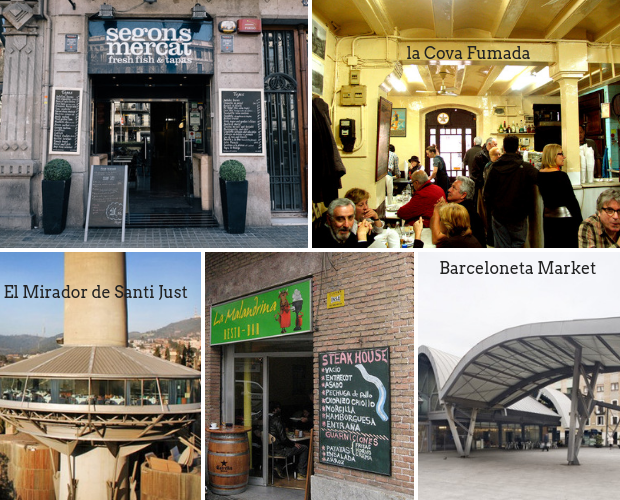 The construction of the Barceloneta neighborhood has a more modern feel to it. Along the boardwalk and in the surrounding area you will find various contemporary buildings and sculptures. However, if you wander through the back streets, there is still an old city feel. A great place to have a picnic is the Parc Ciutadella and it’s just a short walking distance from Barceloneta. This neighborhood is also very close to the city center and is accessible by walking or taking the metro (Barceloneta, L4). If you plan on spending your trip on the beach while in Barcelona, the Barceloneta neighborhood is the perfect place.