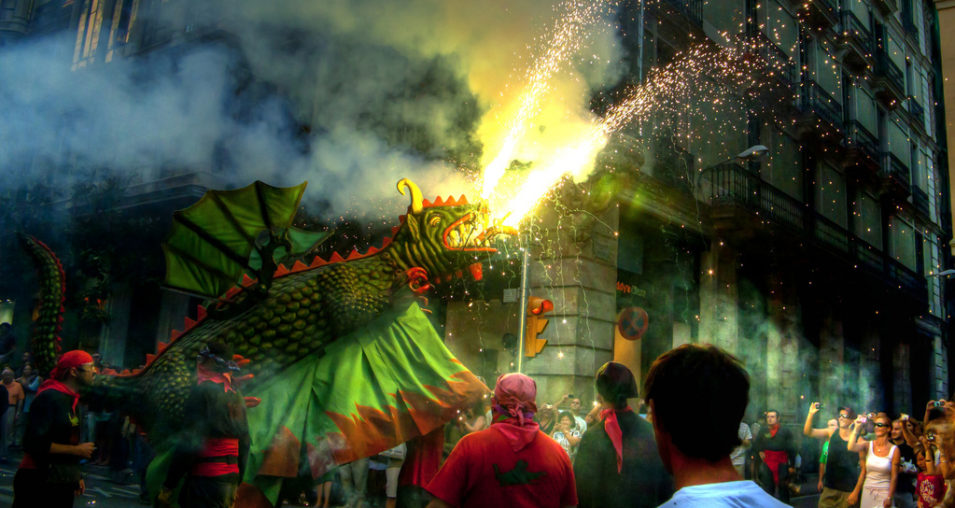 If you find yourself visiting Barcelona around the 15th to 21st of August, you will witness one of the most enticing street festival of the city, known as Fiestas de Gracia. The opening speech is always held a day before the actual festival and every year it is held by different established artists or other distinguished members of the community. The festival begins with a parade, during which people flock to the streets to enjoy the Festa Major de Gracia. Dragons, giants, cannibals and many different personalities, characteristics, and interesting large human-sized puppets are also often in attendance.

During this week, there are over 500 ongoing activities to observe, enjoy and participate in, as well as a party-filled atmosphere that fills the streets and districts of Gracia. This festive week is full of parades, open-air concerts, dance performances, workshops, theater acts and fireworks. Many people join the long-lasting festival and enjoy the exciting and slightly overwhelming ambiance in the otherwise peaceful residential neighborhood. Originally, over 116 years ago, this festival took place just outside of Barcelona but it has since then earned its own identity in this admired city.

Take advantage of this unique opportunity during your short-term stay or long-term vacation in Barcelona. Join in the fun and learn a bit about local culture, and do it all for free! The lights are lit around 8.30p, which is the best time to visit the streets. But beware! There will indeed be a crowd. 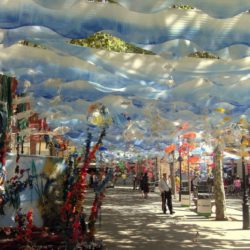 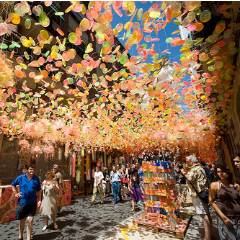 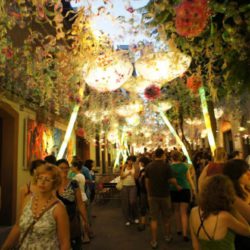 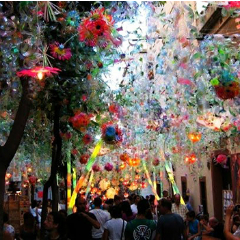 Be sure to book your accommodation prior to the event to be able to take part in it and enjoy it to the fullest.

The festival includes a competition in which different streets in the neighborhood are decorated by residents. One is selected as the best-dressed street in Gracia. The neighborhood takes this competition very seriously. The district gathers together for months on end to turn the streets of Barcelona into a real life fantasy world. Each year the various streets take on a unique and distinctive theme, which remains a secret until the party starts!

Another popular tradition during this festival is the correfoc (games of fireworks) in which costumed people dance and run around amidst fireworks. Devils, dragons and monsters dance to the rhythm of drums and breathe out their astonishing fire breath into the crowd. But don’t worry if you have children with you. There is also a less frightening firework show intended for children. If this doesn’t seem like your thing, don’t worry! The festival has something to suit everyone’s style of entertainment. Other popular events include live concerts and traditional Catalan dances.

Some come out and enjoy this year´s Fiestas de Gracia!